TV Shows To Watch To Keep Your PRIDE Going! 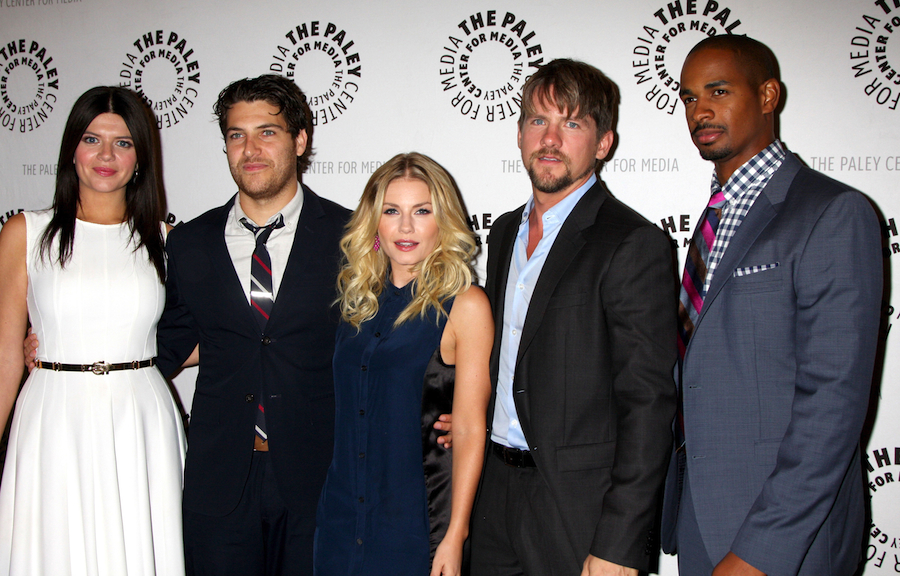 Pride month may be coming to a close soon, but that shouldn’t mean you forget about LGBTQ+ rights and all the culture that comes with the movement. To keep your pride alive, here are some TV shows to binge-watch that do a particularly good job of depicting and representing LGBTQ+ characters...

David, one of the main characters on this show, is gay, but it takes him a long time to come to terms with it. He fears telling his family, and he often prays that he’s not actually gay. His reluctance to understand his true self brings inevitable conflict in his relationships and self-perception. But through the course of the five seasons of the show, we watch David not only come to terms with his sexuality but also find pride in it. By the end, he’s content with his life and partner and he shows us how accepting ourselves in priority number one.

“Happy Endings” is a lot like “Friends” except with a more diverse cast of characters. One member of the group of friends is Max, who’s gay. Though Max is hesitant to disclose this to his parents, he is comfortable with who he is. However, the interesting thing that “Happy Endings” does is that Max embodies the antithesis of all typical homosexual stereotypes that many other comedy TV shows depict. Instead, Max’s sexuality is just another casual part of his identity. It’s not played up and focused on, and instead Max is allowed to be just another character — casually dating, dealing with other daily issues, and hanging out with his friends.

“Grace and Frankie” follows the story of two women-of-a-certain age who bond over the fact that both their husbands left them -- for each other. These are men who, later in life, find that they love each other and no longer find the same happiness in their heterosexual marriages. As this truth comes out, the two men start their relationship while their wives find friendship and comfort with each other. This comedy shows that compassion and understanding can be found toward homosexuality in an older generation as well, and that when you’re true to yourself, you can at last find happiness.

When “Glee” first arrived on the TV landscape, it was immediately clear that it was going to cause a movement in young adult TV programming. “Glee” refused to cater to typical character tropes: one of the main characters was gay and another was a Christian girl who accidentally got pregnant at 16. Kurt, who’s gay, has to deal with high school bullies and his own acceptance, which he struggles with mostly because others, like his father, struggle with it. But Kurt finds happiness amongst his friends and is able to pave a way for his other fellow schoolmates to come out in a safe environment.

Two of the main characters in “Jane the Virgin” are lesbians and are the most powerful people on the show. One of them, Rose, drives much of the drama in the first season, and Luisa, who’s in love with her, instigates the entire plot of the show since she’s the one who accidentally artificially inseminates Jane in the first place. Besides being crucial to the plot, Luisa, Rose, and another of Luisa’s love interests, Susana, are often found in a love triangle, which is a typical romantic trope in TV heterosexual relationships but not homosexual ones. The fact that the shows writers chose to shift focus from Jane’s love triangle to one that featured three women was a risky move, but a pretty awesome one.