TV FROM AROUND THE WORLD: "Marianne" (France) 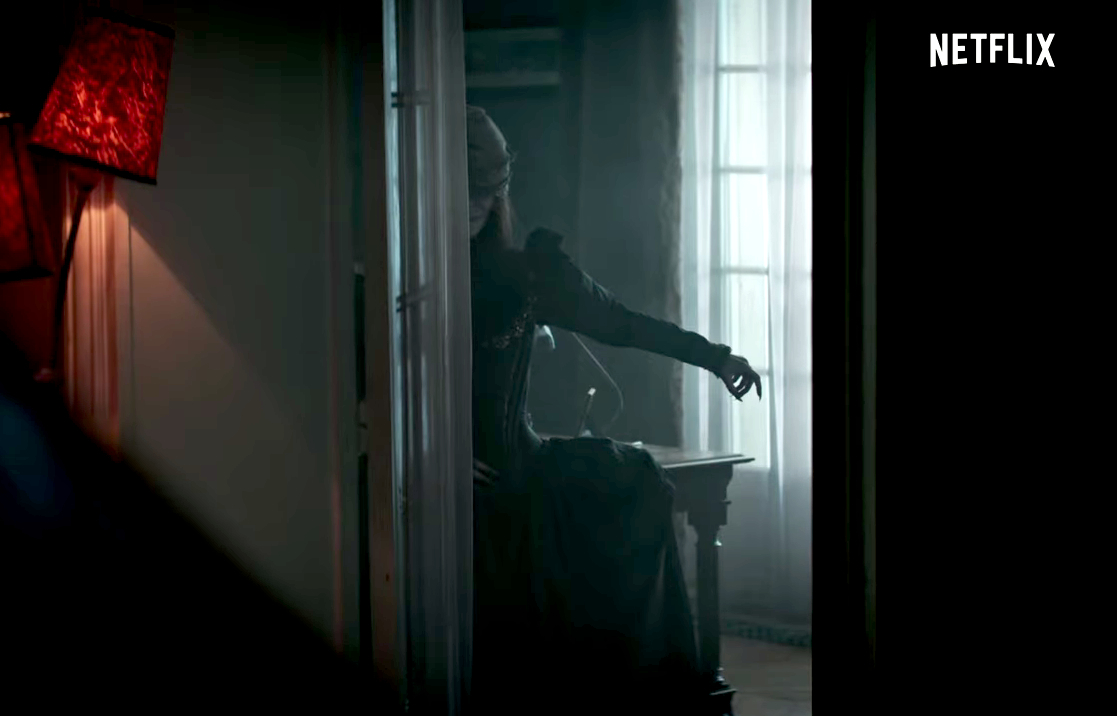 Looking for a new horror television series to binge? Here’s one so scary it might give you nightmares!

Netflix’s new horror hit is the french series “Marianne”, released just last month. Yes, Friday the 13th. It currently has a 100% on Rotten Tomatoes, so clearly people like it. There’s only one season so far, with 8 episodes between 36 to 52 minutes long.

Even the master of horror himself Stephen King gave it his endorsement:

If you're one of those sickos--like me--who enjoys being scared, MARIANNE (Netflix) will do the job. There are glints of humor that give it a STRANGER THINGS vibe. It also has (I say it with all due modesty) a Stephen King vibe.

The series is about a famous horror novelist, Emma Larsimon (Victoire Du Bois), who is drawn back to her hometown and starts to discover that her fictional characters might not be as fictional as she thought.

You might recognize the lead actress from Call Me By Your Nameas, with whom Oliver (Armie Hammer) has a short fling. Another cast member, Tiphaine Daviot, who plays Aurore, also stars in another french Netflix show, “Black Spot”. It’s also a horror TV series, kind of a detective drama like “True Detective”, and another great show worth checking out!

Anyway, back to “Marianne”. The show plays into some classic horror clichés, but they are so well-executed that it doesn’t even matter. The story revolves around the supernatural, dealing with demons and possession. It’s very intense with a lot of dark, dark moments, starting from the very first scene. It’s not just psychological horror either, as there is plenty of gore and body horror involved. I mean, there's a reason people are calling it "the scariest show on Netflix". And that’s all the warning I’ll give!

If you like shows like “The Haunting of Hill House”, “American Horror Story”, or “Penny Dreadful”, then you should definitely check out “Marianne”!