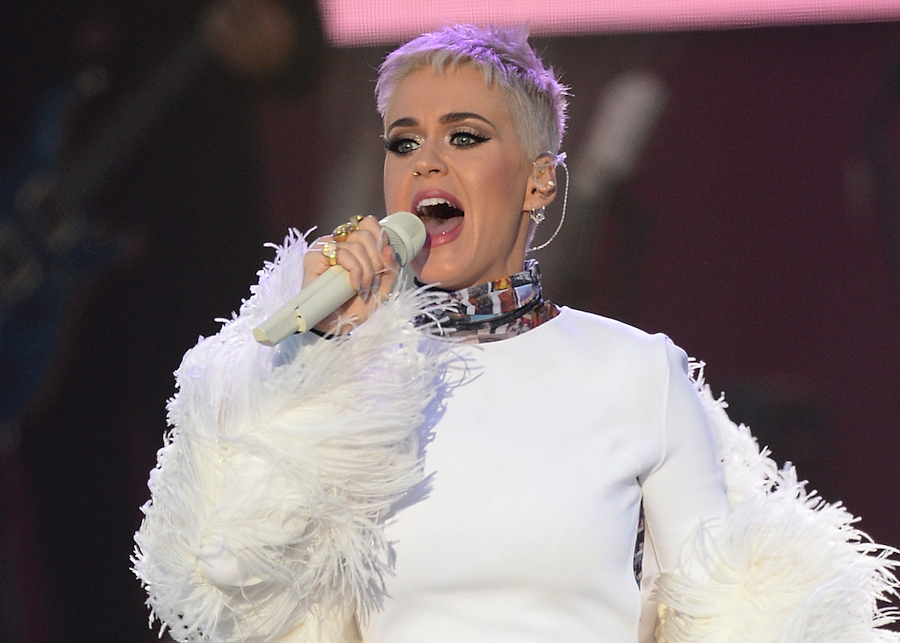 Katy Perry has made major waves this past year due to her loud political voice, feud with fellow pop star Taylor Swift, and high-profile romances. However, possibly the biggest wave of all comes with the excitement surrounding her new album Witness. In her fifth album, Katy sounds as progressive and inspirational as ever! Since her last album Prism, released in 2014, Katy has evolved into a girl power queen, stressing the importance of believing in yourself and standing up for what you think is right. Empowering and emotional, Katy Perry is real and doesn’t hold back in a single track. Check out a track-by-track break down of the album below!

Katy begins the album with the title track which sends a message of craving stability. Be it the hard times, good times, or the in-between, she begs for someone to stick with her through it all – someone who connects with her on a level that no one else can. The theme of this song definitely sets the tone for the rest of the album. It lets you know where she’s at, where she’s coming from, and where she wants to be. “Witness” feels purposeful, and it’s impossible to not groove to.

Favorite Lyrics: “If I lost it all today, would you stay? / Could my love be enough to stimulate?”

Hey, this is the ultimate girl jam! Katy is sticking it to The Man in this upbeat song, declaring her independence and determination. Don’t underestimate her, there’s nothing that can hold this girl down and she’s got the smarts and money to prove it.

Favorite Lyrics: “I ain’t got no strings / I’m no one’s little puppet / Got my own cha-ching / In my chubby little wallet...”

Are you tired of always doing the right thing? So is Katy! This track is dedicated to that person that keeps popping back into your life, and even though you know you should ignore them, you just can’t. Put on your dancing shoes, hit the town, let your on-again-off-again know what club you end up at so they can join you and just have fun. The electronic beat is perfect for blasting through your speakers, so get to it!

Favorite Lyrics: “Big city lights got me flirting with fire / Tonight Imma let my hair down / Have a few rounds and just let go / Like roulette...”

This song has been creating quite the buzz since its release as a single. Allegedly aimed at her long-time beef with T-Swift, “Swish Swish” is drama and Katy doesn’t have time for it. With the help of Nicki Minaj, Katy is warning everyone that she is a force to be reckoned with and she’s not going anywhere.

Favorite Lyrics: “So keep calm, honey / Imma stick around for more than a minute / Get used to it / Funny, my name keeps coming out your mouth / 'Cause I stay winning...”

They say that the definition of insanity is doing the same thing everyday and expecting something to change. Katy is crawling in a circle of insanity, trapped in a relationship destined for failure. It’s all “déjà vu”, causing every day to feel like the last. She begs for her significant other to tell her something new, something impactful, something that adds to the relationship. If you’re not in it for the love, what are you in it for?

Favorite Lyrics: “I live off the echoes of your I love yous / But I still feel the blows from all your don’t want tos...”

Katy has received a crazy amount of attention in the past year for voicing her concerns with politics and pushing for more feminist power. This track really echoes that. Notably, she compares herself to her mother, who she respects immensely but says that she has to do better than her so that she’s treated like an individual and not someone who comes second to men. The sound of “Power” is very reminiscent of that from Katy’s second album Teenage Dream. The lyrics will make anyone feel strong and, well, powerful!

Favorite Lyrics: “'Cause I’m a goddess and you know it / Some respect, you better show it / I’m done with you siphoning my power...”

For all of those who have felt like they’ve hit rock bottom and just don’t understand anything going on in their life, this song is for you. This electro-pop track addresses Katy’s troubles with constantly finding herself in the way of moving on with her life. “Mind Maze” echoes the feeling when you find yourself lost in your head and everything seems like the wrong move or just doesn’t make sense. She’s just begging to get out of the unknown.

Favorite Lyrics: “Dancin’ on a wire / Jugglin’ desire / Every hit gets harder / When you’re fighting without armor...”

Get the tissues ready because tears are sure to fall listening to this track. “Miss You More” just might be her most emotional song yet (and that’s including her 2010 tearjerker “Not Like the Movies”)! Katy gets extremely honest explaining that she misseshim more than she ever loved him. It’s a bittersweet feeling for her, to see him doing things and living life without her. They obviously weren’t meant to be, but she wishes they had been. I can’t help but wonder if this track pertains to her most recent romance with Orlando Bloom, or maybe even ex-husband Russell Brand, but whomever it’s about definitely should take a listen to this slow, soft ballad.

Used as her message to audiences during the 2016 presidential election, “Chained To the Rhythm” asks listeners to evaluate their surroundings and how they’re living their lives. Katy and Skip Marley come together on this track to inform us that if we stay too confined in our own little bubble and fail to keep ourselves informed, we won’t notice when we’re in trouble. You’ve got our attention, Katy!

Favorite Lyrics: “Aren’t you lonely? / Up there in utopia / Where nothing will ever be enough...”

Tsunamis are massive tidal waves causing huge bodies of water to come together and flow in a vicious way. Like the ocean storm, Katy is craving a relationship that moves and grows, causing big things to happen. This track stresses the idea that we should leave fear at the door when entering a new relationship. She wants her significant other to dive right in, stir things up a bit, and flow through life with her. What a metaphor!

Favorite Lyrics: “You’re waking up an ocean of emotion that my body can’t hide / Tsunami / Now you’re soaked in my devotion 'cause you opened up a paradise...”

Don’t be confused with the title of this song, this track has borderline NSFW lyrics that don’t talk about food… necessarily. Katy Perry and Migos turn the temperature all the way up in this song. The first single from Witness and by far the most upbeat song on the album, “Bon Appétit” is all about seduction and “sweet potato pie.” Migos adds a fun and energetic feel to the song.

Favorite Lyrics: “Looks like you’ve been starving / You’ve got those hungry eyes / You could use some sugar / 'Cause your levels ain’t right...”

Working hard and pushing herself is not new to Katy, but in this song, she explains why it’s so important to do that. “Bigger Than Me” highlights the importance of looking beyond yourself, your wants, and your needs to grow and participate in something bigger. No matter how much fear stands between you and fighting for what you believe is right, Katy sings that you just have to push through and find strength to do it. So empowering!

Favorite Lyrics: “So I speak the truth though my voice shakes / Try to summon the strength and look fear in the face...”

Fitting the title of the song, the track begins with the hollow sound of fingers typing furiously on a keyboard. “Save As Draft” is my personal favorite song on this album. I love Katy the most when she is in deep with her feelings, pouring out the truth of how she really feels in a particular situation. This song does just that. She is obviously dealing with a hard break-up, and instead of putting up a strong façade, she isn’t afraid to be completely honest with her audience that moving on is hard to do. She struggles between wanting to reach out and show interest in him, yet she knows that it’s better in the long run just to let it go. Her heartache is harrowing, yet beautiful.

Favorite Lyrics: “Yeah I will always be here for you but I could no longer stay / Still my body goes in shock every time I hear your name...”

“Pendulum” will put a giant smile on your face. As we can see with the entirety of the album, Katy Perry is all about self-love and empowerment. This song is like a theme song for happiness. Katy wants us to stay true to ourselves and remember all of the work it took to get to wherever we are in life. So, do what makes you happy, don’t listen to what other people say, and listen to this song while you’re doing it!

This is the perfect note to end the album on! In the opening track, Katy longs for someone who connects with her on a level no one has reached before. In this song, we see that she received just that. It’s like reading a book -- there’s a clear beginning (we know exactly what she wants), and in the end, she gets the resolution she was hoping for. “Into Me You See” is an intimate track, slow and melodic, explaining the openness she is finally able to feel, and I can’t help but feel happy for her.

Favorite Lyrics: ‘But then you came in like a sailor with a heart that anchored me / And every day I wake up grateful I’m no longer lost at sea...”

Which new Katy Perry song is your fave?

(Image via Dave Hogan for One Love Manchester/WENN)