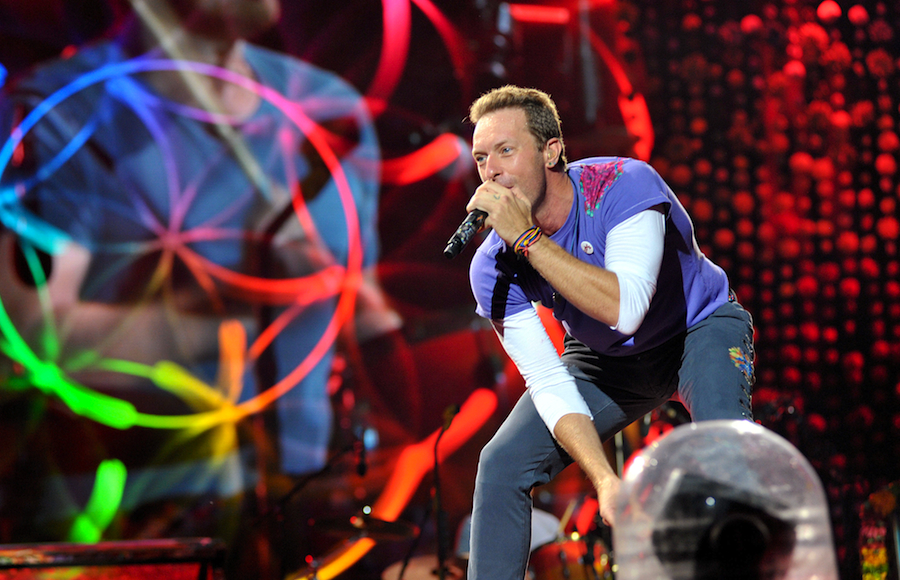 Coldplay has been becoming increasingly prevalent as of late with their feature on the Chainsmokers song “Something Just Like This” and their past singles like “Adventure of a Lifetime” and “Hymn for the Weekend”. Last week, the band released a five-song EP entitled Kaleidoscope, and although there’s not yet word on if they’ll drop a full album anytime soon, we have these new songs to tide us over until that potential date. Let’s run through these songs to see how they stack up...

The intro beat is enough to get me hooked, and then Chris Martin’s voice comes in to count us into the song. Though the beat is slow and nothing like the Chainsmokers one, it’s still an addicting and soothing track that’s keeping me hopeful for the rest of the album. And by the end of the song, a full orchestral sound is booming behind Martin’s voice and the song comes to a sudden halt to lead us into the next track.

Favorite lyrics: "If all that I’m on earth to do is solo / Then what a lone poor shoe..."

The soothing vibes pick up where we left off in this song. A more pop-infused beat leads us into the next verse, and then Big Sean takes over to lend some rap lyrics to this song about never giving up and following your dreams. It’s full of inspirational lyrics, but the song’s also got some killer beats which means it’ll probably end up on the radio soon.

Favorite lyrics: "You’ve got bright in your brains and lightning in your veins..."

Just like the song’s title, this track has some otherworldly vibe going on. The spastic percussive beat and slow lyrics make listeners feel like they’re soaring through space, and the robotic sounds that come in around the halfway mark perpetuate this concept.

Favorite lyrics: "We took photographs just some just so history has some to know..."

4. “Something Just Like This” (Tokyo Remix) (feat. The Chainsmokers)

Wait, we know this song already! This live version of the hit song features a crowd cheering and singing along with Martin’s lyrics, so if you’re not a fan of live versions, perhaps skip this one. However, the energy on this track is unmatched since you’re getting all the excitement of a massive live concert along with the song that you now know so well. Plus, Coldplay throws in a little extra beat toward the end, so you’re getting a little something new too.

Favorite lyrics: "I’m not looking for somebody with some superhuman gifts..."

And now, at the end of this EP, we’re back to the chill vibes. Light percussion instruments tinkle throughout the intro and it’s not until we’re over a minute into the song that vocals enter. It’s a sweet song about falling in love and accepting your flaws in order to allow yourself to be vulnerable. It’s a lengthy song, but it takes the listener on a journey with its full, multi-instrumental vibe that’ll leave you feeling like you, too, are hypnotized. It might be the last song on the album, but it’s also the best one.

Favorite lyrics: Now I’m hypnotised, yeah I trip when I look in your eyes.

So, after finishing the album, which song is your favorite?