SDCC Preview '17: What To Expect At The Biggest Pop Culture Party Of The Year! 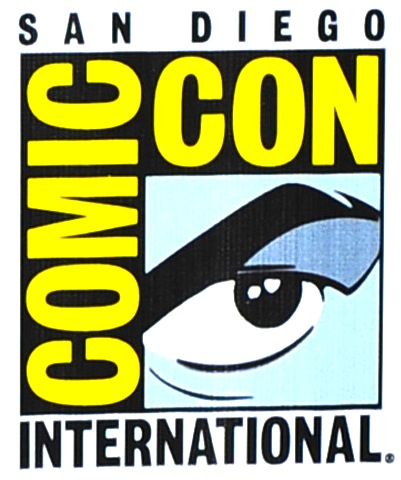 The madness is about to begin! San Diego Comic-Con will take place this week from July 20-July 23 at the San Diego Convention Center (and the neighboring Gaslamp District... and pretty much the entire city of San Diego, let's be real), where your favorite TV shows, movies, cosplayers, and comics will come together under one roof. Young Hollywood is here to help you with all your Comic-Con planning, whether you’re heading there or planning to watch it all via streaming. Here are a few answers to your burning Comic-Con questions!

When are some of the biggest movie panels?

The two biggest movie panels are on Saturday. Warner Bros. will kick the day off with a panel dedicated to Ready Player One, Aquaman, Blade Runner 2049, and Justice League in Hall H from 11:30-1:30pm. Shortly after, Charlize Theron will host the Women Who Kick Ass panel, from 1:45-2:30pm in Ballroom 20. The day will conclude with DC’s rival, Marvel, as they take over Hall H from 5:30-7pm. Throughout the weekend, there will be a few other notable panels, including Star Wars Fandom: The Early Years and Behind the Battle: War for the Planet of the Apes.

When are some of the biggest TV shows appearing?

“Teen Wolf” (MTV): The cast and executive producer Jeff Davis will hold a panel in Hall H from 2-3pm to discuss the highly-anticipated final season. If you want to score their autographs, hit up their booth on the floor on Friday.

“Rocko’s Modern Life” (Nickelodeon): The cast and creators of the hit '90s Nicktoon will gather at the Convention Center in Room 6A to discuss the show’s legacy. The panel will be held from 1:45pm-2:45pm.

“The Inhumans” (ABC): The newest show from the Marvelverse, “The Inhumans” will be introduced to audiences with a panel featuring the cast and crew in Ballroom 20 from 6:15-7:15pm.

“Battlestar Galactica Reunion” (SyFy): The cast and crew of the famed sci-fi series will reunited to discuss the impact of the show. The panel will run from 2:30-3:30pm in Ballroom 20, so if you are also a “Teen Wolf” fan, you’re going to have to pick between the two!

“Game of Thrones” (HBO): Winter has come in Season 7 of the HBO hit drama -- and this will be the first time that the show is actually airing episodes during Comic-Con. A number of cast members from Winterfell and beyond will discuss what’s to come next in the following episodes in Hall H (of course) from 1:30-2:30pm.

“The Walking Dead” (AMC): The zombies are back (and so are some of the remaining survivors) to discuss Season 8. The series returns in October (just in time for Halloween!) and the cast and crew are set to reveal a few juicy tidbits during their panel in Hall H from 12:15p-1:15pm. (Bonus: if you are a fan of “Fear the Walking Dead”, arrive at 11:15 for their panel too!)

“Outlander” (Starz): Season 3 of the historical romance/sci-fi/drama (any other genre you want to throw in there) will premiere in September, and the cast and crew will be on board to discuss what to expect. Will Jamie and Claire be reunited? We’ll have to watch to find out, but hopefully they will reveal some details at the panel from 5-6:30pm in Ballroom 20.

“Rick and Morty” (Adult Swim): Wubba-lubba-dub-dub! Season 3 of “Rick and Morty” is just around the corner, and the cast and crew will reveal what adventures await. I’m keeping my fingers crossed for more Mr. Meeseks! The panel takes place from 1:15-2:00pm in the Indigo Ballroom.

“Westworld” (HBO): The sci-fi robot western won’t return until 2018, but thankfully the cast and crew will be on hand to hopefully reveal what’s to come. The sophomore drama will hold its panel in Hall H from 4:15-5:15pm.

“Once Upon a Time” (ABC): No one is entirely sure what will happen in Season 7 of “OUAT”, especially since half the cast left at the end of Season 6. Hopefully some of the details of the new season will be revealed during their panel from 10-10:45am in Ballroom 20.

“Riverdale” (CW): No one quite expected the modern Archies drama to be quite the hit that it was, but no one is exactly angry to have a second season of “Riverdale” -- we need more Archie/Veronica/Betty drama! The cast and crew will reveal a sneak peek of what’s to come from 11-11:45pm in Ballroom 20.

“Stranger Things” (Netflix): The second season of the '80s throwback sci-fi thriller (I’m not entirely sure what to call it) will return in October, and the cast and crew will pop on by to tell us what to expect next. The panel will be held from 3-4pm in Hall H.

“Supernatural” (CW): The supernatural drama (see what I did there?) will soon be coming to a close, so find out what’s in store during their panel from 10:30-11:30am in Hall H.

“Doctor Who” (BBC): It wouldn’t be Comic-Con without “Doctor Who”! The annual panel will be held from 2-3pm in Hall H.

Be sure to do a good deed:

The annual Comic-Con blood drive will take place (it’s in its 41st year!) over the weekend. Last year, 1,295 pints of blood were collected. If you donate, you’ll receive a free Guardians of the Galaxy T-shirt as well as a goodie bag. The blood drive will take place Thursday-Saturday from 9am-6pm, and Sunday from 10am-3:30pm in the Coronado Ballroom in the Manchester Grand Hyatt:

What’s happening outside the convention center?

Sessions: The Legion Mixed Reality Experience: Ready for something trippy? Then head over to FXHibtion’s mixed reality experience of “Legion”, where you will actually step into the mind of David Haller. The experience will take you through Season 1 (and some of Season two!) and will not only feature Microsoft’s HoloLens, but real-life actors to create an immersive experience. “Legion” isn’t the only show FX is featuring -- “American Horror Story” is back with their own interactive adventure, and “Archer” has a ‘wet bar’ (not sure if that actually includes alcohol).

Adult Swim on the Green:Adult Swim’s oddball carnival is back, where you can receive a “mind massage” from the Meatwad Dome 4D Experience, a tarot card reading, and prizes (there are lots of games!). This year will put “Rick and Morty” in the spotlight thanks to the #Rickmoblie and a night with Rick and Morty on Saturday (which will be moved to Petco Park -- they are that popular!).

Skydance Interactive Gamer’s Lounge: If you want a break from the melee, head over to the Hard Rock Cafe where you can play Skydance Interactive’s new VR game, Archangel. Set in a dystopian future, Archangel puts you in charge of a one-of-a-kind weapon that can take down a tyrannical cooperation that’s taken over America (hint: it’s not Walmart).

The LAIKA Experience: For a bit of culture, head to the free LAIKA exhibit, where you can see props, puppets, monsters, and sets from LAIKA’s films (these are the guys who brought you Paranorman and Kubo and the Two Strings). The exhibit is set to open on Friday, July 14, and will run through to the end of Comic-Con.

Tick Takeover: Amazon Prime Video is bringing back “The Tick”, and in order to celebrate, they’re bringing the world of “The Tick” to life. Situated on the MLK Promenade across the street from the Convention Center, The Tick Takeover will take visitors directly into the world of “The Tick”. The immersive experience will feature an animatronic replica of the Tick’s head, a challenge-based scavenger hunt, and best of all, the Amazon Prime lounge, an air-conditioned lounge where citizens can watch the first episode of “The Tick”.

Game of Thrones: The Musical: From the creators of Once Upon a Time: The Rock Opera comes Game of Thrones: The Musical! Featuring 12 original songs, the musical first had its premiere in West Hollywood in February, where it was an instant hit. The show is returning for its debut in San Diego at the Tenth Avenue Arts Center, and will have two shows at 6 & 9pm (as well as a bonus midnight show on Friday). Tickets are available here, and the best part is that 5% of the sales will go to the Wayne Foundation, a charity dedicated to eradicating sex trafficking in America.

Comic Book Legal Defense Fund’s welcome party: Held from 8-11 pm at the Westgate Hotel, this soiree (featuring a special gallery) is free for members and only $10-20 for non-members. RSVP here.

Syfy Fan Party: This free box social will include DJs and a musical performance by the Spazmatics. Held at the New Children’s Museum, this is a first come, first served event--so be sure to get there early! The fun runs from 9pm-2am.

MTV Fandom Fest: Held at Petco Park, this MTV blowout is always a popular one. Featuring food, drinks, giveaways, and games, the Fandom Fest is open to all Comic-Con badge holders. Join the party from 7-11pm.

Red Wedding Afterparty: Don’t worry, this isn’t to celebrate THAT Red Wedding (which we are all still crying over) but to celebrate the end of Comic-Con! This raucous dance party will be held at the House of Blues.