TRACK BY TRACK: BLACKPINK's 'The Album' 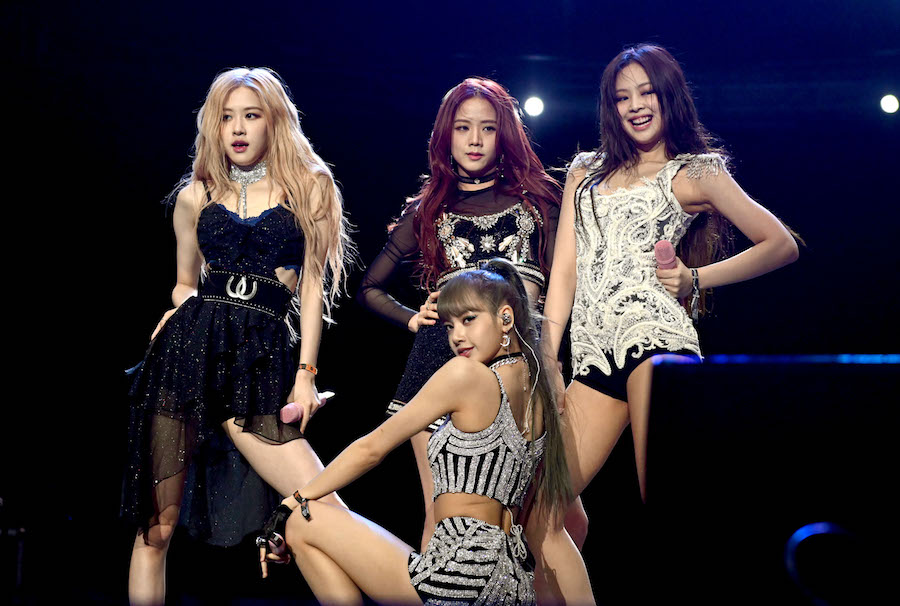 If you have been looking for your new favorite girl group or K-Pop singers to swoon over, you do not have to look much further than here!BLACKPINK has been around since August of 2016, when YG Entertainment formed the South Korean group with membersJisoo, Jennie,Rosé, and Lisa. Since then, they have released numerous singles, and with their powerful fashion, insane dance choreography, and catchy lyrics, they have slowly made their way into the American music scene.

BLACKPINK has kept fans waiting since their initial debut to release their first Korean album, which has finally arrived. The album, coincidentally titled The Album, contains 8 tracks that are bound to keep you singing and dancing in your bedroom this weekend!

Here is a track-by-track breakdown of BLACKPINK’s The Album!

As an album opener, “How You Like That” combines all of BLACKPINK’s signature trademarks: the classic “BLACKPINK in your area” as well as strong vocals, fun lyrics, and an ooze of confidence. This song was released 3 months prior to the recent release of the album during the prime of our global pandemic, so BLACKPINK wanted to release a song that contains the important message that, even in the darkest of times, we have to continue to fight and power through! The song has since become increasingly popular on the social media app, TikTok, and one of the more popular songs on the album.

BothSelena Gomez and BLACKPINK have been dying to get into the studio together and finally got the opportunity to with this catchy and fun song of the summer! “Ice Cream” was the most recent single that the K-Pop group has released and did not disappoint as they brought fans into their bubblegum dream world when they dropped the highly-anticipated music video. With lyrics like “Diamonds on my wrist, so he call me ice cream / You could double-dip 'cause I know you like me / Ice cream chillin', chillin', ice cream chillin'", I promise you will not be able to get this song out of your head!

“Pretty Savage” heats up quickly, with a fast-paced rap verse regarding their dominion over the other K-Pop groups within the industry. As a whole, this track discusses the fame, fortune, and success that music has brought them, as well as the social media hate and backlash that they have received over the past four years. While these four singers seem pretty, innocent, and sweet, as this song describes, they can get pretty savage as well! The third track of this album resembles that of a diss track, but one that actually has great lyrics, amazing vocals, and artists who can actually rap!

As many fans’ favorite song on the album thanks to the insane collaboration with Cardi B, “Bet You Wanna” is the definition of perfection. The song is about the self-confidence of Jisoo, Jennie, Rosé, Lisa, and, of course, Cardi B and how everyone wants a piece of them. Whether it is for their fame, money, or looks, these ladies have all of their love interests wrapped around their fingers. For those of you who have not become obsessed with K-Pop quite yet, this is the perfect song to dip your toes into the genre, as the song is entirely in English, and with these catchy lyrics, memorizing every word won’t be too difficult!

“Lovesick Girls” is the perfect pop hit with a twist of EDM and is considered the album’s main track. The song, with lyrics written by both Jennie and Jisoo, is the heartbreak anthem that we all can shout from our rooftops. Once again with catchy lyrics and an undeniable beat that is bound to make you want to dance, “Lovesick Girls” describes the feeling that we all have about the desire to fall in love, even though we know the pain that it will cause us. The music video shows us this same story, as it walks us through the heartbreak of each of the singers.

“Crazy Over You” is the sixth track on the album that brings together a variety of sounds and styles, ultimately creating a song that keeps us all on our toes. The lyrics talk about a boy that the girls become so in love with that there is nothing that they will not do to keep him in their lives. The love that they are describing is one of love at first sight. While a relationship like this can bring about jealousy and longing from others, as these girls sing, nothing will keep them from being with the guy they consider to be “the one”.

Hooked by the first note, “Love to Hate Me” is a song about how envious everyone around them has become since BLACKPINK skyrocketed to fame over these last few years. With such a fast rise to fame, especially in America, many of the people who were considered to be close friends with BLACKPINK have since fallen out of their comfort zone. Whether this was for reasons to do with jealousy or money, we all know the saying “Haters gonna hate”, and they are going to do that, even more, when you are sitting in the center of the spotlight.

The eighth and final track of the album, “You Never Know” is a motivational reminder to all of their fans to continue to follow your dreams! With hate and jealousy all around you, as well as your inner critic and obstacles flying from every direction, achieving our dreams can seem incredibly difficult, but BLACKPINK reminds us that there is no one standing in our way except for ourselves. “You Never Know” is the perfect end to the group’s first Korean album!

If this breakdown of each of the tracks got you excited to stream BLACKPINK’s The Album, do not wait any longer. Grab your headphones and start listening to The Album on all available platforms now!