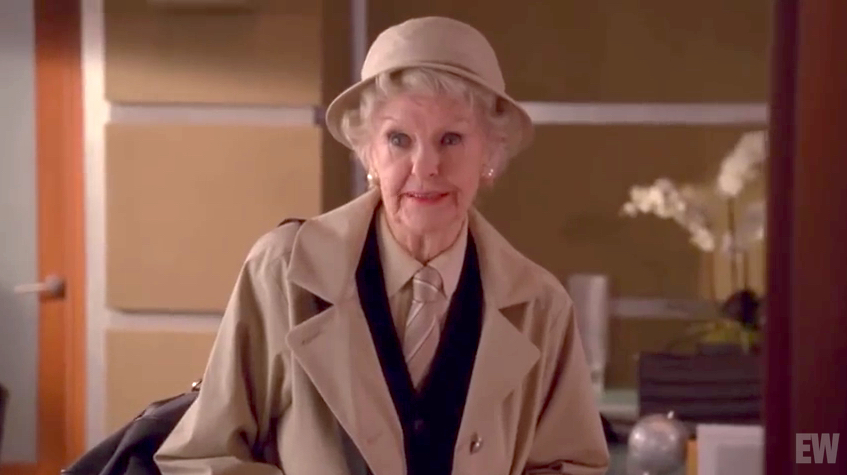 Mother’s Day is on the way, and that means an influx of thinkpieces about the best and/or worst TV moms, but I want to go in a different direction and instead highlight those fictional matriarchs that have kind of gotten a bad rap over the years. Maybe even unfairly so? Let’s take a look at some of the TV moms that really make it hard for anybody to love them but actually mean well at the end of the day...

This one is special to me. It’s actually something that my own mother showed me when I was a pup. I love this show despite its faults and a major one for me has always been Joyce Summers. In college, during a class on fairy tales, I really dissected “Buffy the Vampire Slayer” and learned that perhaps the reason why I thought Joyce was such a terrible mother was due to the fact that fairy tales are legendary for their lack of parents. Think about your favorite fairy tale and then think about the lack of parents. The closest I could come to finding a tale with active parental figures is Red Riding Hood, where it’s all about Red visiting her grandmother. Even if you take out the whole “grandma got eaten by a wolf” part (grandma being the only parental figure), there’s the fact that Red Riding Hood, usually depicted as a pre-teen girl, is going through these dark woods with hungry wolves prowling the grounds… yeah. But it makes sense in “Buffy” that her mother is notably absent quite a bit due to this old trope. But then when she finds out that her daughter is a vampire slayer, she kicks her out of the house. Wtf, Joyce? No matter what her actions were, though, it was always apparent that she loved Buffy, and whenever the Buffster fell on hard times, Joyce was there with some ice cream and a movie.

Hated by many fans -- even her creator Akira Toriyama seems to have extreme dislike of her -- Chi-Chi stands in the “Dragon Ball” canon as one of the most misunderstood characters. She and Goku getting married makes very little sense on her end to me, but still she kept her word in marrying him. (Goku agreed because he thought it was food… what a loveable idiot.) After getting married, Chi-Chi had their first son, Gohan, and then she seemed to go rage crazy. She became very harsh and shrill towards her son, only wanting him to study and become an academic rather than fight in high stakes, dangerous situations that would kill most grown men instantly. See, when you look at it that way, she actually seems like a pretty good mom. Sure, she was strict, but before “Dragon Ball Super”, what income was Goku pulling in? Chi-Chi’s dad was the king of a volcano island, making him at least somewhat rich (he is a king). Seems to me like Chi-Chi and Goku were riding on those lava dollars and skating by on prize money from that one tournament Goku won. Why wouldn’t Chi-Chi be strict with her son’s studies?

Oof. This show is bleak, especially when it comes to parents. Charlie, the show’s resident bastard, has only his mother to fall back on (and his heavily-implied father/roommate Frank Reynolds). It’s a shame because his mom is bat-crap insane. Of course, Charlie huffs paint and glue in his free time away from his job of killing rats in the basement of a dive bar. Charlie’s mom has whored herself out, drunkenly confronted a woman who doesn’t return her son’s love, and even tried to get an abortion but Charlie survived. What this all leads to, however, is a deep-seeded love for her son. In the Christmas special, we learned that Bonnie would whore herself out to multiple men dressed as Santa every Christmas in order to put presents under the tree for her son. It’s sweet in a sick way. Whenever Charlie doesn’t call, she prays he’s okay, because she’s paranoid that he’s dead. Sure, what she does is excessive, but who else has a mom who would do these things? Mac’s mom is another story. She’s irredeemable on every level.

Possibly my favorite sitcom of all time, “30 Rock” is still great to re-watch. One thing that has almost always been prevalent on the show is one of the protagonist’s Mommy and Daddy issues. I am, of course, talking about Alec Baldwin’s Jack Donaghy. Jack is a killer businessman, but despite all of his success, it never seems to satisfy his mother. Whenever Colleen (played by the legendary Elaine Stritch) visits, it’s a crisis at the “30 Rock” building due to Colleen’s remarks and attitude towards her own son. Her constant putdowns of him makes many believe she even hates him, but we forget we see several of Jack’s siblings in an early episode of the show. She hardly ever speaks of them, and a family reunion never occurs again. For all of her backtalk, I think it’s safe to say it was her use of motivation for Jack that he was always her favorite. He’s not even the son of the man who would constantly leave her broke and pregnant. In her last words, she said she wanted Jack to be happy, which, by the end of the show, he seemed to finally be.

Okay, I admit, this is a tough one. She really is a terrible mom. She offers nothing but negative criticism for her children and even turned her husband into a scapegoat. The only thing that could make her redeemable this Mother’s Day is her love for her youngest son, Buster. Sure, her coddling of him is what made him into the weak, helpless, sad, wet clump of awkwardness he is today. But her enduring and endearing love and worry for him is what saves her this Mother’s Day. Buster ensures she will always have at least one fan in the Bluth family that will make her breakfast in bed, or at least have a maid go make it for her.

Remember to thank your mom for being a good parent this Mother’s Day. Whether she did a bad job or not, I’m sure she always had the best intentions. If not, well, at least she gave birth to you. Looking at the mom from Moonlight on this one: