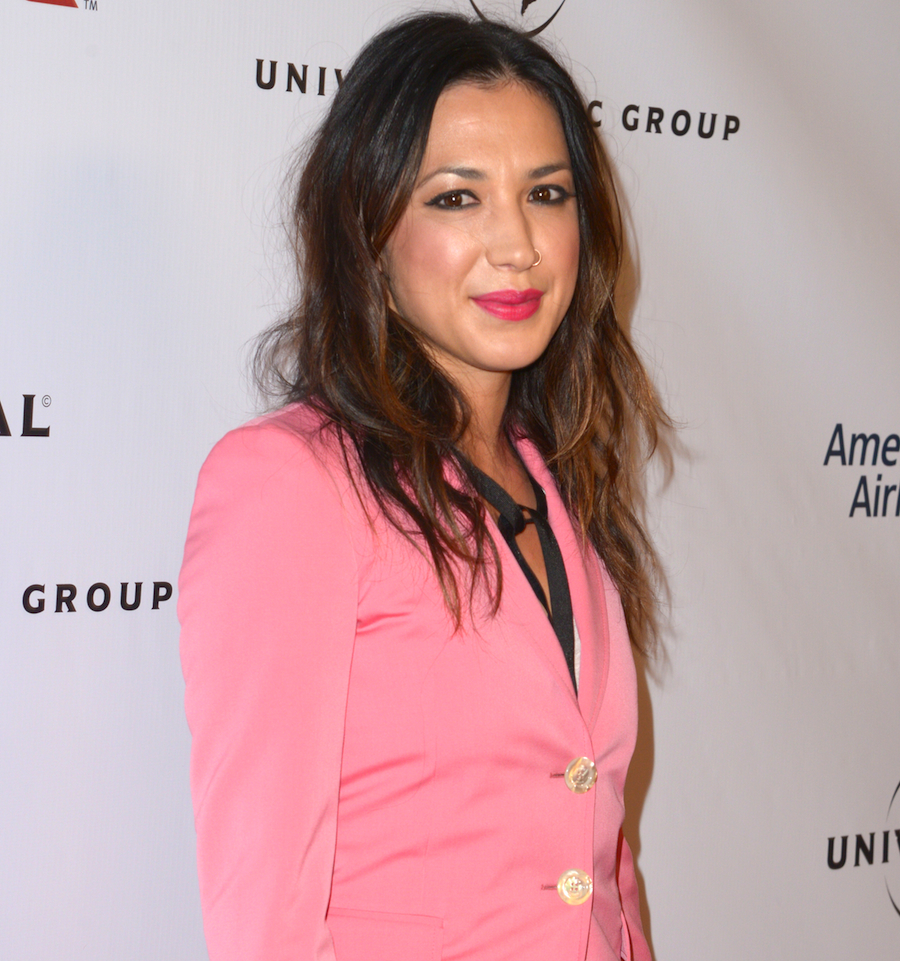 Singer-songwriter Michelle Branch got her start in singing after recording herself on her parents' karaoke machine, singing covers of The Beatles at just 3 years old. Too young to enroll in voice lessons at that age, she would wait a few more years and then, at age 14, compose her very first song called "Fallen". Just a few years later, still in her teens, she wold release two top-selling albums, The Spirit Room andHotel Paper, and would win a Grammy for her Carlos Santana collaboration, "Game of Love". She's also produce hits like "Everywhere" and "All You Wanted" and she even started a country band with her good friend Jessica Harpcalled The Wreckers. Unfortunately, they only lasted  for two years, and things got a bit dicey for Branch. Her music label dropped her, she got divorced, and she had to figure out how to support her daughter and find a new label. But even with all the struggles she endured, she never lost faith in doing the one thing she loved since she was 3 years old. Good thing too, because she’s back and better than ever with a new album!

This album is unlike anything you’ve heard from Branch before, featuring stronger vocals backed by guitar and drums and really speaking to audiences in regards to the emotion she was feeling when writing these songs. The album includes tracks about how she found love after having endured all her struggles, particularly her divorce. Her producer boyfriend and partner Patrick Carney helped her write and produce some of the songs on the album.

Here’s her new album broken down for you track-by-track!

1. "Best You Ever "
What a way to start an album, with this upbeat but emotional song driven by synthesizers, bass, and the kicking sound of a guitar. A song nonetheless written to convey how Branch was feeling during her marriage and how she now feels relieved to have gotten out. The marriage, judging from the lyrics, must have been filled with what seems like numerous arguments about her ex not taking the time to listen to her or respect her and then trying to pin the blame on her for their relationship going south. So you can see now how what struggles she had to endure over the last decade, which is what this whole album is centered around.

Favorite Lyrics: "We used to be for real / But now you make me feel like I’ll never be enough..."

2. "You’re Good "
This song heavily features the sound of guitar backed by an emotional beat. The song seems to convey how well she knows her ex, and if anyone met his true colors, they too would be turned off, as she portrays him to be a man who doesn't know how to respect women and a man who doesn't know how to give her what she wants, again relating back to the theme of the struggles that she had to endure regarding her divorce.
Favorite Lyrics: "Nobody knows me better / Not in love..."

3. "Fault Line "
This is a faster-paced song featuring her now high-pitched vocals backed with the sound of drums. It's in this song that she’s singing about how falling in love with her ex was a mistake, one that she could only recognize after marrying him, for she fell for him hard thinking he had her best intentions in hand, conveying her struggles of how difficult it is to find love as it's so unpredictable.
Favorite Lyrics: "Tremble and shake / We can’t rewrite all our mistakes..."

4. "Heartbreak Now "
The heavily infused sounds of guitar and drums is used to help convey the emotional heartbreak she was feeling after having accidentally fallen for someone who turned out wasn't the right one. Thus from this song it's very clear that what she went through this past decade was quite a struggle.

Favorite Lyrics: ”You’re my one obsession / I love knowing that I can’t have you, oh..."

5. "Hopeless Romantic "
This song is the best song on the album, so it's fitting that it's also the title of the album. The song, while being an upbeat rock tune infused with guitar and backed with Michelle’s vocals, conveys how she felt in the relationship that inevitably ended. She wishes that she had been treated better, with more respect and with more love. She wishes that didn’t have to beg so much for having the love that she quite rightly deserves. Thus, the song is relatable to the album’s over-arching theme of trying to overcome the struggles that she endured and finding someone who can make her happy and give her what she wants.
Favorite Lyrics: "You got me on my knees / You got me crawling..."

6. "Living a Lie "
Don't exactly know what she was going for here with her high-pitched, breathy voice throughout the whole song, but what she's singing about is how her ex didn't want to get married, it seems, and maybe only did due to being pressured. It is clearly evident from the struggles she relays in the song, again a theme to the album that her marriage was based on false pretenses.

Favorite Lyrics: "People tell you what you want / You’re sure a simple boy..."

7. "Knock Yourself Out "
Going back to your roots, Michelle? This song displays vocals that are very reminiscent of her early hit "Everywhere". It's in this song that she's talking about needing to take the time to figure out who she is without him, and how to handle not having a man by her side.
Favorite Lyrics: "Here we are, we are waiting for life to begin / Knock yourself out..."

8. "Temporary Feeling "
This song conveys finding new love but not wanting to be hurt again and making sure to take the relationship slow until she can make sure that the love she found is for good and for real. Here we see her evolving from heartbreak to hopeful new beginnings...
Favorite Lyrics: "Strange how strangers know you better / You’re a lover and a dancer"

9. "Carry Me Home "
Now Michelle goes back to the emotional spiraling and souring of her marriage and how many arguments they seemed to have leading up to the divorce. We all have relapses!
Favorite Lyrics: "Running into you is the strangest thing / And got us falling in slow motion"

10. "Not a Love Song "
My, what interesting comparisons she makes in this song between her spiraling relationship and drinking and giving a message to her ex that she wasted her time with him, wishing she never had.
Favorite Lyrics: 'You drink to feel better / I’m drinking to forget..."

11. "Last Night"
"Last Night" is the most rock-infused song in this album, conveying how she and her new love are in a good place; she feels good and happy and realizes she doesn't want to live without him. A breath of fresh air on an otherwise angsty album!
Favorite Lyrics: "My heart cries out / I can’t live without you..."

12. "Bad Side "
But here she goes back to once again reflecting on her mistake that she made with her first marriage, realizing that she probably should have gotten out sooner had she not been drawn in more and more by her ex.
Favorite Lyrics: "I can’t help myself / I never learn..."

13. "Shadow "
In this heavily synthesized track backed with guitar strings, Michelle looks back on how, when her ex did in fact reveal his true colors, she was then able to read him like a book and memorize all the mistakes that he did wrong, which helped her to get out of the relationship that was causing her so much pain and heartbreak (but inspiring one hell of an album!).
Favorite Lyrics: "I should have known / You’re a book and I have memorized every page..."

14. "City "
She starts with a bang and she ends with one too. The song "City" features her and her current boyfriend singing about how she must run away to try to have a chance at happiness and get as far away from the place where she was unhappy. Thus ending the album on a note of happiness and healing.
Favorite Lyrics: "I don’t know what it is about the city / Every road I walk down"...