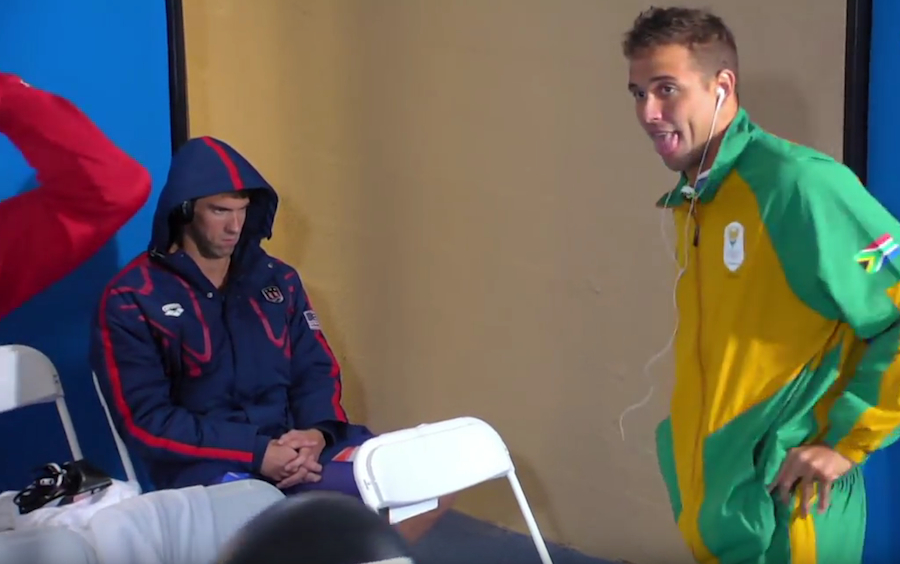 There’s nothing quite like the Olympic spirit -- the world has been captivated the past two weeks by the pageantry, solidarity, and monumental performances of the athletes. No one can deny that Rio has produced some of the most memorable achievements and world records... but equally undeniable were the moments that had us laughing out loud!

These Summer Olympics seemed particularly determined to to keep us amused. Here are our top picks for most thoroughly entertaining moments of Rio 2016!

The big one. We’ve all seen the slew of memes, but not everyone has seen the video that inspired Michael Phelps to make that now-infamous grimace. You too may want to punch Chad le Clos after...

The parents of U.S. gold medal-winning gymnast Aly Raisman are known for being able to “get their heads into the game,” even from watching in the stands.

Some American enthusiasm for dabbing was shared with Rio, thanks to Viners Logan Paul and Mark Dohner.

Meet the charming rowing team that have been dubbed “Ireland’s gift to the world.” This comical and slightly awkward interview is deserving of gold itself!

Chinese swimmer Fu Yuanhui can’t seem to hide her excitement in this post- race interview -- and we adore her for it!

Who’s never enjoyed watching sports more? Thanks, Rio, for all the laughs!