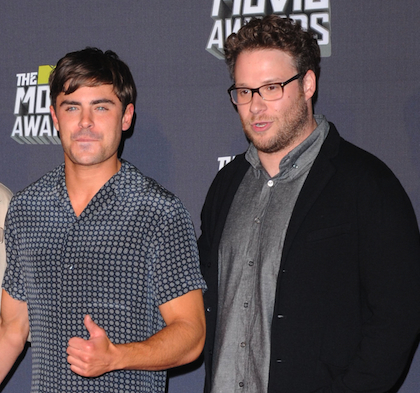 The eccentric film and music festival set in America’s weirdest city, South by Southwest, has once again come to a close. There were laughs, tears, concerts, parties, and lots and lots of films. This year’s South by Southwest debuted some interesting fresh talents alongside established names. The films ranged from harrowing documentaries to absurd comedies. I have narrowed it down to my top five films I can’t wait to see!

1. The Infinite Man:I’ll admit it: I’m a sucker for Australian films. One of my favorite films of all time, Mary & Max, is an inventive claymation that tells the touching story of Max, an Autistic middle-aged man living in New York, and Mary, a lonely little girl living in Australia. It seems that the Aussies have created yet another heartfelt film: The Infinite Man follows a man (Josh McConville) who decides to use his technological expertise to travel back in time to prevent the breakup between himself and his lady love (Hannah Marshall). The film jumps forwards and backwards in time, filling in the blanks of their dysfunctional relationship. I’m intrigued by the plot of this sweet sounding film, and I want to see how writer and director Hugh Sullivan answers the question, can we really do it better the second time around?

2. Creep: The description of Creep sounds exactly like its title: a man responds to a mysterious advertisement to make $1,000 by filming a creepy man (Mark Duplass) for the day. Unsurprisingly, things do not go as planned-- but the way they do go is surprising and unsettling. Duplass and Jason Blum (Insidious) co-wrote this disturbing thriller, which sounds quite appealing to me. I’m curious to see how Duplass does horror, considering the fact that he normally writes comedies.

3. The Legend of Shorty:At this point in time, Mexico’s legendary drug lord, “El Chapo” (AKA Shorty), has become as infamous as Al Capone. At the end of February, Chapo was captured by Mexican authorities, providing a fascinating reflection for directors Angus McQueen and Guillermo Galdos's documentary. The Legend of Shorty tells the tale of one of Mexico’s most terrifying criminals. The documentary looks quite exciting to me. It just saddens me that all of the events actually took place.

4. Neighbors:Quite frankly, I find the pairing of Zac Efron and Seth Rogen to be completely ludicrous. However, it appears that they are a match made in Heaven in the twisted comedy, Neighbors. The film follows a young couple (Rogen and Rose Bryne) who are forced to live next door to a rambunctious frat house led by Efron. The couple decides that they have had enough of the trashy parties and begins an all-out war against the boys. Directed by The Muppets scribe Nick Stoller, the film sounds as though it takes a complete 180 from the fun-loving puppet fare. I enjoyed Stoller’s updated take on The Muppets, so I’m curious to see just how raunchy he gets with Neighbors. (Check out our interviews with Efron and his co-stars Dave Franco, and Christopher Mintz-Plasse, as well as newcomerJerrod Carmichael!)

5. Wild Canaries:It appears that film noir is making yet another comeback. The latest take on the genre is the film Wild Canaries, which follows two roommates (Alia Shawkat and Sophia Takal) as they attempt to solve the mystery of the death of their elderly neighbor. The further they investigate, the more they realize that she was murdered -- and that the murder is linked to their own apartment. Directed by actor-filmmaker Lawrence Michael Levine (who is also married to Takal), the film sounds like a fascinating thriller. And what’s a good film noir without a little mystery? (Check out our chat with stars Shawkat and Jason Ritterhere!)