The Most Exciting Things About The 2019 Golden Globe Nominations! 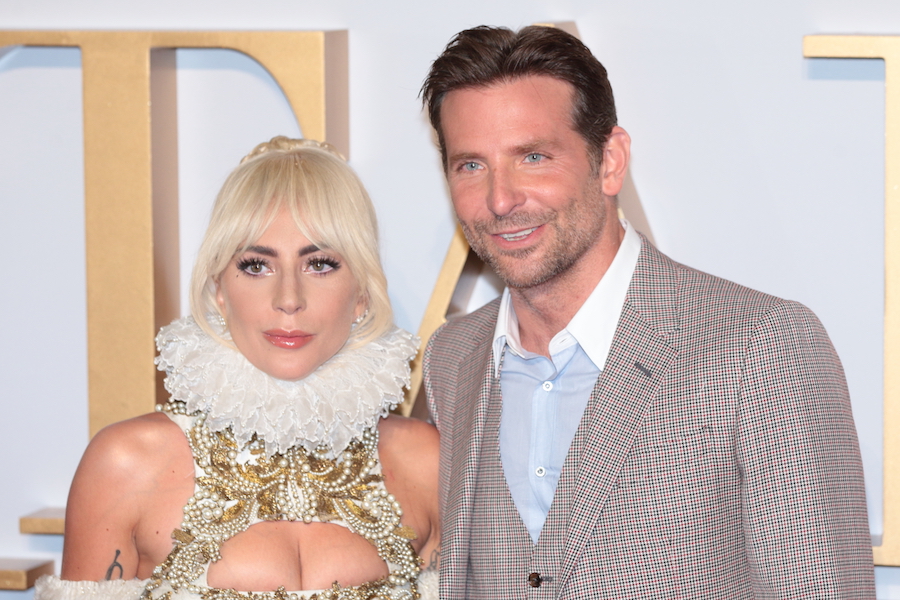 Awards Season kicked off bright and early this morning with the announcement of the nominees for the 76th annual Golden Globes, and boy are there a lot of exciting things to talk about! Let’s dive right in, shall we?

After a ton of buzz this year about Black Panther’s major award potential – which even included talk of the Oscars changing their rules to allow the movie to participate – the movie proved it didn’t need no special treatment, as the Marvel smash was nominated for 3 Golden Globes, included Best Drama Film, becoming the first superhero movie EVER to land in that category! Additionally, the amazing score and Kendrick Lamar’s incredible original song “All The Stars” earned nods as well.

The Bs Have It

Looks like movies that featured a prominent B-word in its title were all the rage this year. The other films rounding out the Best Drama Film category include the divisive Bohemian Rhapsody, the shoe-in A Star Is Born, Spike Lee’s BlacKkKlansman, and Barry Jenkins’s If Beale Street Could Talk. Yes, that’s right – only ONE of these movies feature white people as main characters.

Speaking of BlacKkKlansman, awards voters finally woke up and smelled the Adam Driver, handing the uber-talented actor his first ever(!?) major award nomination for his performance as a Jewish detective. Yes, he’s been nominated for Emmys for his role on HBO’s “Girls” but this is the first time he’s been recognized for his work in film. Surely it will not be his last.

Adam’s joined on the ballot by his co-star John David Washington (following aptly in his pa Denzel’s shoes) for Best Lead Actor and director Lee.

Proving that its popularity transcended mere representation and was just a plain GOOD MOVIE, Crazy Rich Asians nabbed a nod for Best Comedy Film, and its criminally underrated star Constance Wu was recognized for Best Actress. Considering how everyone keeps sleeping on her TV show “Fresh Off The Boat”, I couldn’t be more pleased to see her getting her due accolades!

A HUGE congrats goes out to Elsie Fisher, whose endearing role as an awkward middle schooler in the critically praised indie flick Eighth Grade made her the talk of the town this year and earned her an extremely exciting nomination for Best Actress in a Comedy! She definitely has some stiff competition from her “elder” co-nominees, including Constance Wu, Charlize Theron (Tully), Emily Blunt (Mary Poppins Returns), and Olivia Colman (The Favourite), but it’s just enough that she gets to sit at the cool kids’ table!

One thing that REALLY got me excited this morning was scanning the list of Best Drama Series nominees and seeing Ryan Murphy’s “Pose” among the group. This show did not get nearly as much press as many of Murphy’s other projects, but it has to be, by far, some of his best work this year. For those who don’t know – first of all, GET ON THIS, but secondly, the show revolves around the early days of the drag scene in New York City in the 1980s, when the AIDS epidemic was just starting and the LGBT community was starting to become more visible. The main cast is made up almost exclusively of LGBT actors, including several trans actors (most of them people of color too!), making this show incredibly groundbreaking. It really says something when Evan Peters is in your project but isn’t even the most compelling part.

Additionally, Billy Porter (whom you might more readily recognize from another of Murphy’s projects, “American Horror Story: Apocalypse”, as the warlock Behold Chablis) received a nomination for Best Actor for his role as HIV-positive drag ball MC Pray Tell. WERK!

“Pose” is joined on the ballot by other rookie shows “Homecoming” (starring Julia Roberts), the British series “Bodyguard”, and BBC America’s “Killing Eve”, starring Golden Globes co-host Sandra Oh. Perennial nominee “The Americans” was nominated as well, so it’ll be interesting to see if the veteran can ward off all these very impressive newbies!

HBO’s “Westworld” made a surprisingly low-key appearance, earning one lone nomination, for Thandie Newton for Supporting Actress. As praised as the show was across the board in its 2nd season, it has struggled to make its presence felt at award shows this year.

No, you’re not hallucinating and you haven’t stepped into a time warp – Debra Messing and Candice Bergen were indeed both nominated for Best Actress in a Comedy Series for their respective roles in the reboots of “Will & Grace” and “Murphy Brown”. They’ll both have significant competition though from this year’s Emmy winner, “Marvelous Mrs. Maisel” star Rachel Brosnahan. One shouldn’t count out Alison Brie (“GLOW”) or Kristen Bell (“The Good Place”) either.

Although “The Handmaid’s Tale” is absent from the Best Drama category, it was still able to nab a nomination for its star Elisabeth Moss (who won last year) and co-star Yvonne Strahovski, who is currently enjoying her first-ever Golden Globes nomination!

A Filmmaker Is Born

One person who is sitting pretty this morning is Bradley Cooper. His big directorial debut, A Star Is Born, has been getting tons of award season buzz even before it opened in theatres, and all that talk has paid off in a big way.  As expected, the film came away with a nomination for Best Drama, Best Original Song, and a nod for Lady Gaga as Best Actress. As for Bradley himself, he earned nods for both Best Actor AND Best Director. Talk about validation!

Leading the pack among all nominees is the Adam McKay quasi-biopic, Vice, about former Vice President of the United States Dick Cheney. Awards voters do so love a good cosplay, so obviously Christian Bale’s unrecognizable performance of the ex-Veep is nominated, as well as the slightly more understated performance as President George W. Bush by Sam Rockwell (the current defending champ in this category). Amy Adams picked up a nom for her portrayal as Lynne Cheney, and McKay is double-nominated for directing and his screenplay. The film itself is nominated in the Best Comedy/Musical category, which… yeah Imma leave that one alone...

Timothée Chalamet proved that his Awards Season run for Call Me By Your Name was no fluke and that he is here to stay with a nomination for his gripping performance as a drug addict in Beautiful Boy. Unfortunately that was the film’s lone nomination – come on, no love for Steve Carell??

There are tons more super intriguing nominations, and you can view the full list here and let us know who YOU are rooting for!