The Most Buzz-Worthy Moments from the "Downton Abbey" Season 6 Trailer! 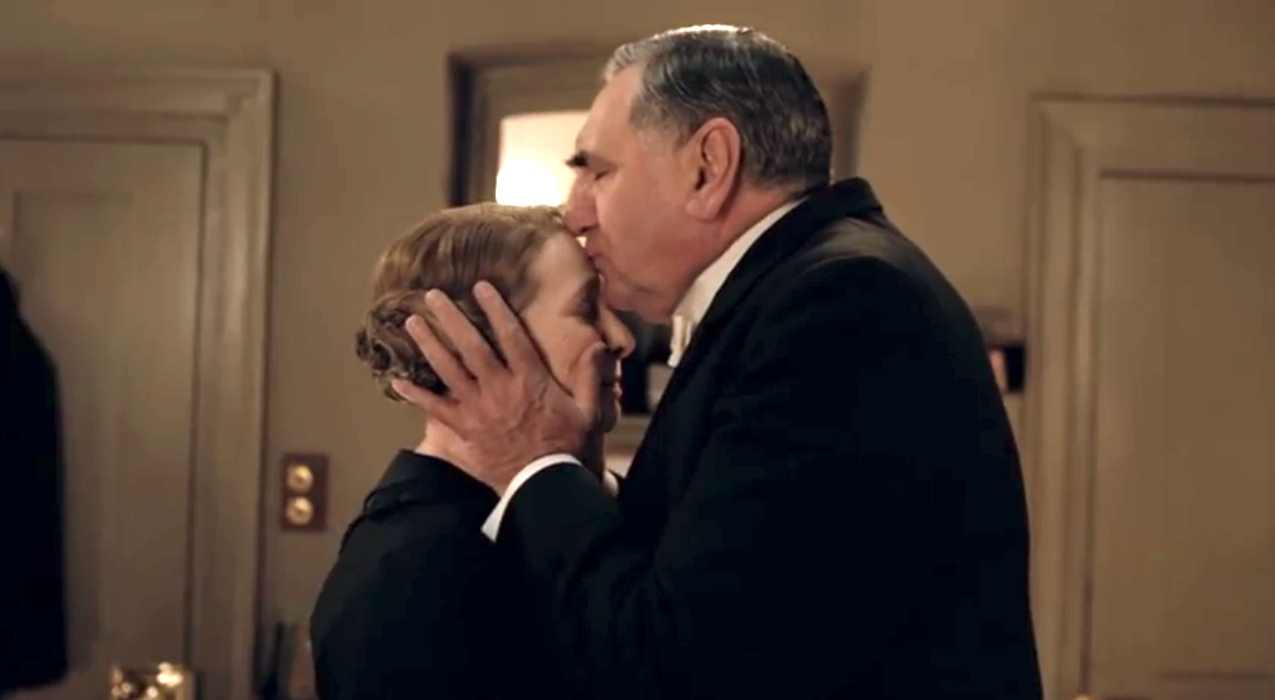 It's almost time to say goodbye forever to those wacky Crawleys and their even wackier servant staff. Who would have thunk that a U.K.-produced Masterpiece Theatre series about early 20th-century British aristocrats would have been such a hit here in the Colonies Unites States? Yet somehow "Downton Abbey" captivated us for 5 seasons, and now the trailer for the 6th and final season has arrived, and so has the anticipation for what will become of these beloved characters. I dare you not to cry while watching it:

Here are a few of the moments that stood out the most:

Does Lady Edith have a new man? It certainly looks as though things may be looking up for Lady Edith, who is generally in a state of despair. She flashes a grin at a mysterious man, whose face we do not see. Could this mean that the younger Crawley sister has finally found love? I certainly hope so -- the poor girl could use a break.

Is that Mrs. Hughes and Mr. Carson’s wedding? There is a brief flash of a wedding, but whose wedding we can't quite determine. The logical answer is Mr. Carson and Mrs. Hughes, who have become the most adorable couple ever to grace “Downton Abbey” ever since the former proposed to the latter in the Season 5 finale (nobody squee'd harder than we did). I teared up at Mr. Carson slowly moving his nametag and bidding Lord Grantham goodbye, and at how he kisses Mrs. Hughes’s head, which seems to indicate that, once he's made an honest woman out of Hughes, they will be leaving the Abbey for good. Noooo!

Will Thomas finally find love? Like Lady Edith, Thomas hasn’t had the easiest time on “Downton Abbey”. His sexuality has been a struggle for him (which isn’t his fault; after all, the show takes place during a time when homosexuality was still illegal in England), and every time he does think he’s found a possible love match, the relationship turns sour. However, the trailer features a strapping young man sitting in Thomas’s room, looking up and smiling at him. Oh-ho! Does this mean that Thomas has finally found the right guy? Perhaps he and Lady Edith could go on a double date (which I know isn’t “proper”, but Lady Sybil married Tom Branson the chauffeur, and it IS the 1920s now, so why not?).

Season 6 of "Downton Abbey" premieres later this month in the U.K. but not until January here in the U.S., so be wary of spoilers!

Which moments from the “Downton Abbey” Season 6 trailer stuck with you the most?