The Lasting Pop Culture Legacy of the Power Rangers! 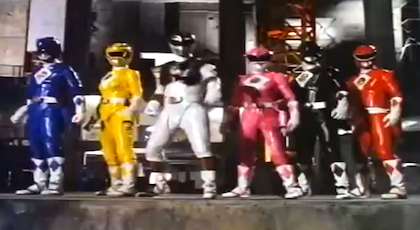 A phrase I didn’t think I’d be hearing again anytime soon. But as a '90s kid, these are words I will always welcome into my life. Growing up with the Power Rangers, I dreamt of having awesome karate skills, alien robotic megazords, and a Pink Ranger suit.

So when I heard that Adi Shankar and Joseph Kahn released a bootleg of a Power Rangers short film, I was floored!

Last week, the Internet, everyone was blazing about this mature and NSFW Power Rangers movie about what happened to Tommy, Kimberly, Rocky, and the rest of the original Mighty Morphin’ Power Rangers characters.

It seems that the characters have grown up A LOT in this short, and, well… I see why it’s NSFW. But come on, James Van Der Beek is the leading star in the film. Maybe you should just take a look at it for yourself.

WARNING: There is explicit language and drug use.

The short itself is pretty amazing in context of creativity and adaptation. There were some mixed reviews in the reception of this reboot. Some enjoyed the film for what it was worth, the creativity of bringing back original characters, and the production value, while others saw it unfitting for the Power Rangers name and brand. Because Power Rangers was and even now still is predominantly a children’s television show, the video was taken down but eventually put back up.

Now, its been almost 12 years since "Mighty Morphin Power Rangers" began kickstarting what is debatably the biggest and most successful children’s television series. The first series was on air for three years and created a movie.

The Power Rangers has spawned over 20 television shows and is still airing new episodes, "Power Rangers Dino Charge", on Nickelodeon.

There have been rumors of a Saban-backed reboot of the Power Rangers, and Jason David Frank, the original Green Ranger, is part of it, but until then I might just have to revisit some of the old episodes. Did I mention that they’re on Netflix?

Here’s the morphing sequences of all the seasons unto the 2013 "Megaforce" season:

The nostalgia is too strong right now. I know what a huge impact the Power Rangers had on me while I was growing up, and it would be a incredible if my future kids had their own generation of Power Rangers to watch growing up too.

Cheers to the success of the Power Rangers franchise and everything they’ve inspired!