The CW's "Roswell, New Mexico" Is The Angsty Alien Sci-Fi/Romance Series We Didn't Know We Needed! 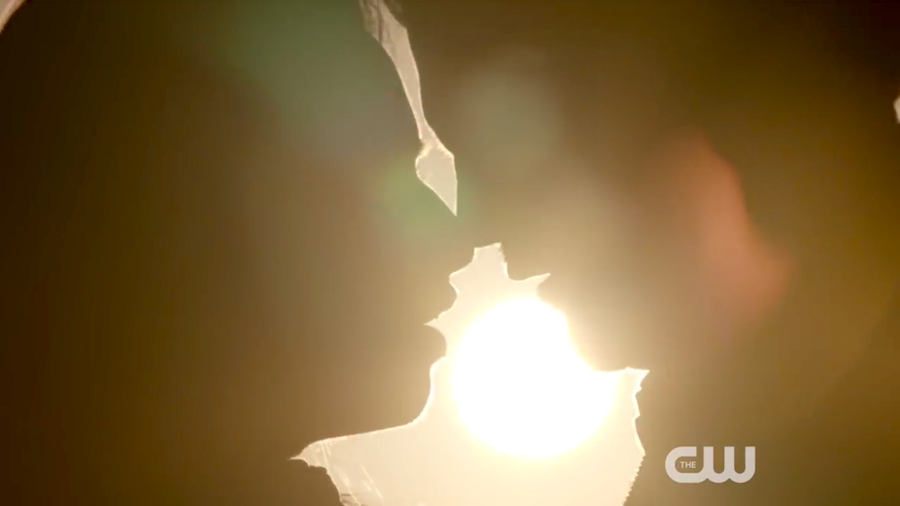 "Roswell, New Mexico" premiered this week after lots of anticipation, and I was eager to watch it. It felt short and snappy, with lots of introductions for viewers like me who knew nothing about the original "Roswell", and plenty of storylines set up right off the bat. In the premiere, we learn that Liz Ortecho (Jeanine Mason) has been avoiding her hometown of Roswell for 10 years, partly because of the stigma attached to her family. Her father is an undocumented immigrant, and her sister is blamed for the death of 2 girls when her car crashed. Lots of people in the town are not happy to see Liz return to help her father at his touristy, alien-themed diner. One person who IS happy to see Liz return is Max, a police officer who had a big crush on Liz in high school. But is there more to their story than just that??? Yes. Yes, there is.

Without giving too much away, I will say that there is going to be lots and lots to uncover in this small, mysterious town. I will also say that there are indeed aliens walking among those that flock to Roswell to get a peek at the great beyond. They walk among us and have feelings and desires just like us. Of course, the mean army man doesn't think so. "Roswell, New Mexico" is making a very obvious metaphor—Liz’s dad is an undocumented “alien”; someone she cares about is an actual alien. It’s obvious, but it’s effective and, I think, important. The way aliens, in both senses of the word, are viewed, (mis)understood, and treated is clearly going to be a big part of this show. You know what else is going to be a big part of this show? Love trianglesss. Who doesn't like a god love triangle? Especially when "Pretty Little Liars" alum Tyler Blackburn and "The Vampire Diaries" actor Michael Trevino are involved?? Though, sadly, not in the same triangle. At least not yet...

Once you watch the pilot, you will have so many reasons to watch the next episode. And that, y’all, is how they get ya. What really happened to Liz’s sister Rosa, who died in the same “car crash” that killed two others? Will Liz fall in love with an alien? Actually, yeah, that seems pretty likely. But can an alien and a human really end up together?? Not if the US Army has anything to do with it! What planet are these non-humans from? And why do they look just like us? Tune in to find out the answers to (hopefully, probably) all of these questions, plus many more! It’s high time for another CW fantastical romance to shine, I say. "Roswell, New Mexico", we’re ready for whatever you got in store for us!

Oh wow, okay, this trailer actually gives a lot away. But 99% of it is from the first episode, so don’t worry! We’re still ready for you, Episode 2!