"The Bachelor: LIsten To Your Heart" Is Music To Our Ears! 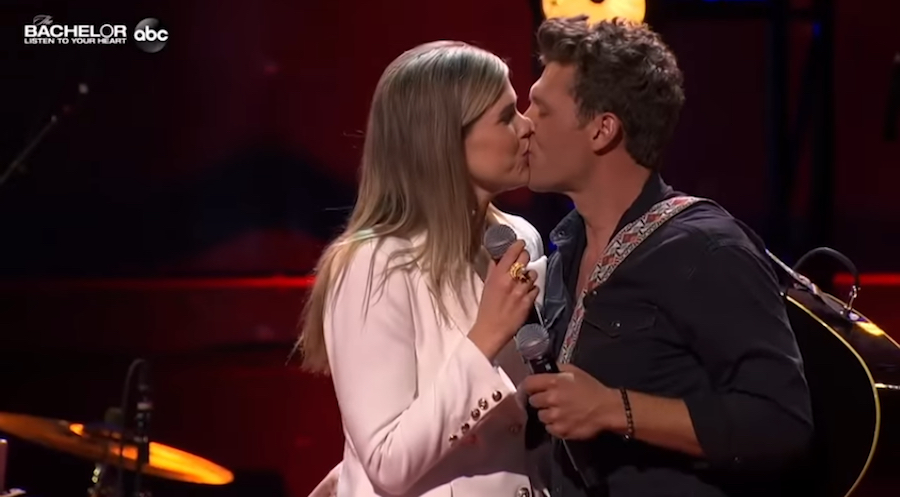 When the "The Bachelor" started advertising its new spinoff show “Listen to Your Heart”, I wasn’t convinced it would be my cup of tea. The series appeared to be a combination of "American Idol" meets classic "The Bachelor" -- however, after watching the first 2episodes, I have officially changed my mind. It's actually so, so much more.

The premise for the show is simple. A group of single men and women come together in a brand new Bachelor Mansion with the hopes of finding love and singing a few songs along the way. The show is far from what I expected -- in fact, it’s even better.

For starters, these men and women are extremely talented, and all of their dates involve them singing. Whether it’s at open mic night, in a recording studio, or on a radio show. I think I might (dare I say it) actually like watching their dates better than the "Bachelor" ones.

You can also expect the usual drama and adorable romances that happen with every "Bachelor" series. There’s the couple that is saying “I love you” after the first date, the couple that can’t stop fighting, and of course the beloved love triangles that always seem to garner a lot of attention. With "Bachelor in Paradise" on hold for the time being, this show is in many ways exactly what we need to fill the void.

The casting is also worth five stars. As usual, the "Bachelor" producers did not disappoint -- they have cast a wide variety of musicians for everyone to love. From country artists to pop princesses, by Episode 1, you already know who is going to be the love interest and who will be the bad boy.

Get a closer look at the women you'll be meeting this Monday on The Bachelor Presents: Listen to Your Heart! #TheBachelorLTYH

A post shared by Listen to Your Heart (@listentoyourheartabc) on

While there have only been a couple of episodes so far, from previews you can tell that the show is going evolve a lot. By Episode 3, the couples will have to perform in front of live audiences as well as your favorite "Bachelor" alums and artists such as Kesha, Jason Mraz, and Andy Grammar. It also appears there is going to be a competition element with the idea being that one couple is at the center of it all in the end.

With only 6 episodes in the series, we’re excited to see who comes out in love and who leaves heartbroken!

Catch new episodes of "The Bachelor Presents: Listen To Your Heart" on Monday nights at 8pm on ABC!