John Krasinski’s YouTube Series "Some Good News" Is The Best Thing to Come Out of Quarantine! 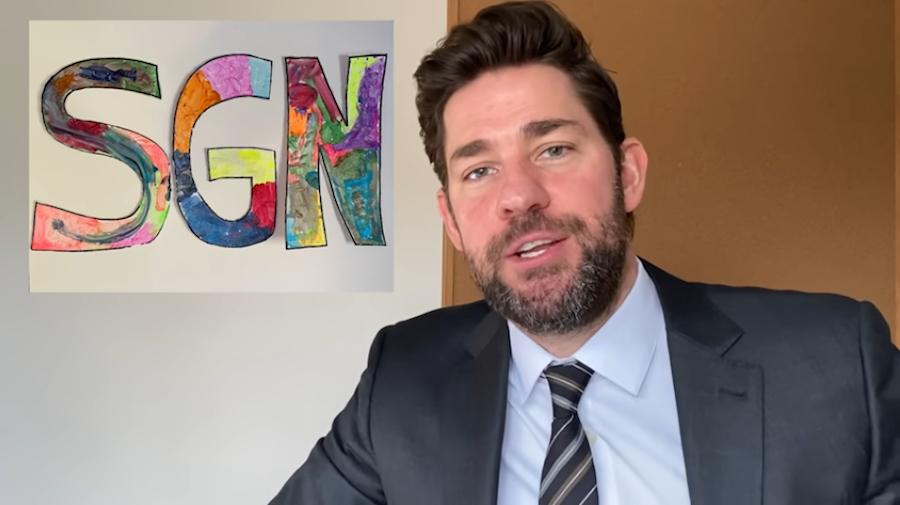 In need of some good news? Look no further, because Resident Good Guy, John Krasinski, is spending his quarantine spreading joy.

If you’ve been on the internet lately ­– which, let’s face it, we’ve been on more than we’ve been off – you may have come across John’s new YouTube series "SGN" (Some Good News). He’s been collecting heartwarming stories from around the world and bringing them back to us to brighten our days in these uncertain times.

John has rounded up some unbelievable guests -- in the first episode, he reunited with his old boss Michael Scott (Steve Carell) and somehow topped that in the second episode by surprising a young fan with a performance by the entire original Broadway cast of Hamilton. I watched it 17 times.

And he doesn’t show any signs of slowing down. On Friday evening, John hosted a virtual prom for all the high schoolers who have lost their big night to social-distancing measures. And what a party it was. Thousands joined for the dance and were surprised with an incredible lineup of special guests. Rainn Wilson popped in, Chance the Rapper danced on our screens, and both Billie Eilish and the Jonas Brothers performed! Honestly it was better than any prom I’ve ever physically been to.

Let’s join John is sharing some good news: what have you seen in quarantine that’s brought a smile to your face? Tweet us!