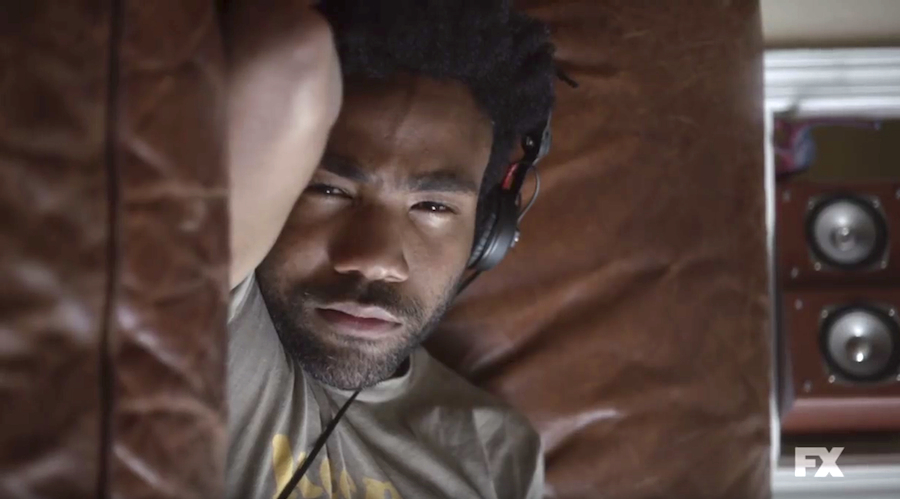 It feels like this one has been in the works for years… probably because it has. But last night, Donald Glover’s FX show “Atlanta” finally premiered. I watched it after taking a a very long flight home and was quite tired and grumpy, but this definitely got me into a much a better mood. Before diving into anything about the show, I will preface this by saying I will not give any spoilers, so let’s check out one of the many trailers.

That’ll pretty much give you the plot. It follows Glover as Earnest “Earn” Marks, a deadbeat dad in a dead-end job looking to be something more. He finds out that his cousin Alfred (Book of Mormon’s Bryan Tyree Henry) is an up-and-coming rapper named Paper Boi. Seeing this as an opportunity to give his daughter more and spread his wings, Earn seeks out his cousin, whom he hasn’t spoken to or seen in a very long time, but there’s conflict in their points of view, which sets up what the relationship between the two of them will most likely drive the show. They’re from the same place but completely different worlds and can be summed up best by a line where Alfred details how he thinks Earn is more MLK than Malcolm X.

Another character from the show that I’m really excited about is Darius, played by Keith Stanfield. Stanfield is quite possibly best known for his blink-and-you-miss-it role in Straight Outta Compton as Snoop Dogg. I know a lot of people were upset by him being casted as Snoop Dogg, and I will admit I wasn’t pleased either, strictly because every other role looked so much like the actual person, but if you give it another look, Stanfield really embodies Snoop in his mannerisms and sounds just like him. On this show, he plays a(nother) soft-spoken quirky stoner, and Alfred’s best friend. The dude seems like he’s on a different planet in almost every scene and says ridiculous things, but through all the static of weirdness, he breaks out some deep philosophical knowledge on your butt. He’s certainly a character to keep on an eye through the remainder of the season.

Outside of those rather normal-sounding things, the show itself is quite bizarre at times, but in a subtitle, funny way. In the past, I read that Glover said the show would be like “Twin Peaks” with rappers, and I’ve got to say it pretty much sums it up quite well. The comedy and visual style in this is certainly a huge departure from the comedy Glover has worked on in the past, from his online “Derrick Comedy” videos and writing for “30 Rock” to writing and starring in Mystery Team and starring in “Community”. There are a lot of strange side characters that come and go, like many weird strangers we have run-ins with in real life. It’s certainly a completely new kind of project from Glover, even more different than the short film Clapping for the Wrong Reasons he did a few years back.

It also mirrors a lot of Glover’s rapping. I remember a time when I was a kid doing comedy in New York City and constantly riding the train to and from NYC and New Jersey. I often slept in train stations, stayed at friends' apartments, and even crashed on a cokehead’s couch while he and his friends stayed up all night doing drugs and listening to the I Am Sam soundtrack. What does this have to do with Glover’s rapping? Well, a lot of his raps are kind of like motivational speeches for people who have a goal and want to be great. It was my soundtrack for a lot of that time in my life and helped keep me going, even though I was broke and had the I Am Sam soundtrack stuck in my head for a solid month. “Atlanta” definitely starts off mirroring that kind of hustle in a big way, so if you’re living that kind of life, or have lived it, you can definitely get something more out of it.

Overall, this is one of those shows that is starting off great and showing a lot of promise. I don’t know where it will be going plot-wise the rest of the season, but I have a good feeling it’ll be a good quality show all the way through. It seems like it could fit in well with what FX has recently put out, along with the string of great shows on Netflix. But in case you missed it and don’t have FX, below I legally give you a YouTube clip with the full first episode. (This video is NSFW as they even use the F-word in this, and yes that made it to air on FX too in both episodes. Crazy.)

If you liked the song in the opening credits and want to hear the whole thing, here it is below! I should note that I have seen the second episode and a different song was used. My guess is that each episode will start off with a different tune, but all Atlanta/Georgia-based rap. (NSFW)