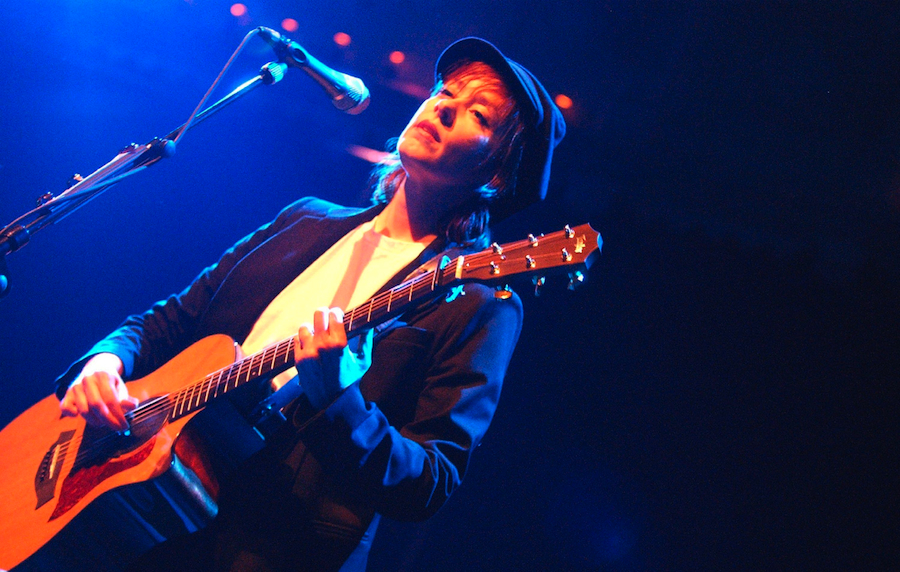 I’ve always been fascinated by songs that told a story about something other than romantic love, which, let’s face it, about 99% of songs are. Which is why I am a great appreciator of alt/folk-rock singer-songwriter Suzanne Vega, whose two biggest hits to date dealt with the profoundly tragic and the mind-numbingly mundane, respectively.

In 1987, Suzanne scored her highest-charting single with the song “Luka”, which, on first listen, seems to appear in the “mundane” category. But if you look a little deeper, you see something far more sinister beneath it’s uptempo, almost-sweet vibe. The song is, in fact, about an abused child, and once you listen to it again with that in mind, the subversive brilliance of the song shines through. At the time of the song’s release, child abuse was just starting to become a hot-button issue, so this song became the unofficial rallying cry for the movement.

The music video for the song is just as subtle as the song itself, mostly featuring Suzanne herself in black and white, morosely mouthing the lyrics (I remember when I first saw it assuming she was “playing” someone named Luka… I was a stupid child). There are occasional references to the song’s subject matter, such as ominous hallways, doorknobs turning, the face of a sad little boy, etc. I think the fact that it doesn’t hit you over the head with its meaning is what makes it so powerful.

The same year, Suzanne also released “Tom’s Diner”, but it wasn’t until 1990 that the song actually gained mainstream popularity. If you can call it that. I don’t know if it was so much “popular” as it was a mind-bendingly hypnotic earworm. The song is basically a narration of Suzanne’s rainy morning spent at Tom’s Restaurant in New York City (yes, the same one from “Seinfeld”) and includes such random observations as the guy behind the counter only filling her coffee cup halfway, reading about an actor in the newspaper who died, a woman adjusting her stockings outside, etc. Yeah, it’s basically the song equivalent of a boring Facebook status update. But set against a dance beat, along with Suzanne’s soothing vocals, it became somewhat of a phenomenon. Dance remixes were a relatively new thing back in 1990, so that made it stand out as well. Nowadays, you can hear the song's catchy refrain featured as a sample in Fall Out Boy's hit single "Centuries".

Now, for the music video, one might think that it would be just as literal as the song, but you’d be wrong! In fact, the video seems to go in the exact opposite direction, featuring an array of random, seemingly unrelated imagery, such as an eagle, a couple guys doing the hottest dance moves of the day, a chick whipping her hair, a glass breaking, etc. There are some visual cues, though, like that umbrella and a couple kissing. But I think the director and possibly Suzanne herself realized that you really don’t need a visual reproduction of the lyrics because, simple as they are, they’re quite evocative on their own. Next time you listen to it, just close your eyes, and I dare you not to picture every single thing she describes in vivid detail.

Incidentally, there's another version featuring Suzanne singing the song a cappella while staring out of -- you guessed it -- a diner window.

Please to enjoy some lesser-known tracks from Ms Vega below!