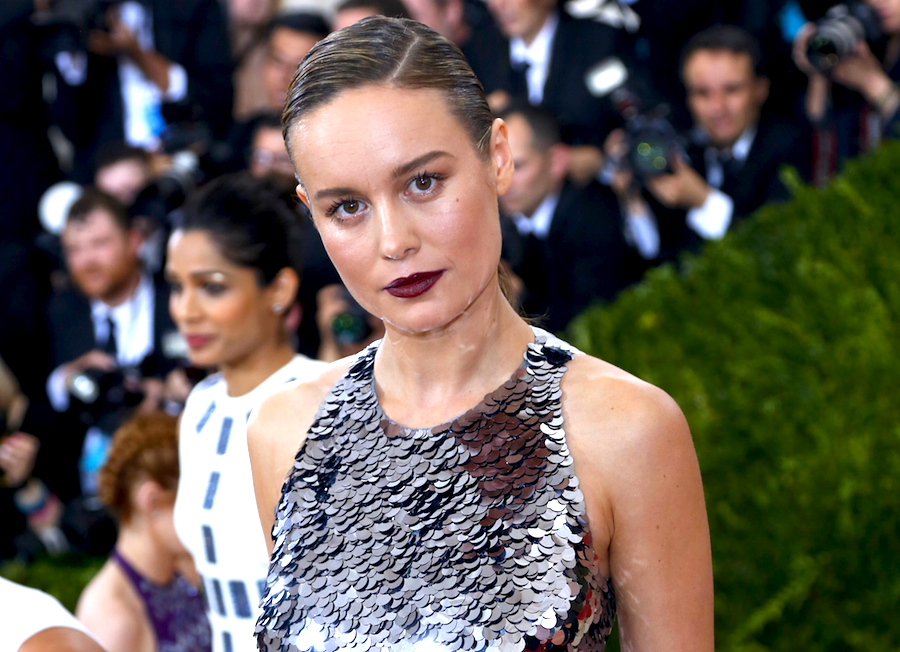 Watch out, DC, because Marvel is not pulling punches with their superhero film franchise, and they certainly won’t hold back with Captain Marvel.

Earlier this summer, it was confirmed that Brie Larson would be filling the role of the kickass, beautiful, and intelligent Carol Danvers, AKA Captain Marvel! The movie based on the comic book hero is set to premiere in 2019, which is quite a ways away, but one thing we do know is that the origin story of Ms. Marvel will be changed and adapted for the film, as writers are worried that the original comic book is too similar to DC’s Green Lantern. Now, before you all get upset that they’re reimagining the origin story, its obvious that they are giving this film a lot of thought and it would only be fair to assume that they will do the character justice so that Captain Marvel will be the amazing hero that we all know from the comics! We think Ms. Marvel will be in good hands with writers Meg LeFauve (Inside Out, The Good Dinosaur) and Nicole Perlman (Guardians of the Galaxy).

Hmm, curious... a Guardians of the Galaxy writer, huh? I see you, Perlman. Could there be a crossover between these two properties at some point? I sure hope so!

Not to mention that Brie Larson is a very talented and beautiful actress who has earned her stripes, some would say. She started acting at a young age and has held roles of varying characters and genres, tackling comedy and drama, children's and young adult films, as well as action and suspense movies. But her most notable role thus far has to be Joy Newsome, or “Ma”, in Room, for which she won an Academy Award for Best Actress this year. NBD!

But before Brie starred in Room, she was in Don Jon, The Spectacular Now, and Trainwreck. This talented star has also been known to lend her melodic voice to her films, like she did as Envy Adams in Scott Pilgrm vs. the World.

Larson has definitely made her way up the Hollywood ladder and paid her dues; she is only taking her momentum forward with projects already in post-production, including Kong: Skull Island and The Glass Castle, set for release in 2017.

We are so excited to welcome this talented star to the Marvel family and we can’t wait to see what she's got in store for us!