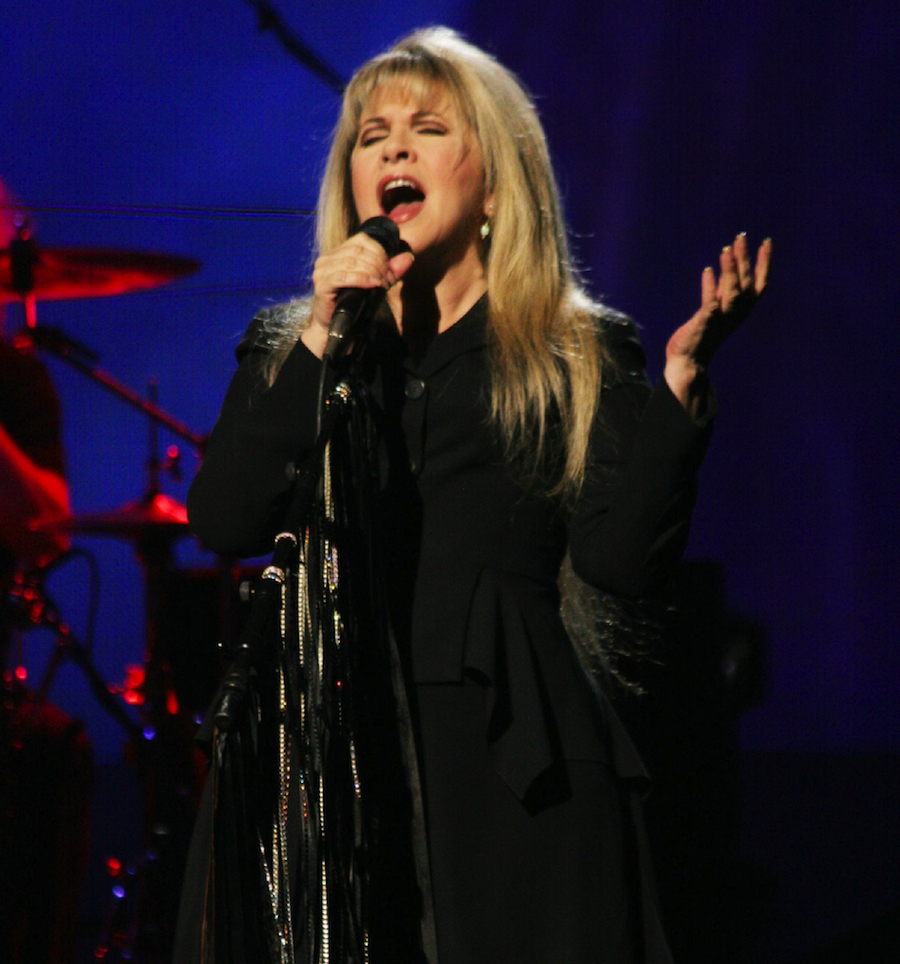 We’ve coveredFleetwood Mac here before, and boy were there plenty of juicy details to go around! As far as bands go, FM could double as a soap opera, and at the center of all the drama was enigmatic singer Stevie Nicks.

Her on-again-off-again relationship with bandmate and frequent collaborator Lindsey Buckingham is the stuff of music legend, and has in and of itself spawned some of the greatest music in history. Adele and Taylor Swift ain’t got nothin' on these two when it comes to airing out their dirty laundry in song… At least Stevie and Lindsey had the cajones to actually perform these songs to each other’s faces!!!

In between stints with Fleetwood Mac, though, Stevie has had a very prominent solo career as well. In fact, she’s probably the most successful solo artist to come out of the band. With her gypsy-Wiccan flair and unique voice, coupled with some killer songwriting skills, Stevie pioneered the Girl Power Anthem in the 1980s. Her debut solo album, Bella Donna, went to #1 on the charts; 5 out of her 7 total solo efforts have peaked in the top 10, including 7 top 20 singles.

Stevie’s charisma manifests in her smouldering, witchy stare, which has admittedly softened in the past few years, but she remains true to her “nature goddess” aesthetic. She continues to tour with FM, but she has more than proved that she can stand on her own two ballet-slippered feet any day of the week!

Check out some of Stevie’s solo high points below!