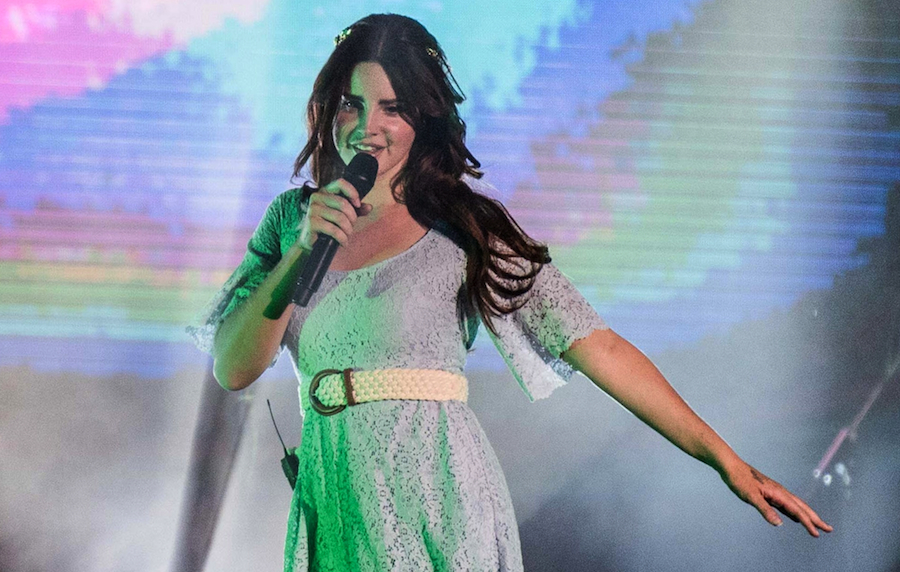 Lana Del Rey’s music is always perfect for summer, so I’m a little bummed that it took her until the end of July to release her fifth studio album, Lust for Life. However, based on the singles she’s dropped in the last couple of weeks, I think the wait will have been worth it. Let’s see how the illustrious songstress’s new work compares to her previous ones!

We’re already off to a good start. “Love” shoots us off into Del Rey’s world of idealized teenage wasteland where a single moment can make an enormous impact on your life. Her vocals are light and airy, but the lyrics suggest something much deeper — understanding that what matters is right here and right now, and you should enjoy it while it lasts.

Favorite Lyrics: "I get ready, I get all dressed up to go nowhere in particular..."

This song was pre-released as a single, and, boy, did I have it on repeat when it dropped. It perfectly encaptures young love during the summertime, with its freedom and lightness that never seems like it’s on the cusp of disaster until it combusts.

We delve into something much slower and more emotional upon “13 Beaches”. The song is apparently about her searching the beaches to find one without any paparazzi, which goes to show how, just because everyone knows who you are, it doesn’t mean you’re any less lonely or unhappy. She’s dying for something real, and she’s not going to find that amongst the crowded beaches.

Favorite Lyrics: "Can I let go and let your memory dance in the ballroom of my mind..."

In another emotionally-charged song, Del Rey sings about the pain that inevitably follows when you let yourself fall in love with someone. Besides the metaphors behind the lyrics of fruits in a garden, there’s also some interesting instrumentation in this song with wild drumming patterns and beats.

Favorite Lyrics: "My cherries and wine, rosemary, and thyme..."

With “White Mustang,” we continue along the trend of falling in love with someone for better or for worse. Summer love doesn’t last, Del Rey muses, so why should this one be any different? But, at the same time, it doesn’t really matter because she knew she was going to get in too deep when she started along this path.

Favorite Lyrics: "Lying on my bed it’s a bummer ’cause I didn’t call when I got your number..."

“Summer Bummer” was released prior to the album too, but that doesn’t mean I’m even close to being tired of this song yet. Del Rey dives into new territory on this album with frequent collaborations with rappers, and this song is another example of that trend’s success. Her effortless and flowy vocals are surprisingly complementary to A$AP’s raps, and I hope this genre-blending of hers continues.

Favorite Lyrics: "Is this love or lust or some game on repeat?"

Also released as a single, “Groupie Love” follows an obsessive love affair, like that of groupies who obsess over someone unattainable. In this scenario, Del Rey actually seems to have caught the attention of her crush, but, then again, she’s had a taste of this too.

Favorite Lyrics: "It’s so hard sometimes with the star when you have to share him with everybody..."

This track is a bit of a departure from the past tracks as she comes to the realization that she keeps falling for losers. Instead of falling head-over-heels in love like she did in her previous songs on this album, Del Rey has become jaded and annoyed with those who’ve wasted her time.

Del Rey gets political on this track. She sings about her time at Coachella and how freeing the experience was, and draws comparisons to the iconic Woodstock festival that paved the way for music festivals today. Society was rife with political strife then, and she makes note of how things aren’t much different today. Though she might not be making a huge difference, she knows she wants to try to make the world a better place.

Favorite Lyrics: "Got a million things I want to say like, What’s it all for? / Will it be okay?"

10. “God Bless America -- And All the Beautiful Women in it”

We continue down the political trend (which Del Rey warned us of before the album dropped) on “God Bless America”. The song is about the current state of women’s issues in the U.S., and how women’s strength should not be underestimated.

Favorite Lyrics: "May you stand proud and strong like Lady Liberty shining all night long..."

11. “When the World Was at War We Kept Dancing”

This song follows along the same trend. The folksy guitar in the background is reminiscent of political music in the ’60s, which seems to be the feeling Del Rey is going for in this portion of the album. As the song title and chorus states, we’ll pull out of this era as we did before. We produced music to show our distaste, and we’re going to keep doing it again now.

Favorite Lyrics: "If we hold on to hope, we’ll have a happy ending..."

Given that Del Rey is trying to emulate female rock stars of days past, it makes perfect sense that Stevie Nicks of Fleetwood Mac makes an appearance on this album. Their wispy but powerful voices complement each other well, with Del Rey proving that she’s becoming somewhat of a modern-day Nicks. Since the last couple of songs were about women and the power that they hold, this song puts her money where her mouth is and holds up that concept.

Favorite Lyrics: "My heart is soft, my past is rough..."

First of all, I’m floored by the feature in this song (yes, that is John Lennon’s son singing alongside her). Clearly, Del Rey’s a little floored by this, too, since she mentions it in the song about how she loves John Lennon and Yoko Ono and now she’s dueting with their son. Besides that fun little meta aspect, this song, in addition to being a callback to The Beatles track "Tomorrow Never Knows", also contributes to the political trend since this family embodies peace and tolerance. And though the song is also about lost love, there’s definitely an added political element thanks to its featured artist.

Favorite Lyrics: "Lay, lady, lay, on that side of a paradise..."

Del Rey places her in the artist oasis of Topanga, CA, on this track, and discusses the effects of the drug on said artists, and how fame is a bit of drug for her. She wants to escape it, but she also knows that she’s hooked on it. The song is dark and sad, but it’s complemented by her beautiful vocals and by the fact that she distances herself from the stories that she’s telling since she references other people as often as she discusses herself.

Favorite Lyrics: "But the facts of life can sometimes make it hard to dream..."

Del Rey discusses the changes that have come her way on this penultimate track. Though she’s unsure about where her life is taking her, she’s ready for whatever comes her way. The song is slow and apprehensive, but I have every confidence that she can meet any challenge that is thrown her way.

Favorite Lyrics: "There’s something in the wind / I can feel it blowing in..."

We’ve come to the final track of the album, and I’m feeling sad and tired. Del Rey took us on a rollercoaster ride through this record, covering political issues, young love, and her own personal inner strife. On this final song, it’s clear that the uncertainty she felt on the last track about the changes in her life is not going to bring her down as she sings about switching her mindset to a more positive one. The beat is a faster tempo, and it’s clear she wanted to end her album on a higher note that represents her hope that we’ll come out of this trying time.

Favorite Lyrics: "I never really noticed that I had to decide to play someone’s game or live my own life..."

After finishing her album, have you decided on a favorite song?