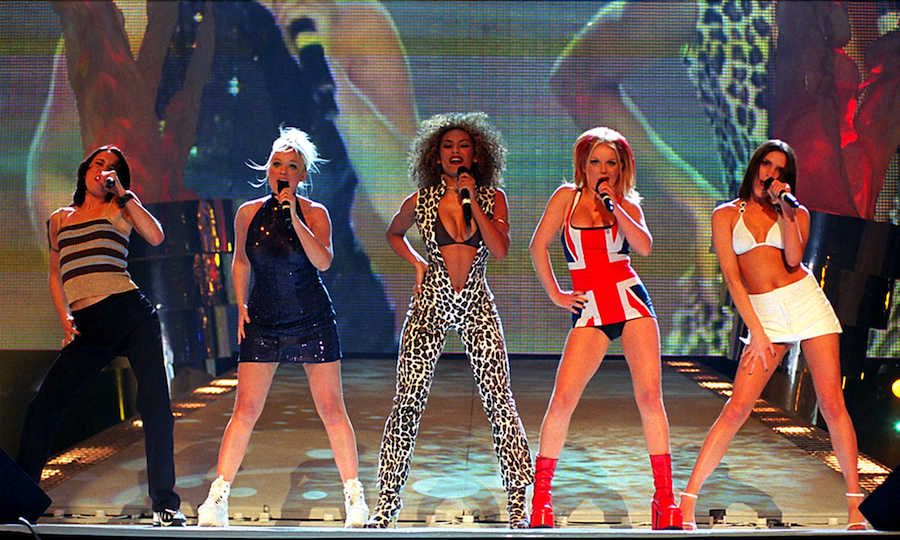 I am not ashamed to say that I adore the Spice Girls. They embodied the type of girl group I fantasized about being in when I was in elementary school. When they hit the scene in the ‘90s, I immediately called dibs on Ginger Spice amongst my circle of friends (my best friend Kelly didn’t take too kindly to being relegated as Scary Spice… not sure why; she was the best singer!). I’m still jamming out to the British fivesome to this day, and when recent news broke that the group may be reuniting in the very near future, my heart sang "zigazig ahhhh!"
In 1997, the Girls released their debut album, Spice, and set the world ablaze with their catchy Brit-pop hit “Wannabe”. Their fourth single, “Mama”, was released (as a double A-side with “Who Do You Think You Are”) in conjunction with that year’s Comic Relief telethon in the U.K. The ballad was the brainchild of Mel B and each member of the group contributed their own verse. Heartfelt but a little corny, the song describes how we don’t realize until later, after we’re grown and (hopefully) matured, that our moms were always just trying to do what was best for us, no matter how hard we resisted against them. Cheesy, maybe, but undeniably relatable!
The video for the song featured the Girls’ real-life mums and photographs of the pop stars as children (aww). Another bonus: Victoria Beckham caught on tape SMILING! That alone is worth a look, don’t ya think? Just don’t be fooled by the video footage of the Mini-Girls playing with each other; none of them actually grew up together.
Check out "Mama" below, as well as a few of the other colorful hits by the girl group!