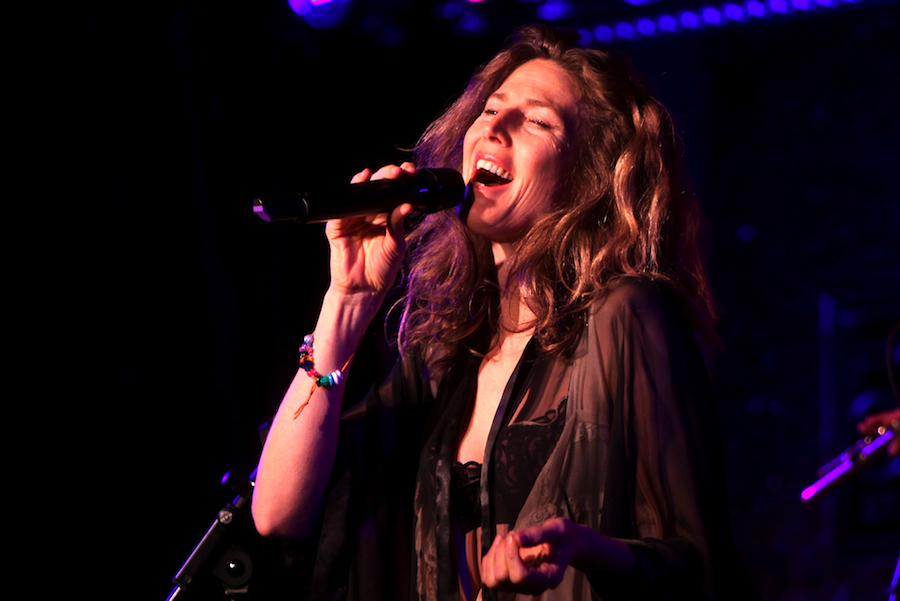 Sophie B. is what I imagine Lady Gaga would have become if the record companies hadn’t gotten their hands on her and she had remained Stefani Germanotta. Like Gaga, Sophie is a good ol’ New Yawk girl with a brain that just doesn't function within “normal” human wavelengths. Girlfriend is a true musical auteur and it shows through based on the simple fact that no two of her songs sound anything like the other. Each track is like a different planet, with its own little ecosystem and its own species of inhabitants. It’s hard to pick a favorite from her canon, as it’s like trying to choose between my dog and a grilled cheese sandwich.

The same, however, can’t necessarily be said for her music videos… But we’ll get to that in a sec.

At any rate, I bring this up because I heard a guy on the radio (someone from OneRepublic, I believe) refer to Sophie B. as a “one-hit wonder”. NOT SO, ONEREPUBLIC GUY! Yes, the tune she’s most remembered for is her 1992 breakout “Damn I Wish I Was Your Lover”, but the song of hers that gets the most play on the radio these days is “As I Lay Me Down” (which also happens to be my least favorite of her singles... go figure). She also released a song in 1994 entitled “Right Beside You”, which is not only right up there amongst my faves of hers but is possibly the most traditionally “radio-friendly” song she’s ever done. That is, it has a distinct melody, intro, verses, choruses (chorii?), bridge, etc. Most of her other songs follow almost no sort of format at all. It’s a free-for-all in Sophieville, and I dig it.

Below are a couple singles that got some decent play upon their release (including both the BANNED version of “Damn I Wish I Was Your Lover” and the more boring alternate version), followed by a couple more obscure ones; as you will see, none are too terribly inventive. Perhaps Sophie prefers for the music to speak for itself… Or maybe she was really, really burned by the whole “DIWIWYL” debacle…

Rounding out the list is “Don’t Stop Swaying”, a song she never officially released as a single but was the B-side of “Damn I Wish I Was Your Lover”… I am including because (a) it is far more representative of her style than any of her official radio releases, and (b) it is, without question, my #1 favorite song of hers. Truly bizarre/wonderful (bizonderful)!