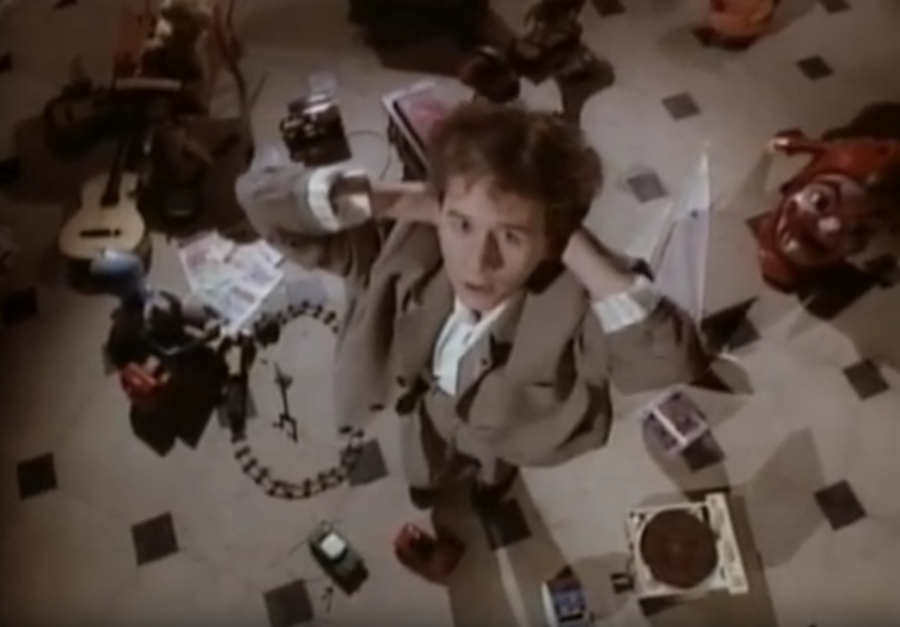 Sometime while I wasn’t looking, the radio gods decided that the music from my childhood now belongs on the Oldies stations. I nearly swerved off the road the other night when I flipped on K-EARTH 101 and heard Roxette’s “The Look”. These are confusing times, I tell you…

There’s another song, though, that still gets regular airplay whether it’s on the Oldies station or Adult Contemporary or Easy Listening or Alternative Rock or whatever… it’s a song that everyone born between 1970 and 1980 will immediately drop everything they are doing when it comes on… and it’s a song which, for whatever reason, I seem to hear at least ONCE a day, every day, lately… And that song is “Don’t You (Forget About Me)” by Simple Minds.

The song was made famous, of course, for being featured in the classic 1985John Hughes teen dramedy The Breakfast Club. The movie, and by extension the song, became the Voice of a Generation. At the time, it stood for everything that Gen-X kids in those days were looking for – acceptance for who they were, a place in this world separate from that of our idealistic Baby Boomer parents. These 32 years(!) later, the song is still relevant in our lives. Now WE have become that older generation that the song and film originally rebelled against, and the song has not evolved into a battle-cry for us aging Gen-Xers who have held so steadfastly to our pop culture upbringing in a way that no other generation has done before. Seriously – we’re the first generation in history that has made wearing the same clothes we wore as kids socially acceptable. Could you imagine your dad wearing a hoodie and an X-Men T-shirt? Of course not! Dads wear suits and ties and Polo shirts! At least they did when I was growing up.

So, in the name of glorious Nostalgia and Days Gone By, let’s all drop everything we are doing and bask in the wonder of this classic jam!