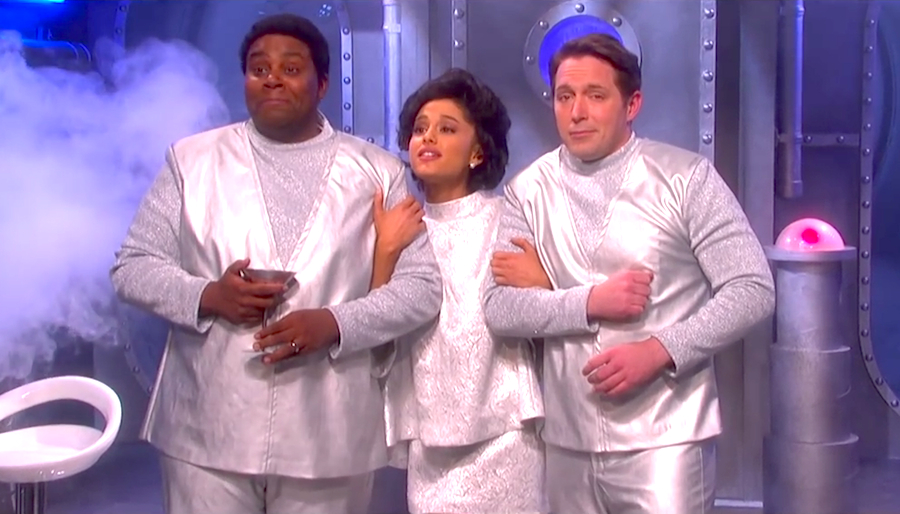 Once a week is an adequate interval for some activities in life, like exercising or actually cooking, but when it comes to watching the hilarious late night show "Saturday Night Live", one episode per week is not enough. All hope is not lost, though, because SNL’s official YouTube Channel is hooking you up.

The account features unaired sketches that were previously cut for time. Despite not making the final cut, they are still on par with the best of them. In fact, I think you’ll find the previously unseen clips will become some of your new favorites. The sketches include the brilliant SNL cast as well as some of your favorite celebrities, such as Kristen Wiig and Ariana Grande. Start the group text now, because you will want to send these to everyone you know!

Drake returns to his acting roots and sharpens his comedic skills in this workplace skit. While watching you will forget that this is the same man who gave us “Hotline Bling” because he plays a bit of nerd. The office has their own inside jokes, and poor Drake can’t seem to catch on to them... mostly because they are insane, but also kind of wonderful.

Kristen Wiig, plays Hindra, a goddess of creation who has a knack for making rather peculiar creations. Also featured are SNL favorites Vanessa Bayer and Kate McKinnon as fellow goddesses who also have some crazy ideas for Earth. The sketch pokes fun at the odd creatures of the world and reimagines how they might have been made. Seeing Wiig humorously describing animals like the flamingo and the clam is phenomenal.

SNL alum Fred Armisen does it again. Playing an eccentric airline pilot frustrated with the coat check attendant who continually brings him the wrong coat, he dazzles. The coats become increasingly ridiculous and feminine, embarrassing poor Fred in front of his date. Spoiler alert: he finds his coat eventually, and it’s worth the wait.

Not only is this hilarious, but it also serves as an excuse to hear Ariana Grande’s killer Judy Garland impression, whose iconic voice Ariana has no problem channeling. A fictional space movie and Judy Garland’s classic style combine to make this hilarious musical. It’s both ridiculous and over-the-top in both dialogue and dancing.

Aidy Bryant’s character has just posted her 10,000th tweet, which is an exciting feat on its own. The day becomes even more exciting when a group of celebrities and all-around important people magically appear to sing and dance with her in celebration. This song will be stuck in your head all day, but the laughs are well worth it.

Let me start this off by saying, Bill Hader is the best dancer out there. A life-size casual entertainment doll named Alan, played by Hader, is given as a gift -- and he truly is the gift that keeps on giving. Alan, also known as Keith, is a dancing machine and a little stinker. Turn him on, watch him go, and die of laughter.

These are just a few of the gems that unfortunately never graced our TV’s. You can check out the rest of the SNL’s official YouTube channel, and keep checking as they add more.