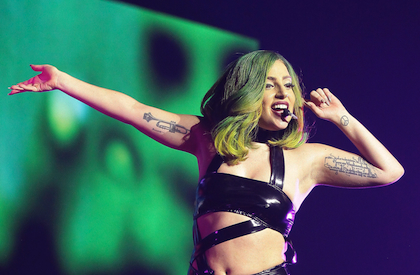 It’s hard to believe that Lady Gaga is only turning 29 this weekend. Not that it seems like she’s older or anything, but it just feels like she’s accomplished so much so far that it blows the mind a little to remember that she’s still under 30!

At any rate, it’s impossible to talk about the Mother Monster without talking about her music videos. As talented as she is and as great as her music is, it’s hard to say what LADY GAGA would be without her music videos. She practically reinvented the medium, taking them from modest clips that are essentially just extended advertisements for the song and/or album its promoted and elevating them to ART. Say whatever you want about Gaga, but you cannot accuse her of being half-assed. She goes for everything full-throttle, and no detail is too small. It’s that kind of precision and dedication to her vision that has transformed Gaga into a mere pop singer into an icon of her generation.

So, to celebrate her Big 2-9 this weekend, let’s take a long, gaping stare at some of Gaga’s most jaw-dropping music videos/short films/performance art pieces!