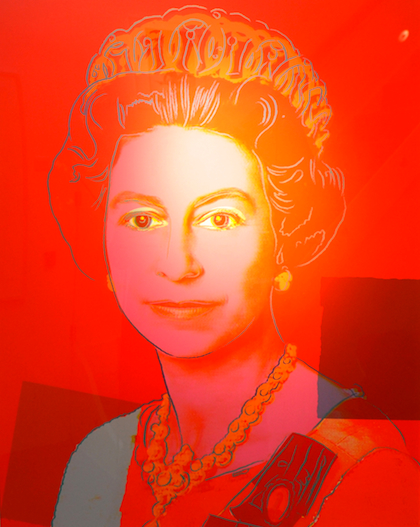 GOD SAVE THE QUEEN!

This week, Queen Elizabeth II officially became the longest-reigning monarch in British history at 63 years! Girlfriend has been sitting on the throne of the United Kingdom since she was 26 years old! And she shows absolutely no sign of giving up that crown anytime soon – her mom lived to be 101, after all, sooo… sorry, Prince Charles, looks like you’ve got a lot more waiting to do!

Even though we fought tooth and nail for our independence from Great Britain back in the day, the fact of the matter is, we were founded by Brits, and as such, we maintain a great affection for our forebears across the Pond. At least I do! I mean, what’s not to adore and admire? A rich history stretching back to ancient times, the U.K. and its citizens have shaped so much of the world… and that includes music!

Some of the most influential musical artists have come out of Great Britain. You could end this whole conversation with just two words: The Beatles. That would be enough to make your point, but the fact is, the little island in the Atlantic continues to churn out amazing musicians. So, in honor of the Queen’s b-day today, let’s celebrate with a few tunes that perfectly typify Britishness and the British way of life… for better or worse!