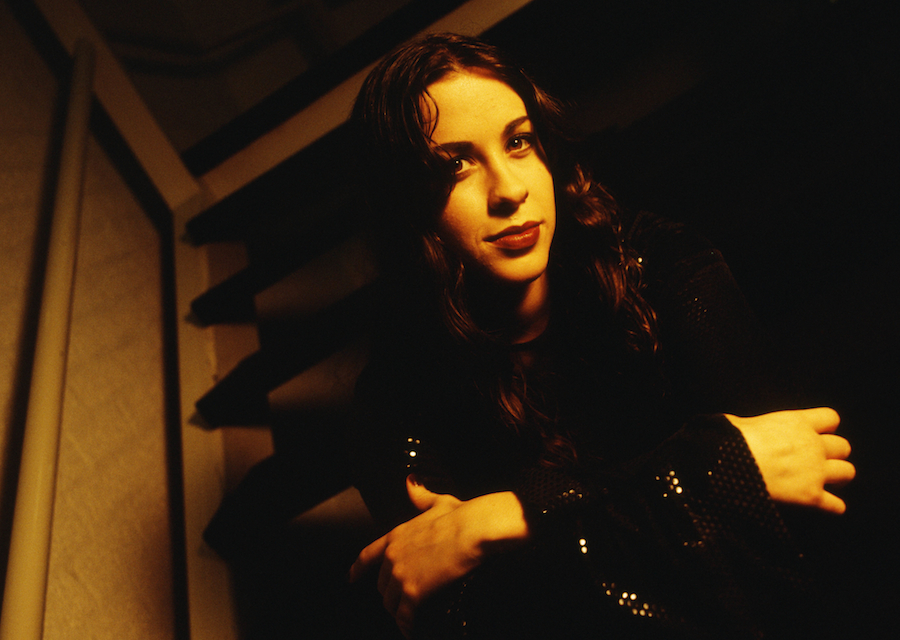 There's nothing quite like having a famous musician compose and sing a song about you. And if you're a fellow famous person, it gets even juicier! Just ask Taylor Swift, who has forged a career and whole albums about the celebs she has dated.

But Swifty is only one in a looooong and storied legacy of singer-songwriters using their talents to address those they have loved, lost, and everything in between. Heck, Fleetwood Mac wouldn't even exist if not for their musical smackdowns on one another!

So, this week, I'm paying tribute to tributes! Here are 7 classic songs inspired by other famous faces:

"In Your Eyes" - Peter Gabriel
Dedicated to: Rosanna Arquette
The story goes that it was Rosanna herself who urged the usually offbeat singer to allow the filmmakers of Say Anything... to include this song in the now legendary raise-the-boombox scene. Most people have that image in their mind when they hear this song, but Peter himself put out his own visual representation! (As a side note, this was not Arquette's first experience being the object of musical affection -- in 1982, rock band Toto recorded and released the tune "Rosanna" in her honor!)

"Candle in the Wind" - Elton John
Dedicated to: Marilyn Monroe
Elton's homage to the most glamorous woman ever is a tender ode to a misunderstood woman admired from afar. His whole sentiment can be summed up by the line "Goodbye, Norma Jean, from the young man in the 22nd row, who sees you as something more than sexual; more than just 'our Marilyn Monroe.'" Chills! Elton brilliantly brings us back to the human, not the legend, of Marilyn, who, let's face it, really was like a "candle in the wind" -- she never knew her father, her mother was locked away in an institution most of her life, she had no brothers and sisters, and she had no children. Basically, she had no legacy other than herself. And, thanks to Elton, she has this song.

In 1997, after the tragic death of another glamour icon, Princess Diana, Elton reworked the lyrics of this song in her honor and performed it at her funeral.

"Steve McQueen" - Sheryl Crow
Dedicated to: Steve McQueen
This song isn't so much about Steve McQueen himself as it is about the idea of him, but I personally think it's a fitting tribute to one of the biggest badasses in cinema history! The video gives a shout-out to McQueen's most famous flick, Bullitt, widely considered to contain one of the most thrilling car chase sequences ever caught on film.

"Man On the Moon" - REM
Dedicated to: Andy Kaufman
The song, released in 1992, heavily references late comedian, Andy Kaufman, known for pulling numerous fast ones on the public. The song became so associated with him that when Milos Foreman made the film based on Kaufman's life, starring Jim Carrey, he not only named it for REM's song but he also employed the group to score the film as well! Out of this came a sequel, of sorts, to "Man On the Moon" -- the equally brilliant and enigmatic "The Great Beyond".

"Black Velvet" - Alannah Myles
Dedicated to: Elvis Presley
An appropriately sultry Southern twang encapsulates Alannah's 1989 ode to the King of Rock. The title itself refers to the questionable practice of emblazoning Elvis's likeness in sheets of black velvet and hanging them on one's wall.

"You Oughta Know" - Alanis Morissette
Dedicated to: Dave Coulier
When Alanis first burst into the mainstream in the mid-'90s with this biting, bitter attack on an inconsiderate ex-lover, the world collectively asked itself, who in the world could have done so much damage of this to this young woman to make her lash out like this??

Wait, WHAT?? Yes, it's true, the man who made a career out of mugging uncontrollably and dropping corny one-liners on the Olsen Twins spent his free time being a dastardly cad to little Alanis Morissette. Whodda thunk? If you're still scratching your head, don't worry -- so is Dave. When he realized the song was about him, he honestly had no idea he had hurt her so badly (at least, according to him). As for Alanis, I think she's moved on nicely. In 2010 she marries Mario Treadway and they currently have 2 kids together.

(Also, it might be worth noting that Alanis's 2003 album, So-Called Chaos, featured a song called "This Grudge", all about forgiving someone who has been the object of her vitriol and how it only ended up hurting herself. The song opens with the line: "Fourteen years, thirty minutes, fifteen seconds, I've held this grudge..." Could this be Alanis's absolving of Mr. Coulier?)

"You're So Vain" - Carly Simon
Dedicated to: ???
This one is a doozy. Its notoriety stems not so much from who it's about but because we don't know who it's about! Carly has kept us in the dark for years, ever since it hit airwaves way back in 1972. Rumors and theories have abounded -- everyone from Warren Beatty to James Taylor to Mick Jagger have been suspected -- but Carly has been very coy. And the fact that she has fanned the flames of mystery so diligently all these years only goes to confirm that the song is indeed about someone well-known. She's dropped some hints on occasion, such as revealing that the name contains the letters A, E, and R, and in 2015 she admitted that the second verse is indeed about Beatty but that the song addresses two other men as well. Thus like a cruel game of "Wheel of Fortune", the speculation continues. In 2003, president of NBC Sports Dick Ebersol won a $50,000 auction in which the prize was the name of the song's subject! WOW, this must be juicy!

In 2010, Carly released a re-recording of the song in which she claims that she whispers the first name of the mystery man backwards. It was confirmed that the name was "David", and it was immediately reported as fact that the name referred to music mogul David Geffen, and the whole song stems from a business dispute. But Carly's camp have denied it's Geffen. In 2015, Simon confirmed that, while the second verse was about Warren Beatty, the rest of it isn't. So, the mystery continues!

But to bring this whole thing back full-circle, in 2013, Taylor Swift claimed that Carly revealed the subject(s) of the song to her.