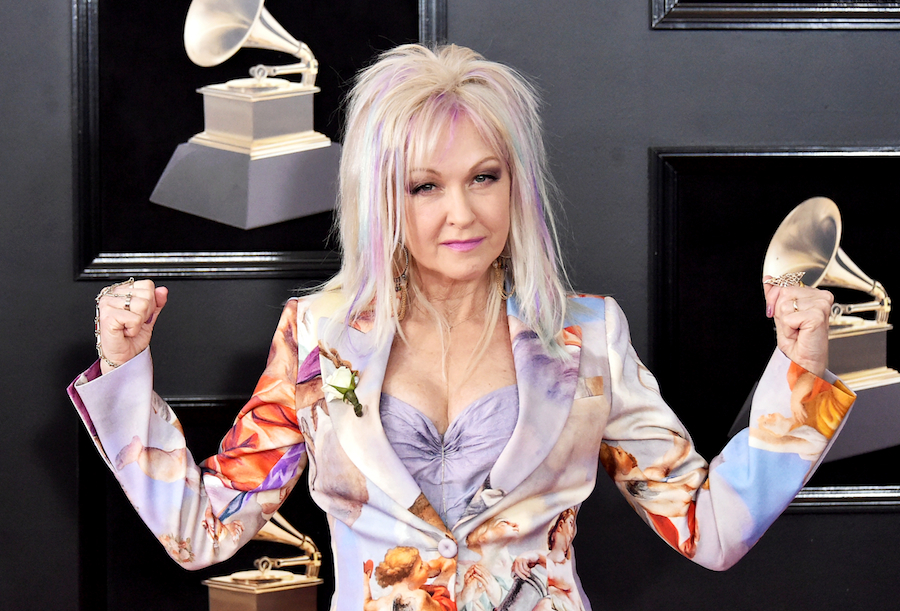 Cyndi Lauper was my very first pop culture idol. The first famous person that I looked up to and tried to be and decided to emulate. The year was 1983, and the 30-year-old Queens, NY, native was riding high on her double-platinum debut single, “Girls Just Want to Have Fun”, off her debut album She’s So Unusual. That title wasn’t lying either. In fact, it was an understatement. With her random, pieced-together-from-thriftshop-leftovers outfits, bright red hair with patterns shaved into her head, squeaky singing voice with thick New York accent, and spastic dance moves, Cyndi was unlike anything that anyone had seen (or heard) before at the time. And 4-year-old me lapped up every single bit of it.

I’m not even kidding. Anyone who knew me at that time was well aware that “Girls Just Want To Have Fun” was my JAM. I took ballet classes at the time, so I was lousy with tutus, which was perfect for playing dress-up-like-Cyndi and lip-syncing in my bedroom mirror to every single track on the She’s So Unusual album… even if I didn’t quite know what she was singing (in the case of “She-Bop”, that was probably for the best). I was still a hardcore Cyndi-phile when her second album, True Colors, dropped in 1986, and I remember my aunt giving it to me for my birthday that year. Heaven.

As kids do, though, I grew up, found other people to idolize, and discovered other music and interests. But Cyndi was always in my heart. The year before I moved to L.A., I found out that Cyndi would be performing at SunFest, an annual music and arts festival in West Palm Beach, near where I grew up. I couldn’t believe it! It had been a good 20 years since my epic lip-sync-athons in my bedroom, but I had to be there, front and center. Well… near the front and a little to the left, but still! Good enough. Seeing her perform live, in person, was practically a religious experience. And when she swung into “Girls Just Want To Have Fun”… I can’t quite explain it. The one person who pretty much DEFINED my childhood, all of a sudden right there, standing a few mere yards away. I couldn’t sing along because I was too emotional.

Although her mainstream appeal petered out considerably after True Colors, Cyndi hasn’t missed a beat. She released 9 studio albums in the years since, and most recently, she has experienced somewhat of a renaissance thanks to her gig composing the music for Broadway musical Kinky Boots. In fact, she won a Tony Award for her efforts. That’s my girl.

So, in honor of her amazing accomplishments and my lifelong admiration of her, let’s have another lip-syncfest, shall we? I’ll bring the tutus!