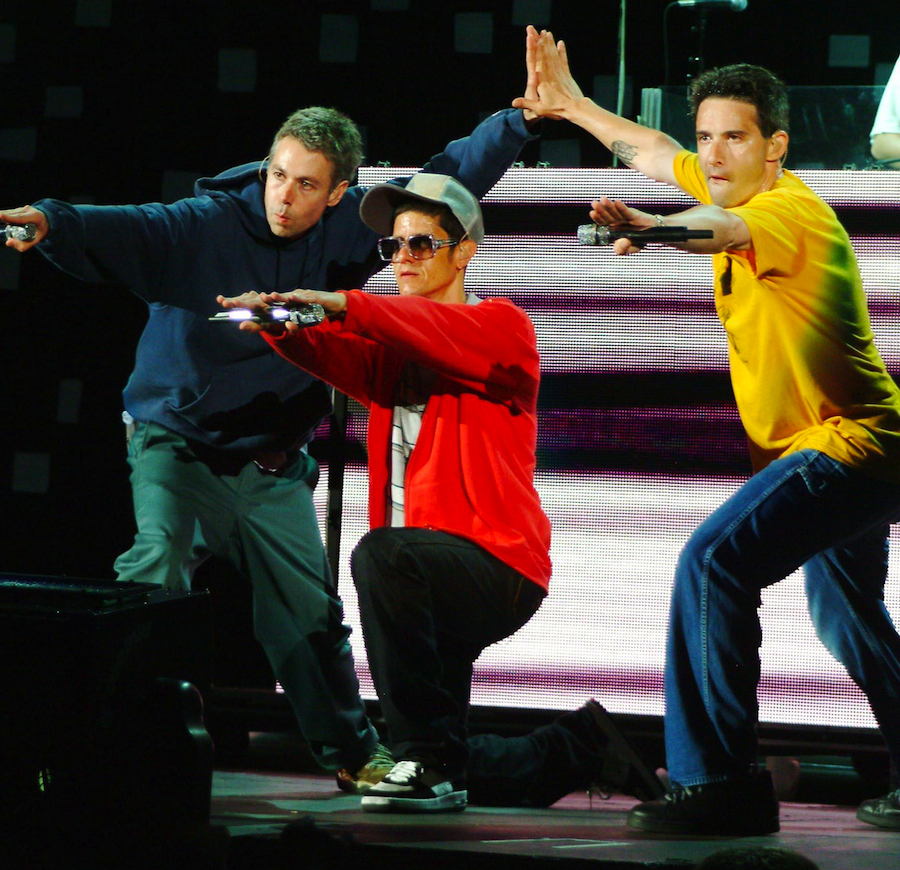 Long after The Beastie Boys ceased to be “boys” in the biological sense of the word, they still knew how to deliver young, fresh beats to their rabid fans. And they did it for three decades.
Hip-hop punk is a pretty shallow genre, in that the pool is not exactly teeming with artists – at least not very many who can pull it off the way the B-Boys could. They released albums in the reg since their debut in 1986, when their single “(You Gotta) Fight For Your Right (to Party!)” thrust them into the mainstream, and they sat comfortably there ever since. A quarter-century later, they released their eighth studio album, Hot Sauce Committee Part Two, in 2011, a year before Adam "MCA" Yauch sadly passed away.
The first track off their last album was “Make Some Noise”, and it was classic Beasties – all about rebellion and shirking the status quo. They may have been in their 40s, but Mike D, Ad-Rock, and MCA knew that you’re never too old to be a punk.
But they weren't so foolish as to believe that the sight of three grown men (some of them sporting gray hair) hopping around in tracksuits and baggy pants might seem a little… odd. Indeed, the trio often performed in suits and ties in their later years. But “Make Some Noise” had no business in a business suit. So, what’s an aging hip-hop group to do? Hire stand-ins, of course!
Mike and Adam2 were noticeably absent in this music video, but they hired some rather lofty replacements. In fact, there’s not a single face in this video that you won’t recognize, and they all inhabited the typical Beastie Boys world of long tracking shots, low-angle fisheye lenses, and all-around badassery. Check out these surrogate Boys get their anarchy on below, and see how many other famous faces you can pinpoint:
And now, a couple other classic B-Boys jams, “Intergalactic” and (of course) “Fight for Your Right”:
(Photo via WENN)
- Katie Marzullo, YH Staff Editor
[email protected]