A Beginner's Guide to Buddhism! 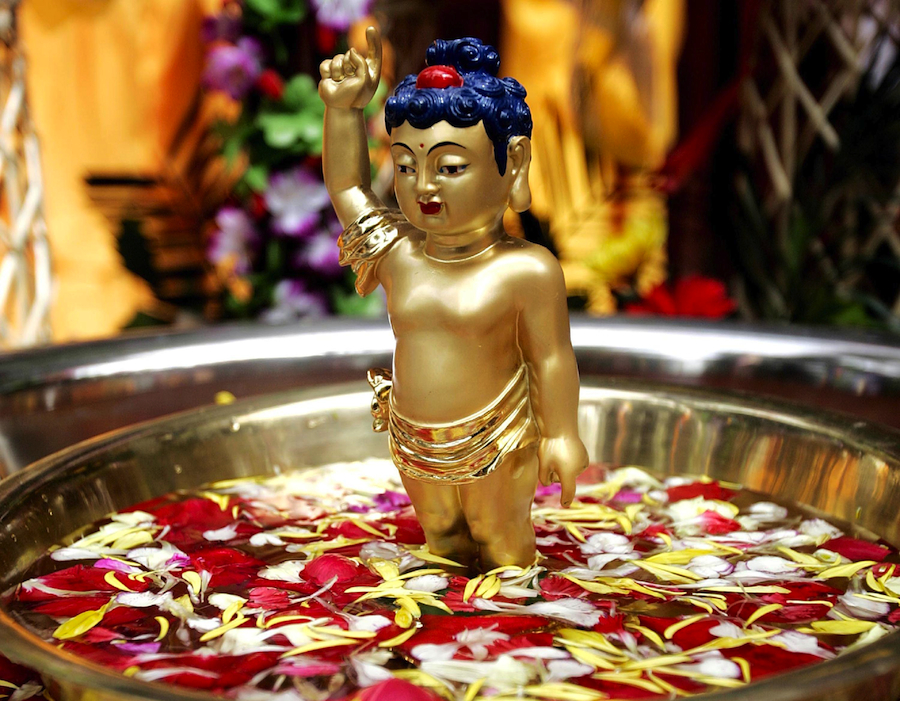 It’s hard to imagine a Prince willingly deciding to give up everything, but that’s what Siddhartha Gautama did when he saw others living a life of poverty. He renounced all of his possessions and set out on the path towards enlightenment, one in which you abandon your basic needs. He first abandoned the need to eat until eventually he had a revelation that would lead him to try to find enlightenment via concentration. After practicing meditation for 40 days, he reached Nirvana (no, not the '90s band; the state of being). He would then travel throughout India teaching people what he had just witnessed, converting anyone who was interested. When he died in 483 BCE, not only was he released from suffering but the foundation for Buddhism was established, and today, 350 million Buddhists still follow the tenants, making it the 4th-largest religion in the world. Practitioners even include some celebrities like Angelina Jolie, Orlando Bloom, Kate Bosworth, Sarah Jessica Parker, Jennifer Aniston, Keanu Reeves, and George Takei, many of whom admit that they turned to Buddhism during a time when they were unhappy and going through hardships, and it helped them to focus their mind on the present and to be at peace with oneself.

The way to achieving peace starts with believing in the existence of the four noble truths and in the existence of the eightfold path. The four noble truths are as follows: suffering exists, suffering has a cause, the cessation of suffering stops when one reaches Nirvana, and the eightfold path exists as it dictates your rights. In essence, the eightfold path is the Buddhist Bill of Rights. It dictates what rights a person has. These rights include the right views, the right speech, the right mindfulness, the right concentration, the right action, the right effort, the right resolve, and the right livelihood. If you follow these rights, you’re on the correct path to attaining enlightenment, but you must also believe that human beings are battling this constant cycle of birth and death, so that when you do die, a cycle of rebirth is formed. In this cycle of rebirth, what you come back as is determined by your physical and mental actions; this is known as Karma. Bottom line: its best to perform good deeds. This could include anything from respecting your elders to following the rules to being nice to others. It’s really not that hard to do good!

Doing good could even start with allowing for the recognition of Buddhist holidays, like the New Year and Magha Puja Day. The Buddhist New Year lasts for three days and always falls after the first full moon in April. The first day, you celebrate the New Year with your family, and the following two days, with friends. Monks decorate the monasteries and offer things to cleanse themselves. During holy ceremonies, rituals to rid oneself of evil spirits are performed. People clean the buildings in the towns they live in, prepare feasts, and get new clothing. Magha Puja Day occurs in March on a full moon and it is believed that, on this day, Buddha gave his followers this message called  “Ovadha Patimokkha”, otherise known as The Perfection of Patience.

So if you've found yourself particularly stressed out or troubled recently, I recommend looking further into Buddhism, as many of its practices have helped people find inner peace and balance. It's worth a try!