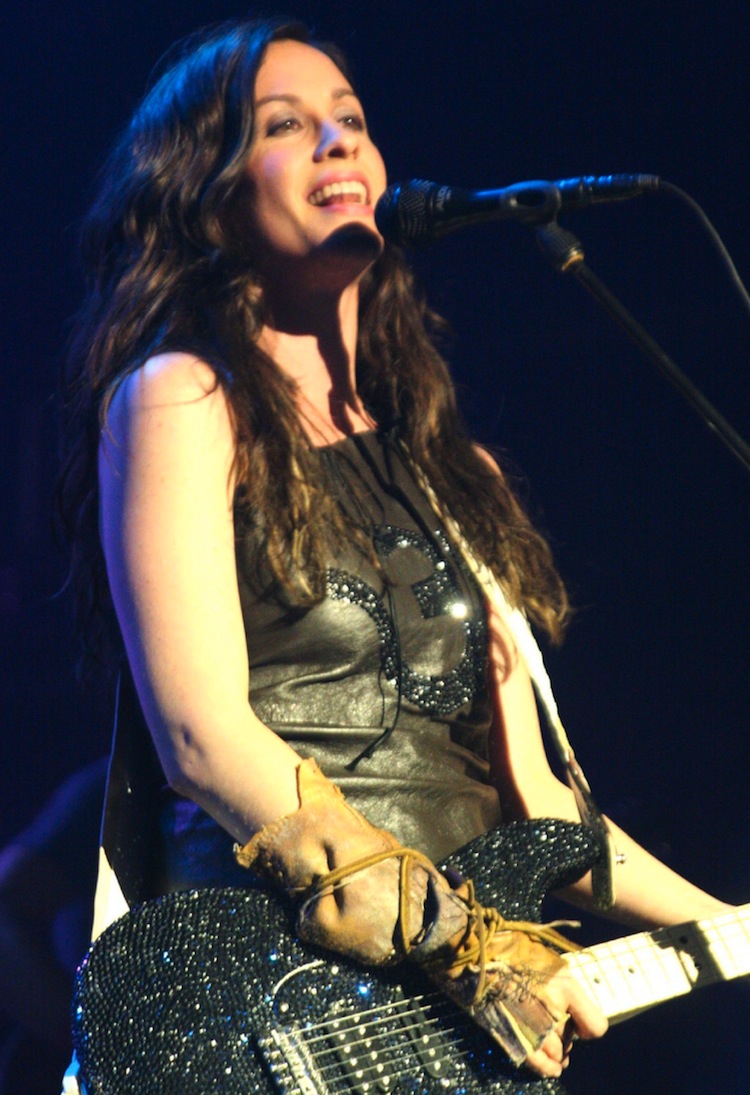 No one has documented their spiritual journey for public consumption quite like Alanis Morissette.

They tell writers (screenwriters, novelists, musicians alike) to write what they know, and songwriters pouring their hearts out in song is certainly nothing new. What makes Alanis stand out, though, is how profoundly her evolution has been documented in her recordings over the years.

Alanis began her career as a fresh-faced teen pop star – yes, it’s true. I have proof below. She was a hit of Britney proportions back in the early-‘90s in Canada. Sometime between her first album and her move to L.A. in 1993, some serious ish went down and Alanis became the Angry Young Woman™ we all tend to remember her as. Jagged Little Pill became the quintessential tome of the “woman scorned” – her first single, “You Oughta Know”, famously lambasting her ex-lovah, Dave Coulier (yeah, the guy from “Full House”). The album clearly struck a chord, going Platinum 16x over and becoming the soundtrack for bitter females everywhere (myself included).

Her next two albums, Supposed Former Infatuation Junkie and Under Rug Swept, also went to #1, providing more catchy hits with thought-provoking lyrics. But one couldn’t help noticing the subtle changes in each subsequent record… SFIJ definitely still had that hard edge we were familiar with, yet somehow the concepts she was singing about seemed so much more… grown up? This was never more evident in than in the song “Thank U”. At the time she released the song, I merely thought it was a cool jam. It wasn’t until years later, though, that I finally GOT it. This song was about a personal awakening, a realization that the anger of her past was no longer serving her and she needed to move toward peace. (There was a reason she was naked in the video, and it wasn't for kitschy shock value...) The album as a whole seemed to be Alanis’s wake-up call.

Then, with Under Rug Swept, Alanis seemed to be finally putting her past in order. She was still singing about the same issues, but from a different perspective, ranging from detached to accepting, and looking ahead to the future. (For instance, "Hands Clean", which seems to clearly be a sequel to "You Oughta Know".)

Thus came her 2004 album, So-Called Chaos, written during her courtship and marriage to actor Ryan Reynolds. Alanis seemed content. And ya know what? This was her first album not to hit #1. Coincidence? Probably not. Not that we weren’t happy for Alanis, but contentment does not a riveting piece of art make.

Well, the inevitable soon occurred – she and Ryan broke up, and it was time for another album. But we were not going to get another Jagged Little Pill out of THIS relationship. Instead, New Age Alanis emerged, and her music took on a decidedly more ethereal quality. Flavors of Entanglement featured a couple tracks which are truly beautiful and zen – “Giggling Again For No Reason” and “Tapes” – widely diverse in their subject matter but containing just the same amount of mature introspection. This seems to be the road Alanis has decided to travel. And I can’t complain! Because it’s quite a lovely sight to behold. It’s proof that we can all grow and evolve, so long as we allow ourselves to!

Check out the Evolution of Alanis below!