Fox's "Son of Zorn" Is More Real Than You Might Expect 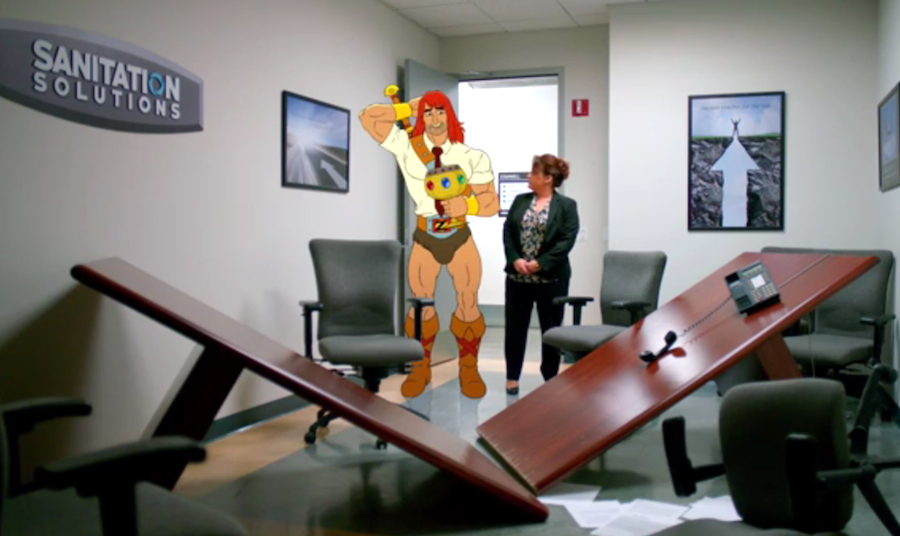 “Son of Zorn” aired for the first time this Sunday on Fox. In case you missed it, I’ll give you the rundown -- The show follows Zorn (voiced by Jason Sudekis), a literal cartoon character in the vein of He-Man who fathered a son with a human woman named Edie (played by Cheryl Hines). That was 17 years ago, and since then, Zorn has been fighting off hoards of demons and other bad guys in his cartoon homeland, the island of Zephyria.

At the start of the series, Zorn leaves Zephyria to visit his now ex-wife and son Alangulon, a.k.a. Alan (played by newcomer Johnny Pemberton), for the weekend, as he does every few years. Zorn comes back to find that his ex-wife Edie has moved on and is engaged to a beta male named Craig (Tim Meadows). Also nobody seems to have referred to Zorn as being a cartoon character yet, so there’s plenty of comedy to come from treating cartoon beasts and weapons as real. Also there are plenty of jokes that land on point, however it should be noted that, since this first episode is a pilot, there will be bursts of wavering as set up is involved. But what seems to be the heart of the show, and what really caught my attention, is that Alan is quite resentful towards his father Zorn’s constant absence.

I may not even been clear before --, Zorn literally hasn’t seen his son in years. Seven years, to be exact. It’s revealed in dialogue that Zorn only comes around every few years and only for a weekend at a time, so why wouldn’t Alan resent him? Underneath all the surreal humor and fun of blending a cartoon world with the real world is actually quite a sad story. When you take away Zorn and all his He-Man cartoon glory, he’s actually nothing more than a sad deadbeat dad, but half-way through the episode, you can see that now he’s trying to make things right. The only problem is, he’s about 17 years too late.

So as Zorn tries to adapt to regular (live-action) society, he’s a constant annoying fixture in his son’s life. It’s time to make up for lost time, but Zorn is a barbarian and doesn’t understand things, most of all… his son. (DRAMA!) It’s a tale that plenty of kids and adults can relate to -- Deadbeat dad weaving in and out of life with no interest and then BAM! he knocks on your front door trying to steal back your mom and telling you that you don’t decapitate enough people. But seriously, there’s something special and sort of dark here that really hasn’t hit mainstream culture head-on like this. All I can say is that Zorn may be a cartoon, but his issues as a neglectful father are real.

Absentee father storyline aside, “Son of Zorn” has a lot of potential as a comedy. The pilot may have just aired, but if they keep putting out the funny like the first episode and upping it, I have no doubt that “Son of Zorn” will be one of the best comedies on television by the end of the season.

Check out the trailer below and watch the special preview episode here!