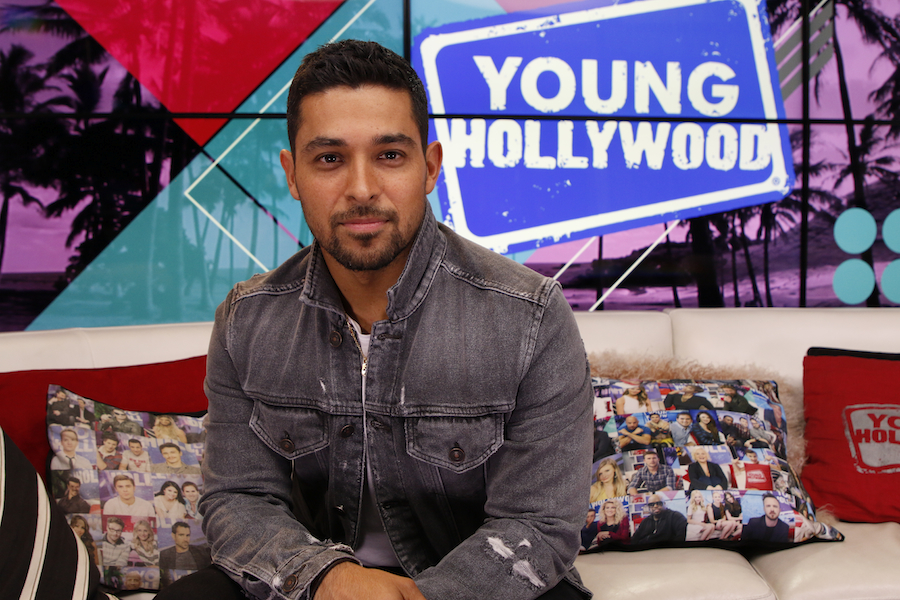 If you thought puppet shows were just for kids, Wilmer Valderrama is here to prove otherwise. The actor recently stopped by the Young Hollywood Studio to talk about his Fuse series “The Hollywood Puppet Show” picking up its second season!

“It was a silly idea,” he told us of the show's origins. “You’re always producing and developing scripted stuff, but once in a while you come up with an idea that’s not gonna make or break the company; just something you have a passion for.”

The idea for “The Hollywood Puppet Show” came about from a discussion with friends about a new way to do interviews. Wilmer has served as the executive producer and host since the show first aired in 2017.

“All of us artists have a crazy story that’s happened to us, and none of us have the time to tell that story,” he said.

The marionettes, created using 3D printing, stand in place of the guests and reenact their stories for them. Wilmer says it’s a fun way for celebrities to be vulnerable while telling a funny story fans can enjoy.

“Everyone wants to be a marionette now,” he said.

For its second season, which dropped yesterday (July 17), “The Hollywood Puppet Show” will feature 20 new celebs, including Prince Royce, Nick Cannon, and T-Pain. In the future, Wilmer would love to have Kobe Bryant on the show, as well as more Latin crossover artists.

Check out our interview with Wilmer to hear more about “The Hollywood Puppet Show”, and watch him play “Emotional Quotes” game where he reenacts some of our favorite Fez quotes from “That ‘70s Show” with our host Ruba Wilson!