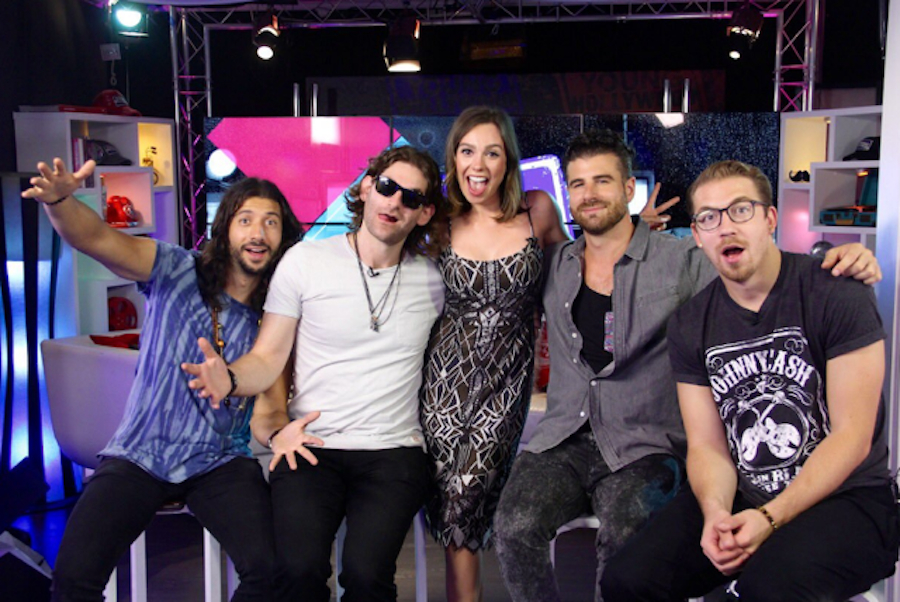 Magic! is not your conventional band.

The Canadian quartet -- consisting of lead singer & guitarist Nasri, guitarist Mark Pelli, bass guitarist Ben Spivak, and drummer Alex Tanas -- formed in 2012 and cover a wide range of genres, including the heavy reggae influence present in their breakout 2014 hit "Rude". They also put their musical versatility on display in the YH Studio with an impromptu cover of Ginuwine’s “Pony”. Not straying too far from their roots, though, Magic! also performed their new single “Red Dress”, in addition to their classic hit “Rude”.

After the performance, the group sat down to chat with us about everything from where they want to travel (China is a big goal) to what their spirit animals are (Ben picked an elephant). The quartet also revealed the meaning behind the title of their new album, Primary Colours, which has a tie-in to Nasri’s new baby.

One take away from the interview is that Magic! has a specific goal with their music: To help listeners forget about life for a second. Their music provides the ultimate escapism with funky undertones. We love this motto and their new single!

Check out the full interview including performances below!