5 Most Incredible Moments From "Hollywood Medium With Tyler Henry" (So Far)! 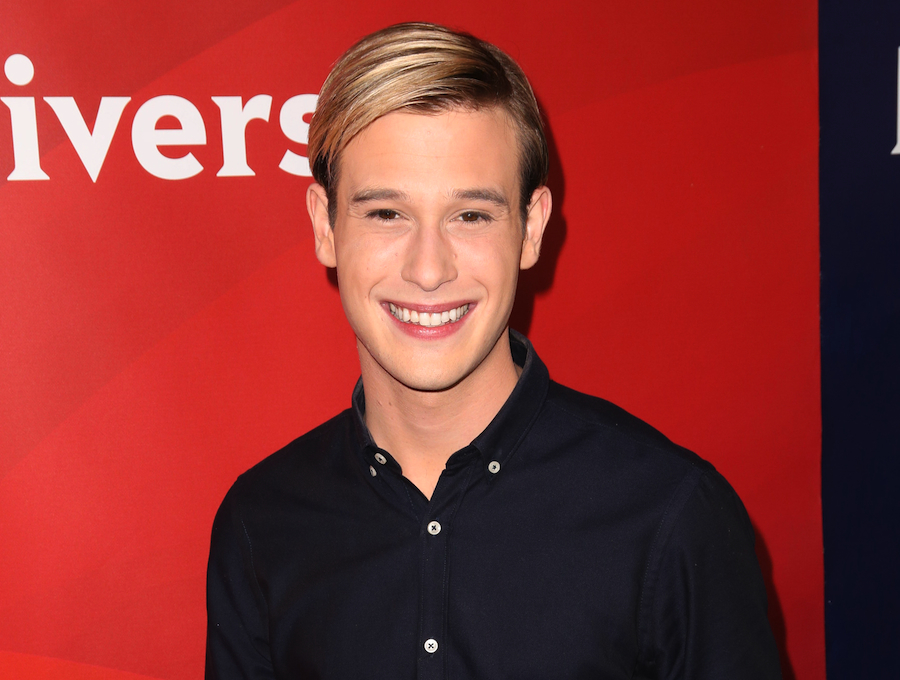 America has officially fallen in love with Hollywood’s favorite and most adorable psychic, Tyler Henry. Season 2 of his E! reality series “Hollywood Medium With Tyler Henry”, which follows 20-year-old Henry as he gives readings for some of Hollywood’s biggest stars, premiered this week, and it promises to have just as many awe-inspiring moments as the first!

In case you're not up to speed or remain unconvinced of Tyler's gifts, here are some of the most jaw-dropping moments from Season 1!

Even social settings can turn into readings for Tyler. While attending a Hollywood party, he gets an overwhelming urge to deliver a message to one of the guests. In all his adorableness, Tyler pulled Disney star Bella Thorne aside to deliver a message from her father. Tyler mentioned a “really old, really deteriorated” stuffed animal and also told the actress that her father had an incredible amount of pride for her.

E! personality Ross Matthews was absolutely shocked when Tyler revealed personal details about his father. Tyler correctly acknowledged illnesses and a love for hunting and fishing. He even referenced Matthews playing Bilbo Baggins in a childhood production. However, the most spine-tingling moment occurred when Tyler revealed that Matthews’s pet Chihuahua has had a paranormal experience. He explained that spirits have tried to come through and the dog was able connect with the energy.

Tyler initially connected Jaime Pressly’s southern grandparents. However, Pressly’s reading took an unexpected turn when actress Brittany Murphy came through. Murphy passed away unexpectedly in 2009 at the age 32 and mystery has surrounded her death since. Although she didn’t have a specific message for Pressly, Tyler explained that sometimes spirits use mediums as a vessel to get their messages out for other people.

Sometimes messages from the other side affect Tyler physically. After touching a personal object Nene Leakes had brought with her to the reading, he immediately began to sweat profusely. Tyler explains he is also a medical intuitive, which causes him to take on physical symptoms of how someone died. The personal object belonged to Leakes’s mother, who had kidney issues. Although the two did not have a healthy relationship, through Tyler, Leakes’s mother thanked her for allowing her to pass on, apologized for keeping the identity of Leakes’s biological father a secret, and expressed pride in her daughter’s success. Witnessing this powerful and scary reading would make any skeptic think twice about Tyler’s abilities.

Tyler doesn’t like to know whom he’s meeting with before a reading. However, four weeks before his reading with Margaret Cho, he says he began receiving specific messages for the comedian. This culminated into the most shocking moment of Season 1 of "Hollywood Medium" -- Tyler connects with the late legend Robin Williams. According to Tyler, Williams wanted to say that he was inspired by Cho as a comedian and also that he didn’t want to spend the rest of his life suffering with Parkinson’s disease.

Tyler stopped by the YH Studio recently to clear up some common misconceptions about mediums and explain how he first discovered his incredible gifts. Check it out below!

Be sure to catch "Hollywood Medium With Tyler Henry" every Wednesday night at 8pm on E!