'Spirited' Puts a Fresh Spin On a Holiday Classic! 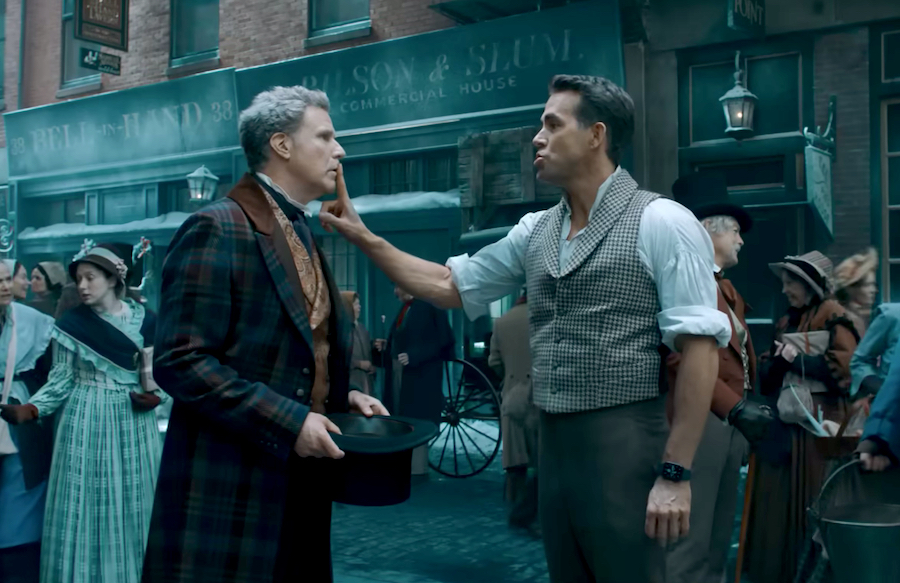 Chances are, if you’re alive and breathing, you’re familiar with A Christmas Carol' by Charles Dickens. Ebenezer Scrooge is a nasty old man who is visited by the Ghosts of Christmases Past, Present, and Yet to Come so that he may become a better person. The story has been adapted for film and television countless times over the years – but never like this. Ryan Reynolds and Will Ferrell star in Spirited, a Christmas musical comedy about a selflish man, Clint Briggs (Reynolds), that chases everyone in his life away -- including the first Christmas ghost sent to teach him a lesson. The Ghost of Christmas Present (Ferrell) is then hired, and from there the story we know and love gets a makeover. Briggs manages to turn the tables on Present, and the ghost is forced to evaluate his own choices in life. Plus, we can’t forget the tap-dancing, singing, and diverse cast.

Viewers will recognize Octavia Spencer, Tracy Morgan, Sunita Mani, Rose Byrne, and Patrick Page among the cast. The actors had to learn intense choreography, as Reynolds revealed to People Magazine: “I felt like I was whittled down to next to nothing halfway through the movie. I mean, we would wear those Fitbits, and you’d see you get like 28,000 steps in a day. It was crazy.” The trailer confirms just how large scale the dance numbers were; whether it’s a ballroom or a Vicorian cobblestone road, the frame is jam packed with dancers.

At the helm of Spirited is director Sean Anders, the writer responsible for such comedies like She’s Out of My League (2010), We’re The Millers (2013), and Daddy’s Home (2015). Spirited is in theatres now and will begin streaming on Apple TV+ on November 18.