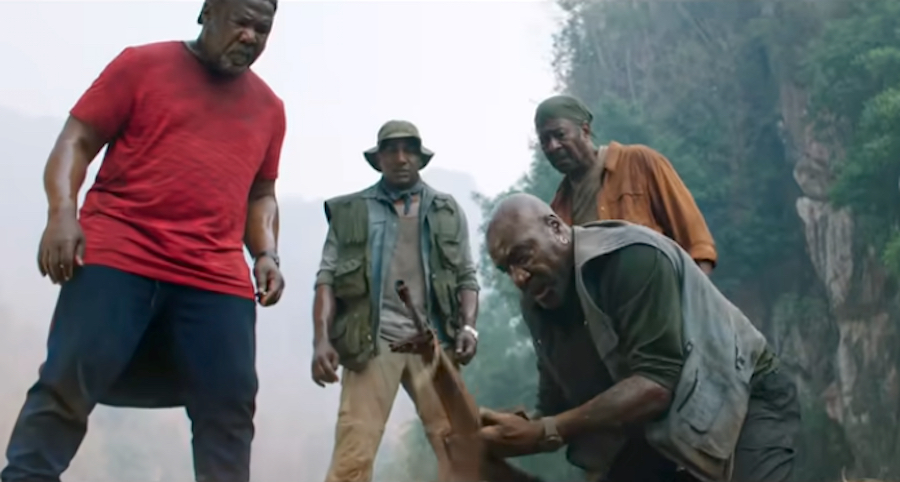 One week ago, the amazing Spike Lee released his newest film on Netflix, Da 5 Bloods, a timely drama that follows 4 Black American war veterans into the Vietnam jungle to bring back the remains of their captain, "Stormin'" Norman (Chadwick Boseman), along with the gold they were ordered to retrieve decades ago but instead hid for themselves. Spike Lee is known for creating work that explores African-American themes, and in Da 5 Bloods, he sheds light on a forgotten part of the Vietnam War story. While Black soldiers were fighting a war in Vietnam, they were fighting a war of their own back on the homefront.

Throughout the film, he shows snapshots of the racial injustice that occurred on American soil over the years, from the Jackson State Killings to the day Martin Luther King Jr. was assassinated. In the film, we watch the men listen to the devastating news from North Vietnamese radio DJ "Hanoi Hannah", causing them to rightfully question their alliances to the Red, White, and Blue.

The film comes at a relevant time, as Lee makes comparisons to the protests that occurred after MLK's assassination to the current ones over the killing of George Floyd and others. But Spike Lee has always been ahead of the times, and throughout his entire filmography, has asked the question. What does it mean to do the right thing?

Da 5 Bloods is a culmination of racism, friendship, trauma, and imperialism, as we watch four former soldiers relive the war they thought they left behind and work through the traumatic events that have haunted them to this very day.

The film is already earning Oscar buzz for best cinematography, directing, screenplay, acting -- particularly for Delroy Lindo as the unstable, MAGA hat-wearing Paul. So, if you haven’t yet seen this insightful piece of work yet, definitely set aside time to do so. Perhaps 2021 will be the year Spike Lee finally takes home his award for Best Director or Best Motion Picture...