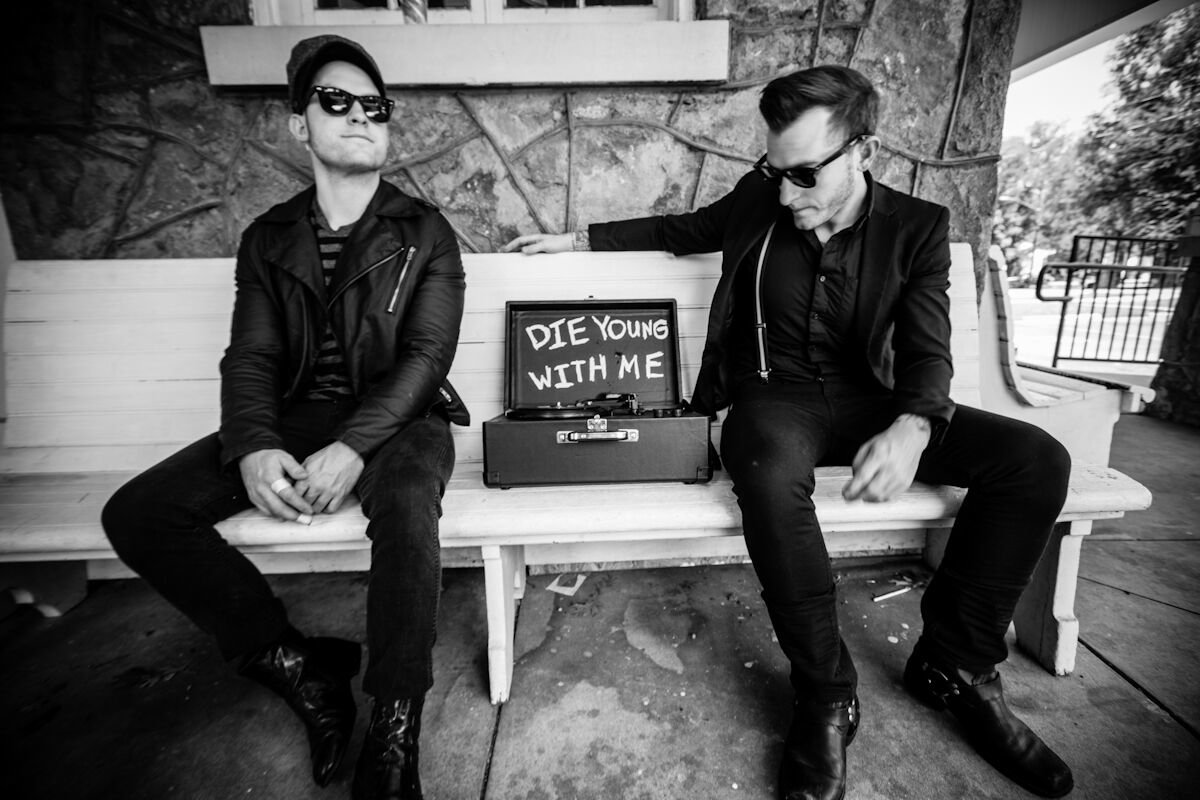 Twin brothers Nat and Rob Rufus have been in bands together since they were just teenagers. At 17, Rob had a lengthy bout with a rare form of cancer, and once he was out of the hospital and well, they added two members, moved from West Virginia to Nashville, and their rock band Blacklist Royals was born. Their most recent album, 2014's Die Young With Me, was molded from experiences they had during those tough times in the hospital and the perseverance they had to exercise to get through them.

Their current project is an artist cover series that they started in order to keep feeding music to their hungry fans while in between albums. Their next EP of covers, Dead Time Volume One: Songs of The Cure, will feature three of the band’s favorite Cure songs:  “Plainsong”, “A Forest”, and “Pictures of You”.

The band will also give the upcoming Dead Time EP away as a free download in the coming weeks. Until then, they're releasing their cover of "Pictures of You" EXCUSIVELY here on YH! Check it out below!

We had the opportunity to ask Nat some questions about their anticipated new projects, their previous albums and experiences, and just where exactly the name Blacklist Royals came from!

YH: Can you talk about releasing Dead Time Vol. 1 - Songs of The Cure on cassette tapes? How did you come up with this idea and when are you going to release the cassettes?

NR: We had the idea of doing an ongoing cover series as a way to give music to fans between album cycles, and honestly it just seemed fun to do tribute EPs of bands we love. The songs will all be up for free download next month, and the cassettes are free at shows when people buy our last record Die Young With Me, and they also come with a download card; there are only 100 of them and they're hand-numbered, so it's a pretty cool collectors item.

YH: Why did you choose to cover "Pictures of You" and what do you love most about this song?

NR: "Pictures Of You" has always been one of my favorite songs by The Cure, and just seemed like it would be kind of a challenge to cover. Our version of it was a little more laid back than the other two songs we chose, so we thought including it would make for a really well-rounded EP.

YH: Was it hard to write songs about your personal life for Die Young with Me, or did it come out naturally?

NR: Making Die Young With Me was definitely a challenging process, and it took quite a long time to even get comfortable enough to tap into those experiences. Some of those songs were written two years before we finally got into the studio to record them, so it was like reopening a wound almost. But at the end of the day, I'm more proud of that record than anything we've ever done, and if putting ourselves out there like that can strike a chord in someone else, then it was all completely worth it. I feel like we walked away from that experience a totally new band.

YH: Do you find it therapeutic to write your songs? Why do you think music is a great outlet for expressing yourself?

NR: I find it very therapeutic; after working on such a heavy project like Die Young With Me, all the new BLR songs we've been writing have been a very stream-of-consciousness outlet -- if I'm frustrated, I sit down and write a song; if I'm depressed, I sit down and write a song, etc. This is the first time we've had a band to sit down and hash new material out with since probably 2011, so it's just been an incredibly fun back-to-basics approach. I feel like the whole appeal of music is to hear someone express an emotion they're feeling, and it clicks with you, and you think "they get it!" It's how you know you aren't alone in the world, and I think that's about as therapeutic as you can get.

YH: How did you guys get introduced to music?

NR: I'm not sure, really. Our parents weren't really musical, though I remember our Dad listening to oldies radio constantly. The two major turning points for both of us were probably when our friend's brother played us the Pennywise album Unknown Road, and when Rob was digging through my parents' vinyl and put on Bruce Springsteen's Darkness On The Edge Of Town -- those were total game-changers.

YH: How did you come up with the name Blacklist Royals?

NR: We had a huge list of words tacked up in the wall of our old apartment and just tried different combinations until something clicked. I'm glad we picked one that I'm not completely ashamed of now that I'm older; some of the ones that didn't make the cut in retrospect are horrifying.

YH: Of all of the places you have performed, which is your favorite and why?

NR: I think Reading Festival last year was probably the best show we've ever played. Not because it was the biggest or most enthusiast crowd, or even because we played perfectly -- there was just something about it. We'd slept in the van the night before on the way to the show, were all completely wired when we went up on stage, and we just tapped into that magic somewhere in the set, that thing you feel once in a while that reminds you why you started playing music in the first place.