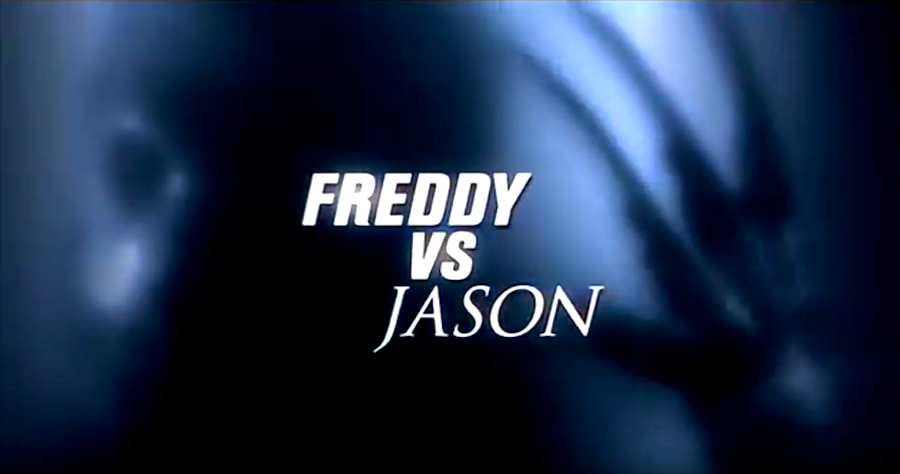 Throughout the years, many of us have debated certain questions. Some that cannot be answered via Google and will never have a completely clear answer because there isn’t one. These debates may take place around water coolers, on bar stools, or at playgrounds -- there is never a set time or place for them. A few of the most classic debates are “Who is faster, Superman or the Flash?” or “Who has more power? Jedi or Wizards?” Sometime in the late-'90s, a handful of movie executives engaged in one of these debates that would later launch a whole new movie: “Who would win in a fight, Freddy Krueger or Jason Vorhees?” And thus Freddy vs. Jason was born.

While watching Freddy vs. Jason, it’s rather difficult to tell if this was meant to be purely camp or an actual scary film. It seems like the film’s creative team decided that it should land somewhere in the middle, and the result is a completely absurd film that, like all classic water cooler debates, never actually answers the question of who would win. If you are looking for a glorious horror mashup with tons of great deaths and scares, then Freddy vs. Jason probably isn’t the movie for you. However, if you’re looking for a delightfully campy comedy to mock with your friends on Halloween night, then Freddy vs. Jason is the ticket.

The film’s plot (or what there appears to be of one) is rather simple: Freddy (Robert Englund, who is having a blast playing Freddy for the final time) is rotting in Hell, where everyone has forgotten about him. After showing a montage of Freddy’s greatest hits (literally), he decides that he wants to keep killing children -- only problem is, he can’t do so unless the children are afraid of him. So he decides to reawaken Jason (Ken Kirzinger) to scare everyone for him, and that’s about when the plot stops making sense.

We then flash-forward to present day Elm Street, where three teenage girls reenact an opening scene from a cancelled CW show. It’s rather difficult to tell that these girls are teenagers, considering the fact that their boyfriends show up with dime store beer and are clearly 40. I also had a bit of a jolt realizing that Destiny’s Child member Kelly Rowland is in this, which seems like a rather strange shift from one of the greatest girl groups of all time. Anyhow, one of the 40-year-olds has sex with one of the teenage girls (who really must be about 25... hopefully) and Jason promptly kills him by folding a bed in half. Since the 40-year-old is so awful, you can’t help but root for him to die and applaud Jason for killing him so creatively. This is defnietly one of Jason’s best deaths ever, and easily the best death in the film:

As in all Freddy movies, the adults naturally dismiss the teens (even though they are well aware of who Freddy is) and he begins to try wreak havoc with their dreams. We then find that Lori (Monica Keena, the main heroine) has an ex-boyfriend (played by Jason Ritter!) who was put in a mental hospital due to his experiences with Freddy. He quickly breaks out to help rescue her, and from there they all decide to have a giant rave in a cornfield (as one should when there are two killers on the loose). We even get an in-depth analysis of the Freddy theme song from a student:

A truly brilliant analysis that could rival Sparknotes.

The rave is supposed to be the time where a few questions get answered, but instead, every time someone is about to reveal a vital plot point, another character decides it’s time to dance or drink. The constant interruptions are supposed to build tension, but instead just adds to the absurdity. We are also introduced to a non-union equivalent of Jay (from the Jay and Silent Bob franchise), who, for no apparent reason, joins our motley crew. Naturally, the party is broken up by Jason as he goes on a murderous rampage. But once again, it's kind of justified: a random guy who looks like Kiefer Sutherland from The Lost Boys attempts to have sex with a knocked-out girl, and the entire party dances with glow sticks as though this is a parade at Disneyland. It’s understandable as to why Jason would be offended by such party fouls (NSFW language):

At some point in the film (it’s not entirely explained when), Freddy decides that he’s had enough of Jason and the two decide to fight each other. The film really delves into madness then as Freddy keeps entering everyone’s dreams (including Jason's!), and it becomes unclear as to whose dream we are in. Despite the chaos, the dream sequences do include a particularly insane one in which non-union Jay meets a version of the caterpillar from Alice in Wonderland (who is really Freddy) smoking a hookah. Of course the caterpillar tries to kill him, but this is so random and such an ode to stoners you can’t help but love it:

I won’t reveal who wins in Freddy vs. Jason (you will have to watch the epic battle scene yourself to find out) but I will say that it is a particularly oddball horror film. I wouldn’t put this on if you have little trick-or-treaters, but for those of you who are a bit older and in the mood for a good laugh, then Freddy vs. Jason is for you.