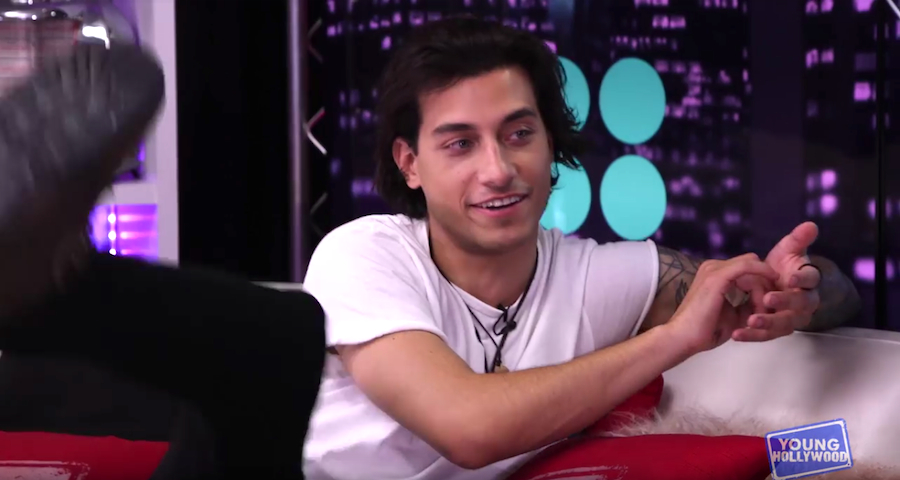 Like most people, we have been obsessed with all things "Riverdale" since it debuted last fall. With Season 2 just getting underway, we are looking out for characters that are poised to have a more central role in the upcoming season. One of those is Rob Raco, who plays Kevin’s (Casey Cott) love interest Joaquin and is poised to be a much more visible presence on The CW show as Kevin’s storyline continues to develop.

There has been a lot of buzz around Raco and his character Joaquin, as he is a straight man portraying a homosexual character. Historically, this would have been a controversial decision, but nowadays it is a move that can generate a lot of buzz and elevate actors' profiles significantly (for example, Jake Gyllenhaal and Heath Ledger in Brokeback Mountain, and more recently Nick Jonas, who has played two gay roles). Twitter is all about it and often applauds such moves.

Regarding the role, Raco told TVSourceMagazine.com: “This is my favorite thing about this show. Being a heterosexual man myself, portraying Joaquin as confident with his sexuality as I am with mine has been incredible. It’s inspirational to me. It’s fearless. Nothing is forced, nothing seems fake; love is the only truth, no matter how you title it. Our writing staff has done an incredible job nailing this.”

There is more to the Ontario native than just his booming acting career (has had roles in Beyond the Lights, Ted 2, and "Supernatural", in addition to "Riverdale"). He is also a musician and even owns a drum-manufacturing company, Essex County Drums, back in Canada.

Although he won’t give a lot away about Season 2 regarding Kevin and Joaquin’s relationship, he did leave us with a little bit of insight “I think it becomes less and less forbidden, but as the connection grows, so do the underlying secrets.” Talk about building anticipation! He also stopped by the YH Studio recently where he revealed that he was Casey Cott's first on-screen kiss(!) and shares his thoughts on the mystery of Who Killed Fred Andrews?! Check it out below!