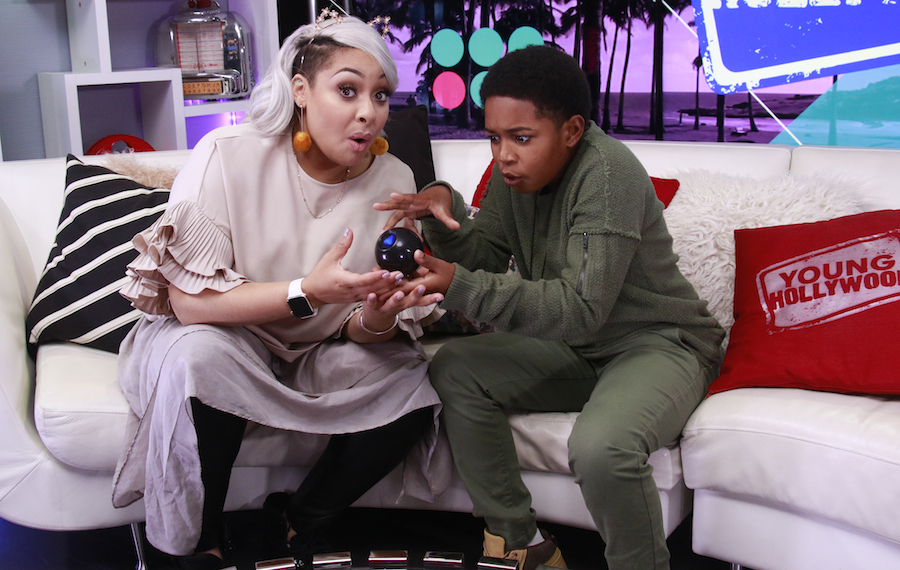 Flashback to easier days when the biggest issue most '90s kids had was figuring out whether Hilary Duff or Raven-Symoné was the reigning queen supreme of the Disney Channel. My clear winner was and always will be Raven. The stats speak for themselves; "Lizzie McGuire" had two seasons, while "That's So Raven" had four. Raven also used her real name on and off the show, which helped blur our youthful perception of Raven Baxter the character, and Raven-Symoné the actress. To us, they were one and the same. And I don’t really need to go into detail about "The Cheetah Girls" either, since those movies are iconic enough that they don’t need an introduction.

Like a wish come true, I was privy Raven's recent visit to the YH Studio to promote her "That's So Raven" spinoff/sequel series, “Raven’s Home”. Everyone was anxiously awaiting her arrival like a queen in exile returning to assume her rightful throne. The anticipation was intense, and once we heard her trademark laugh from a few rooms away, we knew that Raven was in the building. She may only be 5’2”, but her charisma and presence is anything but diminutive. She was everything one would imagine and more. She gracefully glided through the rooms leading up to our white couch wearing a fantastic outfit and a winning smile. She did not take a seat until she had introduced herself to everyone there. No diva airs about her. She possesses a truly electric and infectious personality (and can rock gray hair with kitten ears like no other).

Raven also had a younger talent in tow, Issac Ryan Brown, who plays her equally psychic son, Booker, on "Raven's Home". Issac is definitely one to keep an eye on, a major star on the rise. Originally a gospel singer from Detroit, he has been on an upward career trajectory since appearing on "America’s Got Talent" in 2012. Landing a gig with Raven is major and he fits the part perfectly. The chemistry between the two actors was so genuinely incredible that if I had been told that Issac was her biological son, I would have believed it.

The dynamic duo truly lit up the room to such an extent that the studio lights were redundant. We're so happy to have Raven back and are more than happy to share her with the next generation.

Check out Part 1 of our interview here, and Parts 2 and 3 below!