Reasons Why The "Downton Abbey" Movie Needs To Happen! 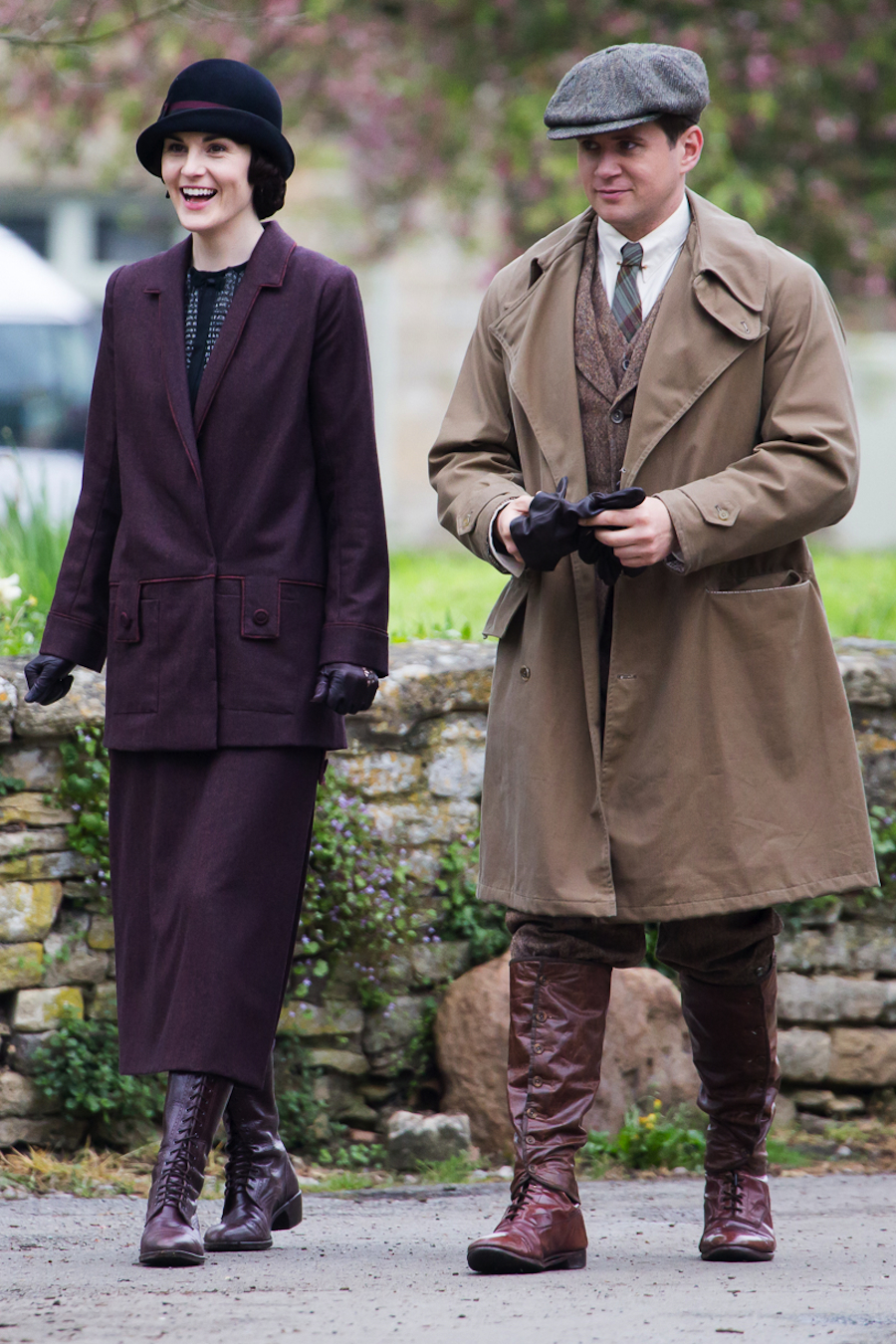 We love "Downton Abbey". It makes us realize what an error of fate it was not being born into life of leisure in a country estate during the post-Edwardian era. Living vicariously through the show is as close and we’ll get and that’s fine. The series garnered a legion of fans during its 6-season run on PBS, not only becoming a fan favorite but also critically-acclaimed, accumulating a whopping 69 Emmy nominations and 12 wins. Therefore we felt as if the Universe was throwing us a bone when we heard that series creator Julian Fellowes had a script in the works for a movie. Back in June, it seemed as if the stars were aligning when Michael Edelstein, the head of NBCUniversal International Studios, stated that he was “hopeful to make a movie sometime next year.”

Michelle Dockery, who played Lady Mary, cosigned Edelstein’s sentiments recently while speaking with withVariety, expressing her desire for a film adaption of the show, however, has not yet seen a script and reckons coordinating the ensemble cast’s schedules would be the biggest hurdle.

We figure it’s worth the stress. There are countless reasons why a film should be made. "Downton Abbey" cost more than one million euros to produce per episode, so it would only make sense that, instead of splashing out cash on long drawn-out seasons, they just give audiences a fantastic one-and-done movie. Everybody wins!

It’s not like the show ran out of storylines. The timeline of the show ranged from 1912-1925, so there is so much more historical material writers can work with to create an incredible movie. How does the stock market crash of 1929 affect the Crawley family? Will they be able to maintain their lifestyle?

How about the events leading up to World War II? Food rationing would not go down well with the Dowager Countess! How does anti-aristocratic sentiment in the mid-century affect life at Downton?

Passionate romances also played a major role in Downton with viewers becoming spellbound by some of the love affairs on the show, and after investing in six seasons, we cannot just be left hanging. Although we like The Earl and Countess of Grantham, and they are arguably the backbone of Downton, we enjoyed the unconventional and even scandalous relationships the most!

The development Lady Sybil and Tom Branson’s relationship was incredible. An upper-class English aristocrat’s daughter and an Irish Catholic socialist? Unthinkable. But they endured, and we want to see how their daughter, also named Sybil, has grown up.

Our ultimate OTP is, however, Charles Carson the butler and Mrs. Hughes the housekeeper. Their relationship was supreme #goals because it showed that love was not only for the young members of the upper crust but also for working class septuagenarians. Their iconic walk on the beach melted our hearts, and we want to see more of it. Period. Maybe they should even get their own film. LikeSomething’s Gotta Give but set in 1920s England.

We loved to hate the on-again-off-again villain Thomas Barrow, Downton's footman, and we found ourselves feeling bad for him as a gay man living silently in a society that did not tolerate that. Was he finally able to find happiness?

We were also happy to see Lady Edith patch things up with her sister Mary right before she (FINALLY) had her own fairytale wedding... but did it last? Those two had years of animosity to overcome; surely, it wasn't THAT easy!

And obviously it goes without saying that we need more of Maggie Smith as the Dowager Countess. She’s a stand-alone character and obviously the biggest star. We don’t mean to be grim, but considering Dame Maggie’s 83rd birthday is on the horizon, time is of the essence.

But what would a Downton Abbey movie be without those amazing costumes? As much as we loved the character dynamics, we couldn't keep our eyes off the stunning period fashions and watching them evolve over the course of the series.

We’d also be fine with a prequel, to be honest. We’re sure the Crawley family’s ancestors had just as much, if not more, drama happening in the 1500s...

The show has hosted a vast array of incredible, primarily British, actors who have gone on to have illustrious careers following their time at the Abbey. Some of the major names include Lily James, Theo James, Shirley MacLaine, Paul Giamatti, and countless others. We’re sure most of them would be down to resume their roles. So let’s make this happen!