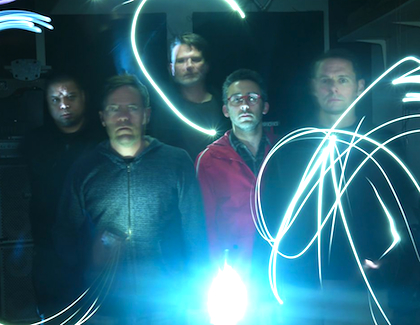 Burden’s Landing is the most recent release from Oakland indie rock group Winchester Revival, whose members originally started in other bands, so they all had experience and clear intentions when they formed this one. The members include David Rosenheim(vocals, lyrics), Andrew Lund (guitars, backing vocals), Ron Cruz (bass guitar), Kirk Snedeker (drums), Matt Glick(electronics), and, for this album, guest Amanda Guilbeaux on backing vocals.

With so many experienced people involved, the band reflects a variety of influences that could be described as a mix of post-punk, '70s SoCal pop, and something all their own. Rock, alternative, and indie can all be used to describe their style. Overall, the blended sound is organic and approachable.

The lead single off their album, “Last Night in Tokyo”, has an easy listening rock vibe. So easy, in fact, that you might just find yourself listening to it over and over again, and if you do, you’ll uncover some different elements each time you make it through. The whole album is like this, really, which just shows how well-layered the many different influences actually are.

You can imagine the sort of chaos that could come together with a few band mates used to different things, but in this case, it works. The song “Dilligence” is way higher energy and has some funky and almost music fest vibes. “Keep it Together” is a whole different thing, not bringing vocals into the ethereal instrumental intro until about a minute in, and even then it’s subtle.

This is one of those bands that you can be certain sounds exactly the same when they perform live. Their voice is clear and calm.