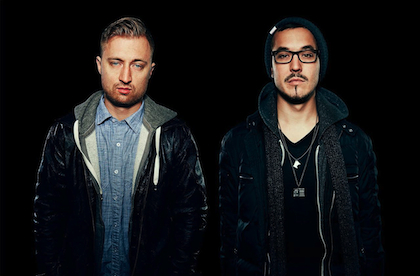 Hip-hop can go a few different directions. There are hip-hop artists who tend to say the same thing as everyone else over a different beat, and then there are artists who speak from their unique view of the world. It’s usually the latter that have the longer lasting careers.

Then there's Vision the Kid, an up and coming rapper from Minneapolis who seems to be taking the self-expression route to hip-hop seriously, making music that is both cynical and hopeful on the state of love and hip-hop in his personal life, and love, hip-hop, and America in society at large.

For his most recent album release, Somewhere in a Dark City, he teamed up with the producer Tru to take his personal thoughts into the realm of audience appealing and sometimes danceable music.

The album covers topics like heartbreak and addiction in addition to building one’s character, which requires a certain vulnerability from Vision to come through as heartfelt, which it does. Despite the sometimes heavy content, the music and the videos to go along with it is fun and seems to be just as likely to be appealing to a pop crowd as it does to a hip-hop crowd.

In the song “Devil”, Vision basically compares himself to drugs, but in the sense that he’s out there everyday going after what he wants and has something major to offer, not in the sense that’s he’s going to cause a problem. “Live From the Midwest” is an ode to where he’s from, and how he’s embraced being a Midwesterner instead of being ashamed of it like a lot of people have seemed to want to press upon him. Can you be a PBR-drinking white boy (by appearance) from Minnesota rapping your butt off? Of course you can! And Vision the Kid has no apologies about it, nor does he about socialism, or about boldly suggesting that people get out of their New York-and-edge-of-the-country worshipping to see the rest is out there.

Watch Vision the Kid rap for a minute and you’ll believe him, even if you don’t quite agree with him.