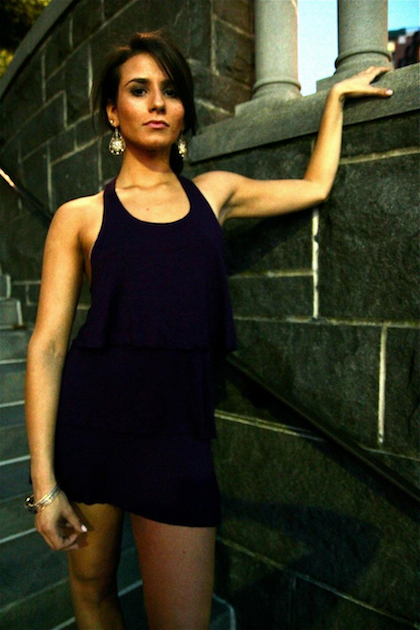 Lael Summer is technically still a student, but she’s busy making music and is already signed to the New York label True Groove Records. Summer grew up in New York city before she moved to Lo Angeles to enroll in USC’s elite Popular Music Program.

Her style is a unique and fun blend of soul, funk, pop, and bossa, which sounds both mature and fresh at the same time. She credits her time growing up in New York for a push in the direction of maturing and finding yourself quickly, and it is evident that she has. She was singing by the age of two and performing in showcases by ten.

Her first album, Burden to Bear, dropped in January of this year, following an EP she had released before that. Summer wrote all of the songs on her album with the help of Tomas Doncker (minus one Hall and Oates cover) and then was joined by band members for guitar, violin, bass, keyboard, drums, percussion, and horns. The album swings from rock, to R&B, to funk, and then always swings back to the bossa.

“I Need a Man” is a swinging jazzy pop song with retro influence and modern sensibility with lyrics like: “So tired of these nights / I got an itch to scratch and you ain’t doin’ it right / And I’m sorry to say I just ain’t satisfied / The fire in my heart I just can’t hide / You don’t really know what’s on my mind mind mind / I need a man to take me to the finish line...”

The song “Unconditionally” is a little more on the soulful jazzy side, and Summer’s voice rings clear and soft at times but solid and concrete throughout. It will be interesting to watch her evolution as an artist, as she gives the impression of a professional who has a lot of plans.

Of the album, she says: "Burden to Bear is especially precious to me because it is my first album; it's my baby. During the writing process, I had the freedom to explore all these facets of my identity I never really acknowledged or could make sense of. I picked through my thoughts, my dreams, my nightmares, conversations, observations, and memories, and used the fragments of my life to piece together something I could share with others."