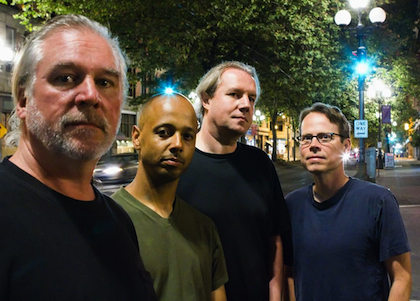 The blending of music genres gets taken to the next level with the band Gumshen and their most recent album, entitled Progtronica. The Seattle-based group is essentially a blend of progressive rock, rock, electronica, and modern indie music, taking inspiration from classic, natural passion but also by the wide array of tools available to musicians these days. In a time where more is possible than ever, they are inclined to do it all.

The band initially formed under the name Menthol James, with the sound of a traditional guitar-based rock band. Jan Ciganik (on the guitar) and Dennis McCoy were members of the original band, eventually dropping some members and bringing in theater actor and musician Ron Hippe to play the bass. By the time they recorded their second EP, they had had switched the band’s name to Gumshen and brought in another bass player named Rich Hinklin, and Hippe switched over to the keyboard and guitar, which started to change their sound a bit.

In the years that followed (about seven, to be exact), the band continued to evolve sound-wise and released an EP every year in addition to booking gigs. What resulted is a blend worthy of their current EP name -- unique but also clearly influenced by different types of popular rock. Progtronica makes it obvious that these guys have been playing together for a long time and playing well. 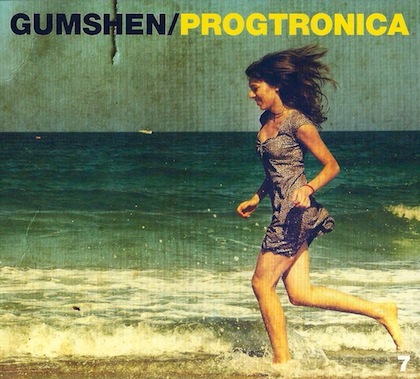 Their song “Not Every One of Us” is buoyant and engaging and wouldn’t be even slightly out of place in a '90s coming-of-age movie. The drums, keyboard, and electric guitar are individually available to the listener but also fit seamlessly together. “Jag It Up” is a little more on the electronic side but manages to feel retro and current at the same time. It’s almost like their genre changes with each song but continues to demonstrate their creativity and range without pulling back from the unified vibe of the group.

On their current style the band was quoted as saying: "Inspiration is all the music that's out there these days, wide variety. From great musicianship of Radiohead to simplicity of pop music like Phoenix, Franz Ferdinand, to huge sounds of dubstep. All new digital technology we recently introduced ourselves to -- endless possibilities of soft synths (namely ZETA software), and how we could liven up earthy songs about weighty human emotions with modern beats. But also you can hear of our original inspirations like Pink Floyd and early Genesis. I think Progtronica is a suitable description..."