PLAYLIST PICKS: Fire and the Romance 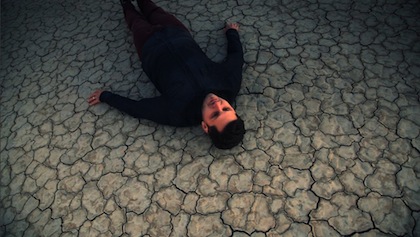 Fire and the Romance is an example of what can happen when you put together a diverse group of established musicians in an effort to create a new sound. Frontman Dion Roy was touring across Europe as a solo singer/songwriter when he got the idea to change things up and form a group, and the result was a bicoastal collective with an eclectic mix of sounds.

The band is based in both Los Angeles and New York, with different band members living on each coast. In Los Angeles, Roy’s keyboardist is Jenn Stone (who also works with Kesha), Topher Mohr plays on guitar, and Tom Breyfogle is on the drums. The New York-based band members include Leo Fraire on the drums, Jamie Pitrelli on bass, and Peter Roessler on the guitar.

The sound is a mixture that references the different influences its born out of but creates something new and accessible to the listener. The band’s genre could be classified as alt/pop/rock/indie, but there are also elements of electronic alongside traditional band sounds. They started recording their first EP as a group, “Adaptions”, which will be released this spring. In the meantime, their most recent single is “Way Down Below”, about which Dion says it: “…was born out of a pretty vocal melody idea I had in the middle of the night, but grew in just a few hours into this untamed emotional demon, complete with teeth and a killer haircut. You just can't look away."

If you’re not familiar with songs that explore toothy emotional demons, the single’s sound is slightly haunting, a little probing, but with a lot of pop/rock energy that would be equally perfect as a surprise performance in your neighborhood bar or found cruising the festival circuit and inciting dance parties.

“She’s a Devil” takes a lyrical turn toward relationship status but of the distressed and can’t-quit-you variety. The keyboard adds a tender storytelling quality to the song’s nighttime rock vibe… you want to keep listening to hear what’s going to happen next.

The group began to tour together and look forward to sharing more music shortly.