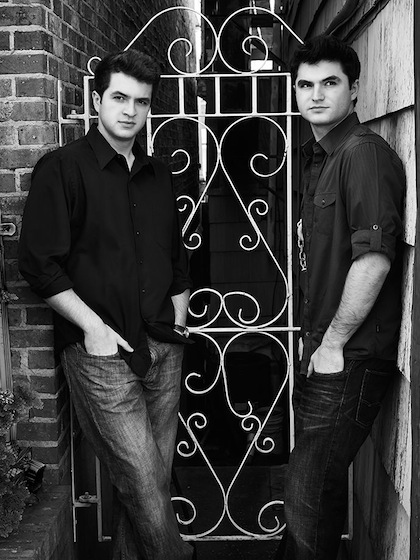 For the Como Brothers Band, music has always been a way of life. Their natural commitment and persistence makes their music feel focused but relaxed at the same time, like there’s not another option, so the force element isn’t necessary. Similar to how one might approach a normal human need, like eating lunch. You don’t necessarily know what you’re eating tomorrow or who with, but you’re going to be eating lunch either way. Their October 1st album release was named Baby Steps, perhaps because, while they know they’ve taken some of those, there’s only a matter of time before they’re full out sprinting.

The Como Brothers are actual brothers, also known as Andy and Matt. Their style is mostly pop/rock, with some blues thrown in. They grew up in New York where they have been writing songs and performing with their dad for their entire life. Music was never not there, which is why they consider it a way of life as opposed to a new hobby, even though they didn’t form their actual band until 2010. After regularly playing gigs all through high school and college, the time seemed right to make an attempt to reach a larger audience.

In those past couple years, they have landed gigs like opening up for the Wallflowers, playing a variety of music festivals, and have had their songs featured on some highly watched pop culture reality TV shows. Steps leading up to their recent album release.

Their first singles from their most recent album include “Straight Face” and “Late Nights”. The latter is a more angst-filled late night power jam while the former is almost a little jazzy. It’s perfectly matched by its music video, which features the lead relentlessly chasing after his girl of interest around town.

Their passion for music comes through as integrity, which is admirable for any industry but particularly in entertainment. Real emotion is the point of connection between people, and it’s hard to fake in music. They just seem like approachable guys, having real experiences, and jamming about it.