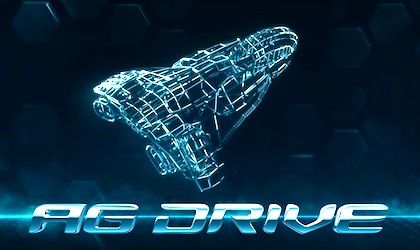 Fans of all thing video games might be interested to the compilation record AG Drive soundtrack. The album was created by variety of video game composers (including the one responsible for the Angry Birds soundtrack) and rounds out the AG Drive video game, which is ranked in the number one racing game spot in the U.S.

All of the musicians involved in this project (including Ari Pulkkinen, Burt Kane, Jonne Valtonen, Domestic Machine Movement, Tommy Baynen, City Cat, Little Bitchard, and Tommi Salomaa) come from a background of Finnish EDM style, which makes it a specific and unique sound that ends up being a mixture of electronic, alternative dance, and 8 Bit.

Ari Pulkkinen is the aforementioned guy behind the Angry Birds soundtrack, and now, after producing for a variety of video games, he has started his own record company called AriTunes Records. The game music label has big plans beyond the AG Drive soundtrack, and they definitely made a statement with it.

The music clearly encapsulates the feeling of driving (quickly), using sounds to mimic the feeling of the engine revving and layering beats that wind and get more complicated as they tick on. There is a definite '80s vibe going on, which is balanced out with the electronic elements of the music.

The track “Rapid Acceleration” by Tommy Baynen utilizes some more traditional video game sounds, while “Drive” by Ari Pulkkinen could more seamlessly slide into an electronic grouping that was made for a soundtrack outside of the video game genre.

The album is a fun listen, and with so many unique artists on the fourteen songs, there’s something for everyone who’s a fan of the style.